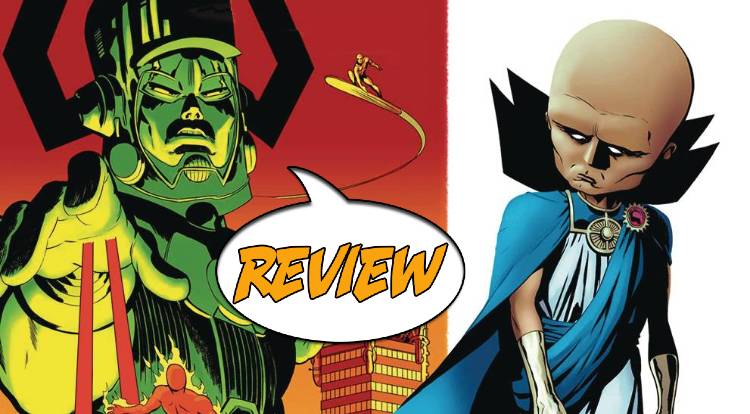 What is Uatu The Watcher’s greatest shame? And what will it mean for the Fantastic Four? Your Major Spoilers review of Reckoning War: Trial of the Watcher #1 from Marvel Comics awaits!

RECKONING WAR: TRIAL OF THE WATCHER #1

Previously in Reckoning War: Trial of the Watcher #1: In all of the Multiverse, there is only one What If world that Uatu has avoided watching, one What If that he never wished to see. And now it will be revealed: The story that could damn him for all time… and a revelation that could change everything in this universe.

WHAT IF THE WATCHER NEVER INTERFERED?

Having been captured by his own people, led by his father, Ikor, Earth’s Watcher has been taken into custody. Uatu has been trying in vain to get his dear ol’ dad to listen, to break the solemn oath of their people and get involved in the ongoing fight with The Reckoning, an ancient evil for which the Watchers are responsible. He insists that such interference is the only way to achieve a positive outcome, just like when he broke his oath the first time, to save Earth-616 from Galactus. That’s when Ikor shows him one reality that he’s never wondered to ask What If? about… a world where he never helped the Fantastic Four. Uatu is horrified to see that world’s Reed Richards, taken by surprise by Galactus, still rise to the occasion. Without the Ultimate Nullifier, the team takes a beating: Galactus blinds The Invisible Girl to neutralize her powers, The Human Torch burns so hot that he even scars his own inflammable flesh, and Galactus’ Punisher android nearly kills The Thing.

All seems lost… until it seems otherwise.

BUT IS IT ALL REAL?

Ikor’s plan works, in that it leaves his son horrified to see that he might have broken a sacred oath for nothing, but seems to seed doubts in some of the other Watchers, while allowing Nick “The Unseen” Fury to infiltrate their world. It’s interesting to see a What If? reality that ends so well, especially given what it implies about Uatu and his oath, but best of all, this one-shot side story fits perfectly into the Reckoning War storyline and makes it deeper and more meaningful for the FF and The Watcher. Rodriguez’s art shifts seamlessly between Kirbyesque pastiche and modern styles, while the visual representation of the FF’s battle wounds is gruesome and somehow utterly heroic at once. Slott has apparently had the germs of the idea for this story for years and it’s clear that this issue was a part of it, even if I don’t trust Ikor to show his offspring the truth.

BOTTOM LINE:WORTH THE PRICE OF ADMISSION

When it comes to big issues like this, it’s sometimes easy to think of them as overpriced, but Reckoning War: Trial of the Watcher #1 puts the lie to that, with excellent art and a clever, creative story that feels big enough for both the extra pages and the extra dollar, earning a well-deserved 4 out of 5 stars overall. It seems like a lot of readers are sleeping on Reckoning War, but it’s providing some old-school Marvel cosmic action but with some fresh new twists. I recommend checking it out.

RECKONING WAR: TRIAL OF THE WATCHER #1

Uatu's nightmare reality is a dramatic kick in the teeth, while Rodriguez puts together some very good visuals, even channeling Kirby admirably.

It's a solid comic book.