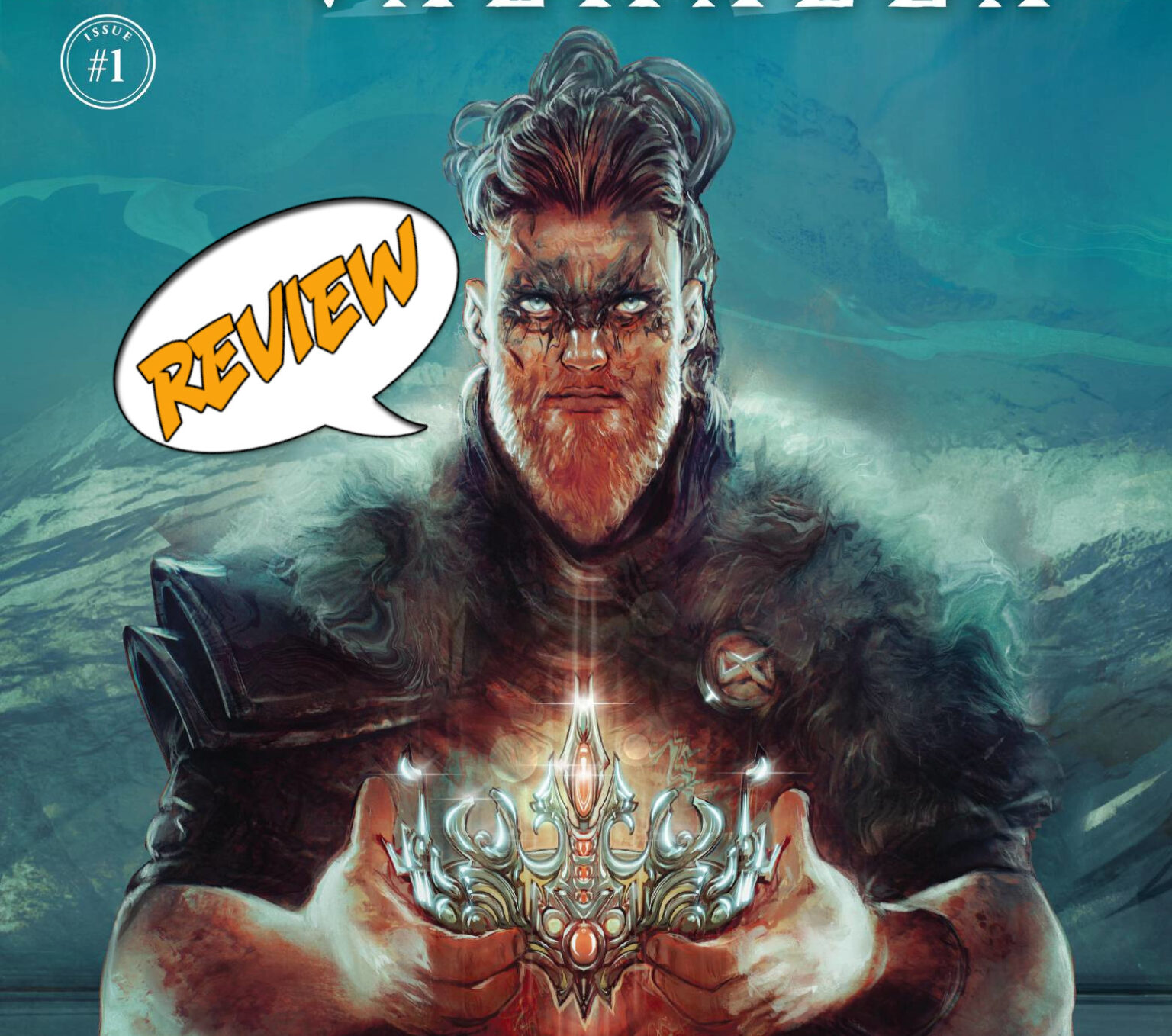 Baldr, the god of light, sees a war threatening to destroy the nine realms. Find out if he can make peace with the fire giants in Assassin’s Creed Valhalla: Forgotten Myths #1 by Dark Horse Comics!

Assassin’s Creed Valhalla: Forgotten Myths #1 begins with Thor, Baldr, and Heimdall discovering a fire giant on Asgard’s borders. Baldr tries to determine the reason behind the attack, but Thor destroys the monster and traps Baldr in a cave before he can get any answers. As Baldr tries to find a way out, he finds a dwarf who helps him while explaining the war threat from the fire giants.

Baldr returns home but finds himself disturbed about the potential threat and heads out to try and see if he can broker peace. On his journey, he finds a fish to help guide him. The fish takes him to a place where he has a vision of Eysa, Daughter of Surtr, and is tasked with winning her heart. Baldr realizes that this fish is Loki, who was also the dwarf that previously led him to safety. With that, Baldr and Loki team up to bring peace.

Usually, I’m not very interested in comic books based on video games. As I was reading, I was surprised that Assassin’s Creed Valhalla: Forgotten Myths #1 made it clear that this story is loosely based on myth rather than something historically accurate. They even have a page dedicated to justifying this interpretation in the comic book itself. Which I found amusing, to say the least. I think this issue sums up the comic. It was entertaining and enjoyable but did not have a lot of depth to the characters. Baldr seems exceptionally well-rounded and three-dimensional, but we haven’t reached a point in the story where he has gotten a chance to shine. Hopefully, Bladr will get his heroic moment in the next comic issue.

Assassin’s Creed Valhalla: Forgotten Myths #1 shows a reinterpretation of a classic story. Perhaps the best praise I can give is the ease of reading throughout the comic book. It feels like a wholly unique story from an original perspective. With that in mind, this book is a solid 3.5 out of 5. A good, solid read.

Assassin’s Creed Valhalla: Forgotten Myths #1 provides a great story that features an integral part of the lore in the game.