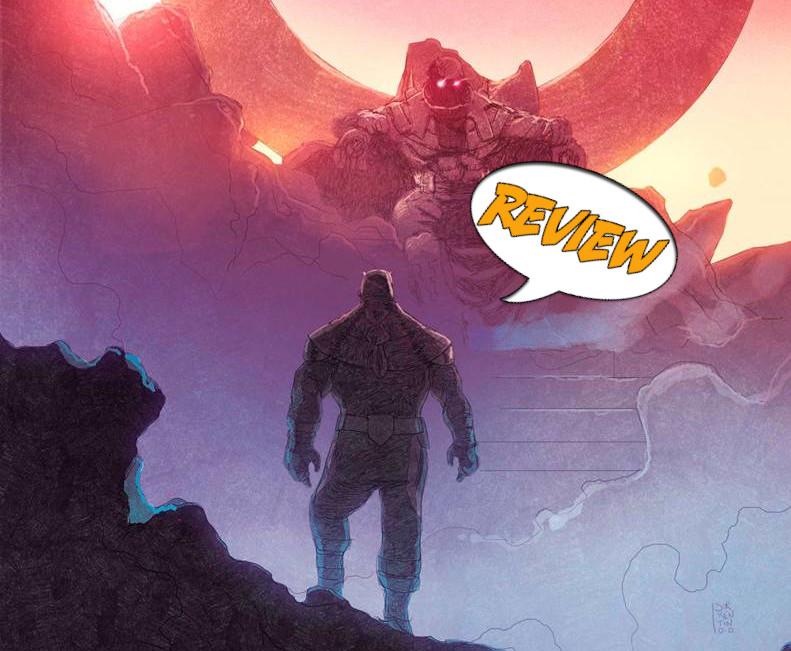 Thanos rules the Eternals, and now it is time to meet the man from whom the original evil came. He is to meet Uranos, the Undying. Check out what happens in Eternals: The Heretic #1 by Marvel Comics!

Previously in the Eternals: The Prime Eternal is an elected leader who controls the Machine. That title now belongs to Thanos, the Mad Titan. However, once upon a time, a man known as Uranos wanted to dominate the planet. He was stopped by his brother during the Uranos War. Now he sits in prison, waiting to be free once more.

Eternals: The Heretic #1 shows Thanos dragging a prisoner down to a cell while talking to Druig about Uranos. Thanos opts to meet with Uranos directly and see what there is to learn from him. Ultimately, Thanos convinces Uranos to tell him his story and why he tried to commit genocide. Uranos then informs Thanos (and the reader) that he was sent to follow three Principles; one was to correct any deviation. The people on Earth 600,000 years ago were called deviation, but sometimes they grow dangerous. Uranos tired from having to hunt down every monster and decided that killing every deviation was the answer.

His brother Kronos disagreed, and it seemed that this was the end of the conversation. However, Uranos went behind his brother’s back and destroyed the central city, nearly killing every single deviation, good and bad. This prompted the war, which he lost. Kronos and Oceanus tried to sentence him to death, but Uranos held the key that could shut down the machine, and thus they chose to imprison him. As Thanos leaves, Uranos gives him the imprint-key to the armories of Uranos.

I’ll be the first to admit that I never found much interest in the Eternals and the Celestials. That part of the Marvel Universe never grabbed my attention. But when I saw that Eternals: The Heretic #1 was written by Kieron Gillen, I figured I needed to give this comic a shot. And I was pleasantly surprised by the depth of the writing here. This comic is just a simple conversation between two evil people. Both fully acknowledge that they are villains. And the conversation wasn’t justification; it was just stated as a matter of fact. And for some reason, that allowed them both to have some mutual respect. This exciting relationship has been developed between these two characters in just a single comic. Great work here.

I was a little dissatisfied with the art at times. I couldn’t pinpoint why, but I realized that I was reading this comic like a book and ignoring the art. When I did additional read-throughs, I realized that the art didn’t have that much detail. These deviations didn’t look like much on the page and couldn’t grab my attention away from the writing. Which is a shame. Not to say the art was awful; it just didn’t fit my expectations for the book.

I think Eternals: The Heretic #1 is a worthwhile pickup regardless of your familiarity with the Eternals. The story here is well done and deserves quite a bit of attention. I’ll give this a solid 4 out of 5 from me, and I am now invested in whatever happens next for The Eternals.

Eternals: The Heretic #1 shows a depth of character through a single conversation between two major villains.