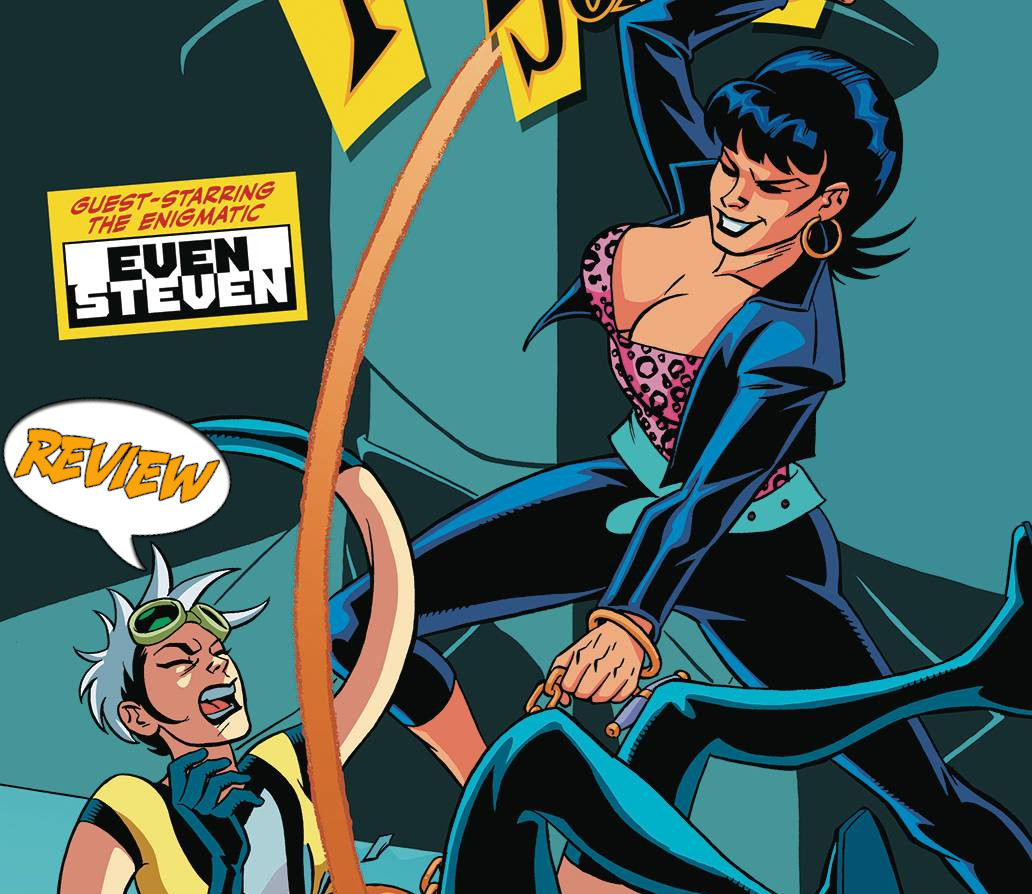 Impossible Jones is now a public superhero! But being a hero doesn’t always pay the bills, and trouble is always around the corner. Find out what happens in Impossible Jones #4 by Scout Comics! Previously in Impossible Jones: Isabelle turned into the density-changing superhero Impossible Jones after a freak accident! Realizing that she changed, she swore revenge, stopped the Saint of Knives, and is now a public hero. Unfortunately, someone has come after her boyfriend, Jimmy, after failing to return a piece of technology he stole!

Impossible Jones #4 begins with our heroine returning to her loft to see it destroyed. She finds Fosca there, who reveals that Jimmy was probably taken by Mr. Monster. Luckily, Isabelle knows where to find him. On the other hand, Jimmy is tied up by the Homewrecker when Mr. Monster comes in. Jimmy tries to activate the piece of technology on his hand but cannot get it to work. Mr. Monster orders the Homewrecker to cut off his arm to claim the tech for himself.

Luckily, Impossible Jones jumps in and saves Jimmy, but the Homewrecker is too strong for her. Instead of a direct fight, she forces Homewrecker to attack the ceiling, causing rubble to fall off her. Jimmy uses his new arm to shift through the bonds but accidentally creates a portal and falls through it, leaving Jones alone with Homewrecker. But Jones gets some backup when Even Steven shows up to even the odds. After defeating the Homewrecker, Jones leaves and tries to find the balance of being a thief and a hero at the same time.

I really enjoyed Impossible Jones #4. It is very quirky, and the protagonist is likable because she goes through a lot of temptation. She struggles with using her abilities for good and using them for profit. And we even get a scene where she was going to steal something. Through a conversation with another hero, she realizes that there is a better way to make some extra money.

On top of that, there was a cute flashback scene between Isabelle and Jimmy that makes both characters relatable. The only thing I regret is that we don’t get much information about Jimmy. He just disappears, and we are promised more of him in the next miniseries. Great work with the characterization of these characters by Kark Kesel, and there is plenty to hook us into whatever comes next.

Scout Comic has done an incredible job with their comic lines lately. The art has a classic superhero feel, and the storylines are exceptionally well written. Impossible Jones #4 is a solid 4 out of 5, and I can’t wait for the next storyline.

Impossible Jones #4 gives a great conclusion to this series and a hook into the next one.