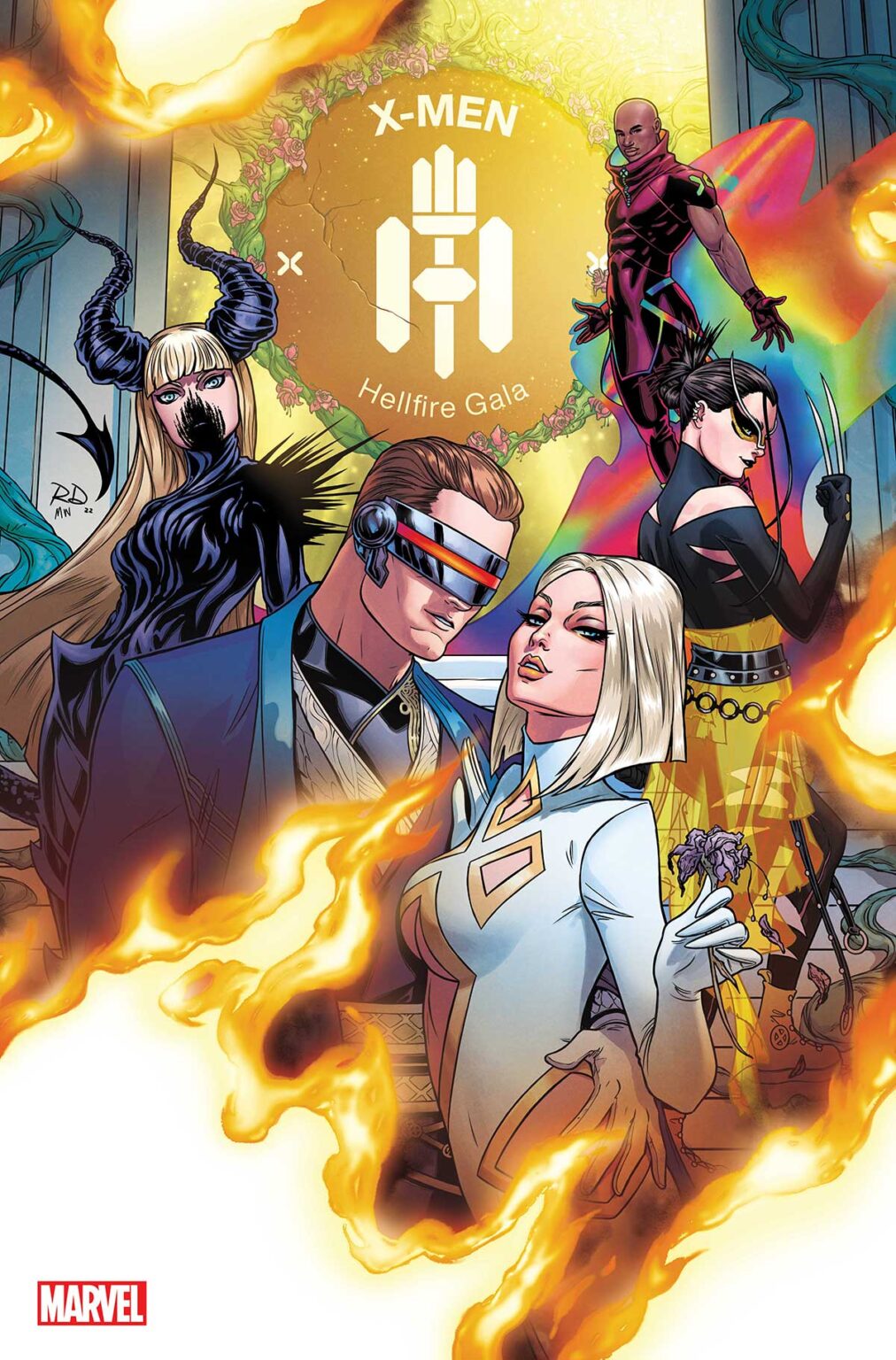 At last year’s gala, mutants changed the face of the solar system, terraforming Mars and claiming it for mutantkind. This time around, they’ll once again set out to bring radical transformation to the Marvel Universe and are inviting every super hero on the planet to witness it. And when an uninvited guest crashes the party, the chaos that ensues will cause cracks in the very foundation of Krakoa and lead directly into the biggest Marvel story of the year– Kieron Gillen and Valerio Schiti’s JUDGMENT DAY! All that plus the reveal of the new X-Men lineup and the winner of the mega-popular X-Men fan vote. The seeds for what’s to come in the X-Men franchise over the next few years are planted right here!