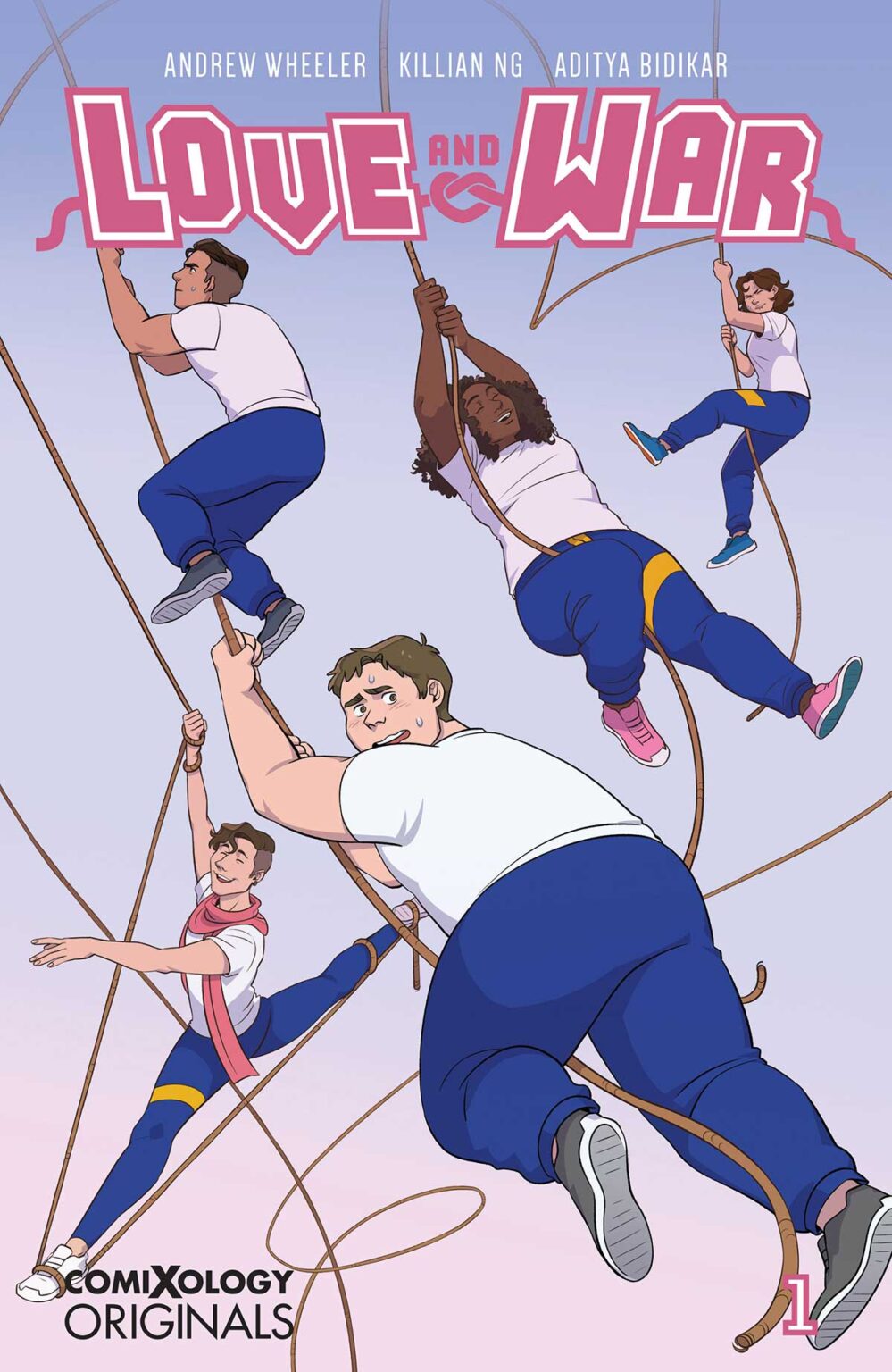 Love and War explores the competitive world of Tug-of-War

Andrew Wheeler and artists Killian Ng and Guillermo Saavedra are teaming for Love and War, a new ComiXology Originals series set in the competitive world of varsity Tug-of-War.

Welcome to the Aster Academy School for Arts and Sport, where Tug-of-War is the game of champions. This year the varsity Tug-of-War Team is determined to win against their rivals Kingdom College. Thanks to Coach Toth, whose motto is “Excellence, Commitment, Determination, Passion,” Domo, a shy, heavy-set boy, is named the new co-captain of the Aster Academy team. Can Domo help lead his team to victory while he struggles with his feelings for ambitious rival Gabriel and new recruit Emil? Will his co-captain, Jocasta, a serious athlete who will stop at nothing to prove she’s the best, help or hinder their chances? And in the end, will Domo rise to the challenge of captain, or do his real strengths lie elsewhere?

Love and War will debut on ComiXology Originals on April 12, 2022, and will get a print edition at Dark Horse Comics in September.