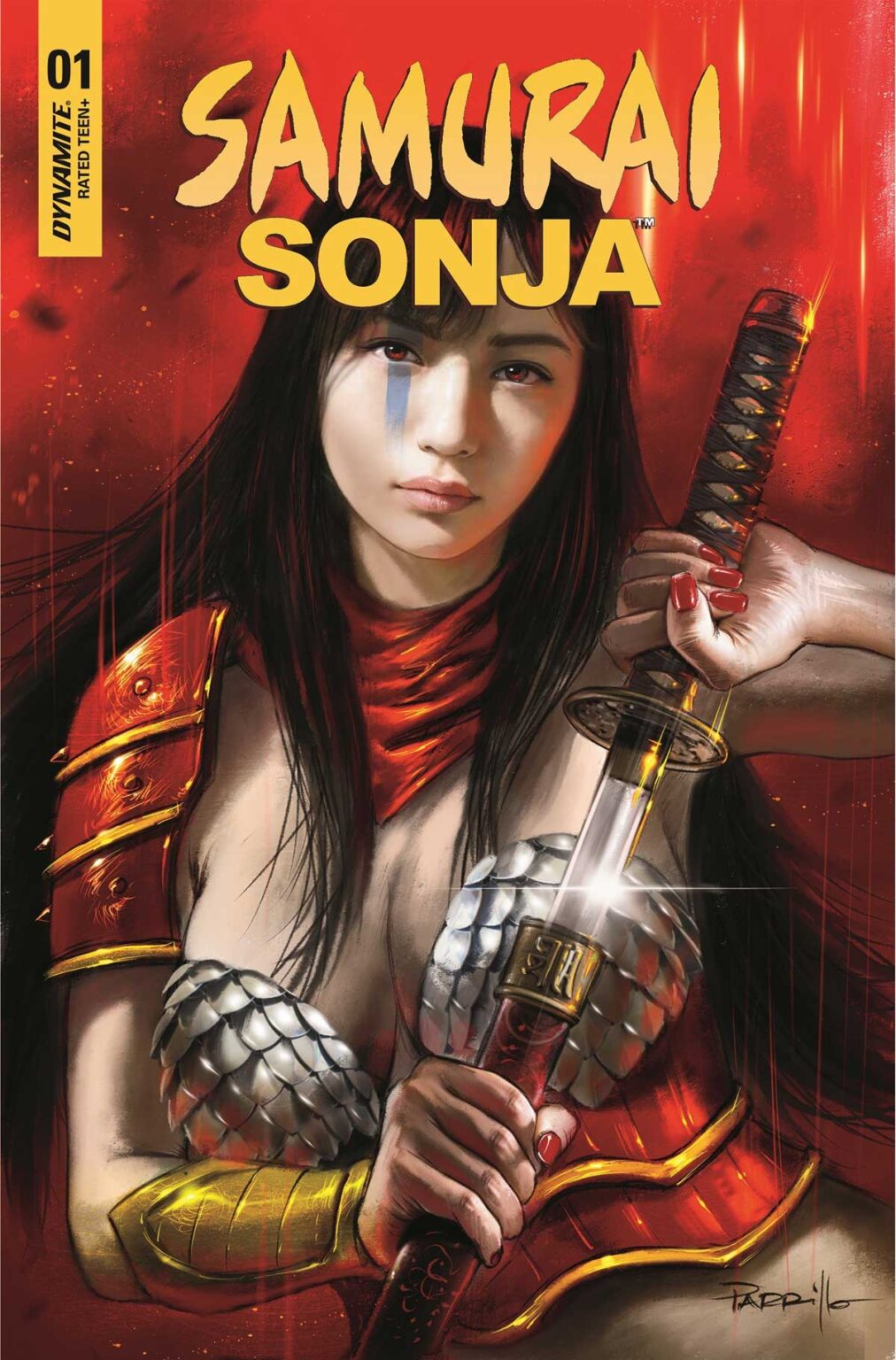 Sonja learns the way of the samurai

Thanks to the Sonjaversal event, there are an infinite number of Red Sonjas that exist across time and space. Now, Dynamite Entertainment is set to take readers to the Sengoku period as Red Sonja becomes a samurai to prove herself worthy of her family’s legacy.

Samurai Sonja is written by Jordan Clark with art by Pasquale Qualano.

Samurai Sonja combines elements of real-world Japanese history with the unique mythology of that culture as well. The Sengoku period lasted circa 1467 to 1615 and was marked by endless civil war and tension following the collapse of the last major government. Prominent figures such as Oda Nobunaga are known for this period, and many of the most famous historical dramas in film, television, anime, manga, and video games are set in this time. On top of that, this new vision of Sonja will be encountering legendary creatures from Japanese folklore, including the Demon King, Shuten-Dōji.

For longtime fans of the She-Devil With a Sword, this will be a thrilling alternate take on her journey and hallmarks. It’s also the perfect pickup for someone who’s never read a Red Sonja comic in their life. While the creative team is also pulling inspiration from other major samurai classics like Samurai Jack, the Vagabond manga, and of course the masterpieces of filmmaker Akira Kurosawa.