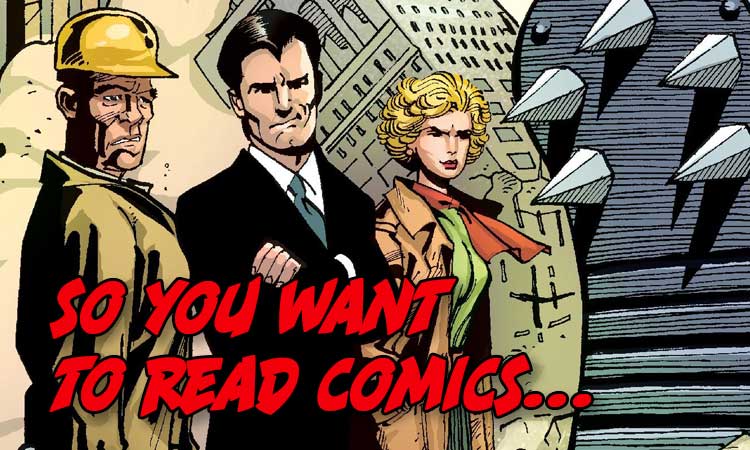 So You Want To Read Comics: Day Job Edition

We’re putting in the work with this week’s “So You Want To Read Comics”.  This is our weekly feature where we take a look at a single topic or genre and then give you two comic book recommendations, perfect for new readers, based on that topic or genre.  This week, we’re looking at comics about working a day job.

On average, people across the world work 35 hours a week, or around 1820 hours a year.  It only makes sense then that so much of the media we consume is somehow related to doing jobs or workplace drama.  The day in and day out routines and strange characters encountered in the workplace are things most people are able to relate to without having to jump through too many mental hoops. Sitcoms like The Office and movies like Office Space have become engrained in our popular culture, while books like The Jungle by Upton Sinclair have had actual impacts on the conditions people work in to this day. Comics get in on the fun as well, as so many famous superheroes have jobs that are integral to their identities such as Superman being a mild-mannered reporter or Peter Parker making a little extra cash photographing himself.

Here are a couple of comic books that really capture the “joys” of working, in ways only comics can.

Originally created in 1988, Damage Control is a construction company in the Marvel Universe that handles most of the aftermath of the destruction that happens in a typical comic book featuring Marvel characters.  So, if Hulk smashes up a city street, or Thor accidentally knocks down a warehouse, Damage Control is there to clean things up.  These issues typically are on the lighter side of things, while also showing a side of the universe that rarely gets a lot of attention, that being what day-to-day life in a world filled with brightly colored costumed heroes is like.  Now, while Damage Control can sometimes act as a bit of a commentary of whatever is going on in the bigger continuity, just basic knowledge of the more popular Marvel heroes should be enough to enjoy what’s going here.

It’s no secret that the topic of labor unions is one of the most debated topics out there.  But, their presence and history are integral to the story of employment in the world.  It’s this debate that forms the core of the tension in C.O.W.L. This comic book series centers on the Chicago Organized Workers League, which is the world’s first labor union for superheroes.  Set during a time when the public opinion towards unions, especially superhero ones, has shifted towards the negative. C.O.W.L. features a lot of parallels with real-life issues revolving around unions, the oppositions towards them, and the reasons why they’re started in the first place. One part mystery/conspiracy drama, one part two-fisted superhero story, and one part social commentary about some of the darker aspects of capitalism, C.O.W.L. is an interesting read, to say the least.

Did you have a chance to check out these recommendations?  Do you have some of your own? Let us know in the comments section below.