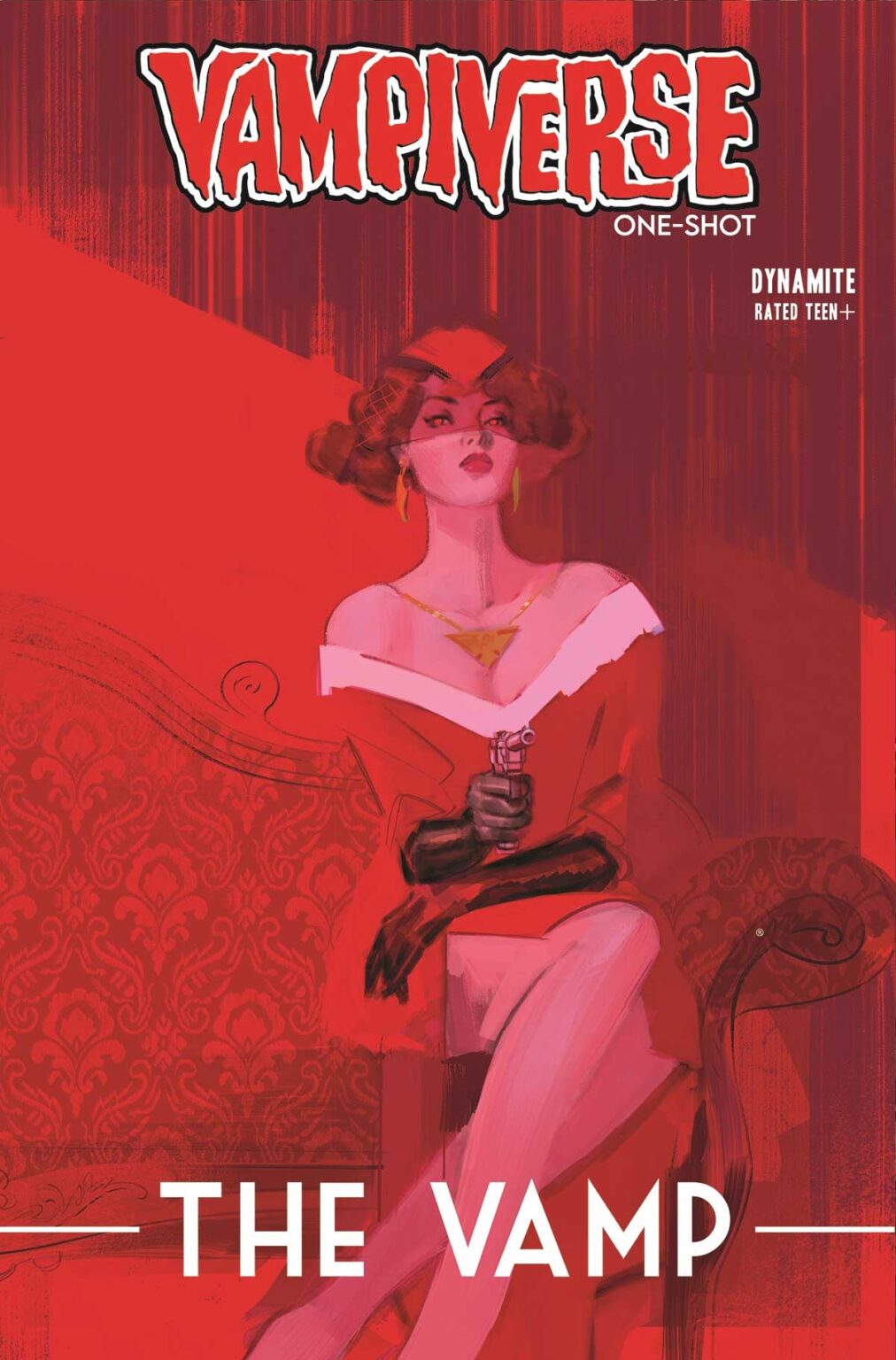 Dynamite Entertainment has announced a new Vampiverse one-shot that dives deep into the world of The Vamp.

The Vamp will feature work from writers Tom Sniegoski and Jeannine Acheson, with art by Daniel Maine.

The Vamp is a mysterious crime fighter in a 1930s pulp world. Now her full origin will be revealed. Where did she come from? As well as how she established her reputation and became the scourge of all things evil. Even in this world, the infamous Cult of Chaos exists, and she may even have a surprising connection to them…

Writer Jeannine Acheson said in a press release from Dynamite Entertainment, “The Vamp was definitely one of the characters that stood out to us as we wrote the Vampiverse mini-series. She was one of the more ‘fleshed-out’ Vampirellas — taking on a life of her own as soon as she appeared — so Tom and I are really excited to re-visit her in this issue!”

“I’m a huge fan of the pulps (The Shadow, Doc Savage, The Spider) and getting a chance to write a Vampirella with that kind of crazy, over-the-top storytelling is something that I can’t wait to do,” said writer Tom Sniegoski in the same press release. “There’s even a talking orangutan butler, for Pete’s sake!”

Vampiverse Presents: The Vamp #1 arrives is scheduled to arrive in June 2022.