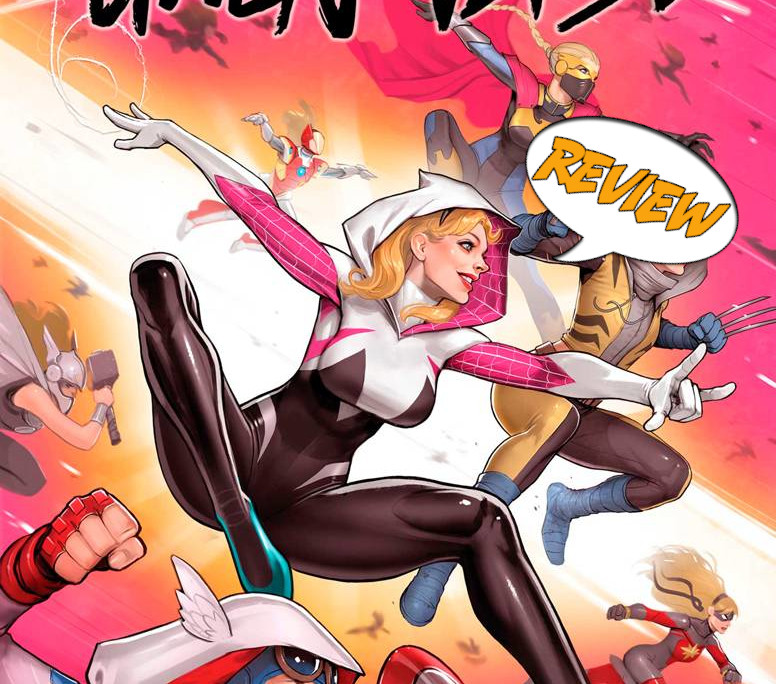 Gwen Stacy was bitten by a radioactive spider and became Ghost-Spider! But what happens when she meets other versions of herself through the multiverse? Find out in Spider-Gwen: Gwenverse #1 by Marvel Comics!

Spider-Gwen: Gwenverse #1 starts with Gwen Stacy stopping a crime against the She-Bodega Bandit! Donning her Ghost-Spider costume, she can quickly arrest this elote slinging villain. However, this incident caused her to miss performing for a concert with MJ, which strained their relationship. On top of that, her father is upset that she is traveling the multiverse and hanging out with Miles and Peter Parker.

After a difficult day, Ghost-Spider decides to travel the multiverse again to clear her head, but something goes wrong. She runs into Spider-Zero, who takes her to a futuristic version of her world. Checking the Web of Life and Destiny, Spider-Zero realizes that when Gwen was traveling, she was zapped and unintentionally made five new universes. Running from a robot, Spider-Zero sends them to the multiverse where Ghost-Spider meets Thorgwen!

I enjoy the character of Spider-Gwen and her character design. She represents a hero that my daughter can relate to, and there are a ton of incredible stories where she can provide an interesting perspective. Spider-Gwen: Gwenverse #1 proves that there is depth in this version of Gwen Stacy. There is a complexity to telling a unique story. But sometimes that is hard to take seriously when your main antagonist behind the scenes seems to be someone who uses memes, and there is an introduction of Thorgwen drinking alcohol.

However, this theme of Gwen wanting to be in the spotlight is incredibly engaging. The introduction of different versions of Gwen, like Gwenthor, provides a mirror for Ghost-Spider to see herself and face her insecurities. This is an excellent plot point. While Into the Spider-Verse storylines have been done repeatedly, I’m excited to see the new perspective. I think this is a serious comic to look out for with terrific character design and coloring.

Spider-Gwen: Gwenverse #1 is an exciting story that is exceptionally kid-friendly. This is a high recommendation if you are looking for a new book to give to a younger reader. And the book promises different versions of Gwen Stacy that are certain to be entertaining. This comic is a 4 out of 5 from me, and I’ll be looking forward to future issues.

Spider-Gwen: Gwenverse #1 is an excellent comic that provides depth to Gwen Stacy's character.