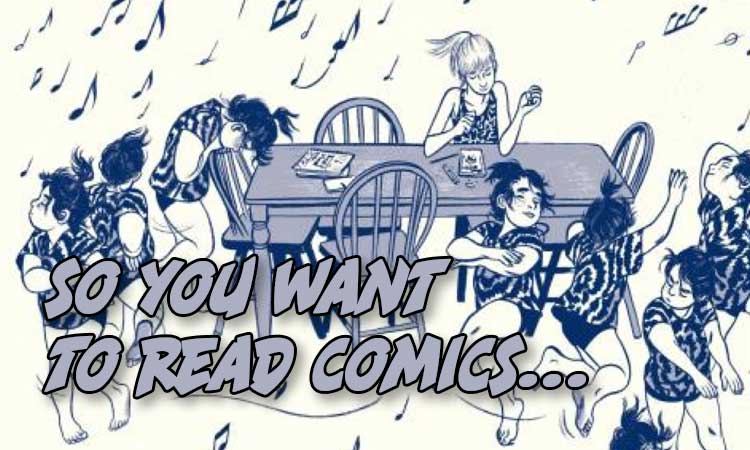 So You Want To Read Comics: Banned Edition

We’re breaking the rules this week with “So You Want To Read Comics”.  This is our weekly feature where we take a look at a single topic or genre and then give you two comic book recommendations, perfect for new readers, based on that topic or genre.  This week we’re taking a look at comic books that have been banned.

It’s hard to pinpoint exactly when the practice of banning books started.  Most likely it’s always been utilized as a form of censorship ever since the invention of the written word. Book banning is often enacted by a group that holds some semblance of power as they try and keep things that oppose their personal beliefs and morals from existing.  It’s essentially used as a way to dictate what sort of messaging is out there and if there is any perceived challenge towards one’s personal views.  Ironically, in some cases, a book that is banned in some form, can lead to increased sales for that book.  Yet, the act of banning any sort of media is often viewed as a controversial decision and is rarely viewed as a positive decision by anyone other than those who pushed for the ban in the first place.

So, what are some great comics that have been banned and also good for people looking to get into reading comics, well here’s a couple.

Maus I: A Survivor’s Tale: My Father Bleeds History

In early 2022, the McMinn County School Board in Tennessee voted unanimously to have Maus removed from the school library shelves and banned it from being used as a teaching tool in the classroom. The school board claimed that because the book contained swear words and depicted minor nudity, it was unfit to be in the classroom.  Maus is the story of the creator’s father’s experiences with The Holocaust.  Instead of people though, the characters are depicted as various animals like mice, cats, dogs, and pigs. Maus is considered one of the greatest graphic novels of all time and is used across the world as a way to help introduce students to the horrors of The Holocaust.  People opposed to the ban state that the censorship of material related to The Holocaust only diminishes atrocities committed.

You can listen to the Major Spoilers Podcast discuss Maus here.

This One Summer is a powerful graphic novel that tells the story of a pair of young girls Windy and Rose and one summer they spend together on vacation.  Along the way they start to come to terms with their own feelings as they grow up and they start to see the adults around them as flawed humans rather than idealized people.  The depictions of youth in this graphic novel are considered some of the best in the medium. This was incredibly well-received as it went on to win an Eisner Award and was the first graphic novel to receive the Caldecott Honor.  But, soon after its release it began to be banned from schools and was considered the most challenged book in 2016, specifically for profanity and sexual references.  The creator went on to say this in regards to the bans “…expelling these books does is erase queer experiences, queer lives.”

You can listen to the Major Spoilers Podcast discuss This One Summer here.

What are some of your favorite banned books?  Have you read these recommendations? Let us know in the comments section below.