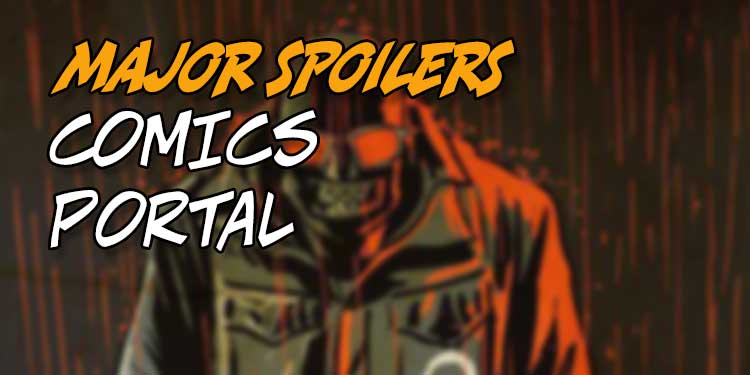 This past weekend, The Batman movie scored $134 million on its way to a very successful debut!

HOW DID THE FILM DO? Over the entire four-day period, The Batman grabbed $21.6 million on Thursday, $57 million on Friday, $43.2 million on Saturday, helping bring its kick-off weekend total to $134 million. Combined with the foreign ticket sales of $140.5 million, the film now stands at a global total of $248.5 million.

Now, if you haven’t heard anything about the motion picture, here’s the description:

“When the Riddler, a sadistic serial killer, begins murdering key political figures in Gotham, Batman is forced to investigate the city’s hidden corruption and question his family’s involvement.”

The film, which is listed as an “action crime drama,” was directed by Matt Reeves and stars Robert Pattinson, Zoë Kravitz, and Jeffrey Wright, among others. It is a whopping 2 hours and 56 minutes in length!

There have been reports of movie theaters reopening so they could show the movie. There have also been reports of full theaters, which is something the owners of those establishments would like to see more of, naturally.

It’s not called a “superhero” movie, and the mystery would be the same even if Bruce Wayne didn’t don his Bat-garb. As my brother used to say, it would still be a great movie even if Bruce never became Batman.

WHICH BATMAN IS IT THIS TIME?

WHICH BATMAN IS IT THIS TIME?

I know I talk about Batman often in this column, but that’s because I’ve been a Batman fan for just about my whole life.

What’s great is that there are different versions of Batman that appear on TV and in movies. Batman is still Adam West, the “Bright Knight,” to many people. He’s also hoarse-sounding Christian Bale or bulked-up Ben Affleck, my personal favorite. Even while this film is taking in lots of cash, the word “Batfleck” is still trending on social media. There are people in social media who continue to want to “Restore the Snyderverse,” and that includes Mr. Affleck.

The interesting thing is that they’re ALL Batman!

I think what makes that possible is the fact that Batman is adaptable. He could be all or any of those versions at any time. He’s also very human and often deals in shades of gray.

All this leads into a character who is a different kind of moral. In order to bring justice into a situation, he just might do anything or go anywhere! It’s what makes him one of the best-written characters in comics, in my opinion.

What matters in comics storytelling, or in live-action tales, is that it’s a good story. Do we believe it? Does it make sense? Is he a human being we can understand and/or relate to. I always wish that successful movies and TV shows would translate into higher sales for comics. Sadly, they just don’t.

Yes, some people who love the movie will seek out the local comics shop and peruse the Dark Knight’s books. They may even buy a trade paperback or two.

But the people running comics shops have told me time and time again that these people mostly don’t become regular customers. They may buy a little here or there, but they go back to watching TV or movies and stick to those arenas.

I never understand that. I love good stories no matter the venue. But I guess I’m the odd man out when it comes to storytelling.

I mean, the Avengers films did very well at the box office. Did they bring in new comics fans? Nope. Not hardly. There may have been a few new fans, but they just don’t translate into people happy to hand over their hard-earned cash at a LCS cash register.

I used to say that LCS folks should set up stands in movie theater entrances and try to sell their wares. Well, some dealers did that—not on my suggestion—and the results were poor to sad.

Movie or TV fans just want superheroes on film or the small screen. I hate to admit it, but it sure seems true.

HOW DID I REACT? I remember when I first got word that Pattinson would be portraying Batman. I was horrified! The guy from Twilight? Never! But as this was verified as actually happening, I had to step back and examine it. Granted, it’s a VERY different version of the Dark Knight than I was used to. But I try to put all this aside and just watch the movie when it comes out.

Then, too, I ordered the Hot Wheels version of his “Batmobile.” When I received it in the mail, I was underwhelmed. It’s basically just a car with a thruster on the back. And I’m a BIG Batmobile fan. Usually the “cool” factor gets involved. For me, not this time.

I read several reviews of the film, and they ran the gamut, as usual. It was described as everything from “fantastic” and “sleek” and “crafty” all the way to “joyless” and “poorly lit.”

So, what did I think of the movie?

I have to say that, while I really enjoyed the film, it’s not my favorite of the Batman franchise. It’s dark, it’s gritty, it’s mysterious on several levels. And that’s a good thing. Yes, it’s long, but my backside was able to endure it!

And there’s now a sequel in the works! I’m hopeful this means good things for the Dark Knight in the future. After all, Reeves is also one of the driving forces behind the upcoming animated Batman cartoon coming to HBO Max that also returns Bruce Timm to Batman. I’m really excited about that!

So, I’m again looking forward to Batman’s future on the small and big screens! I’ll take it… for now!

What do you think? Did you like The Batman? Did you go see it, or are you waiting? Did you not like what you’ve seen about it? Will you see it or not? Whatever your opinions, be sure to share your thoughts below!