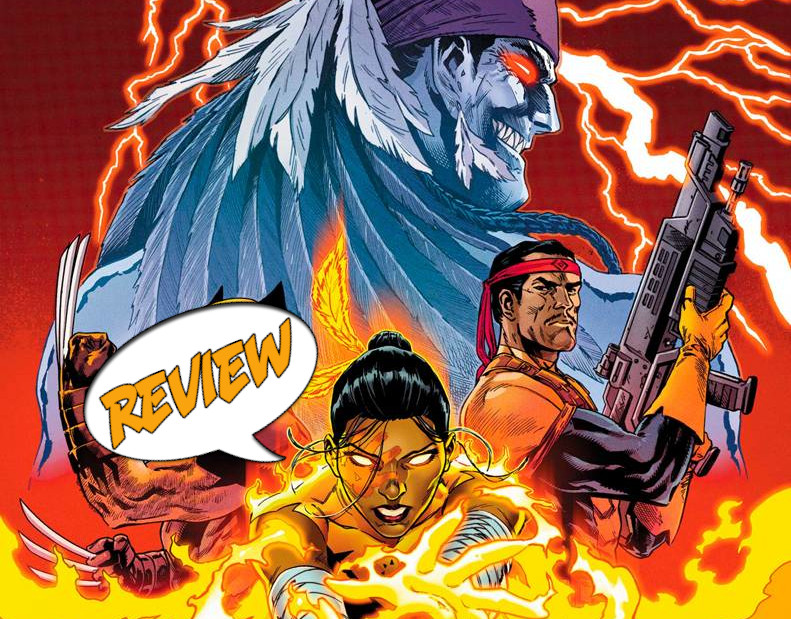 Maya is fighting the Adversary in the White Hot Room but is trapped in her own dreams. Can River and Forge save her in time? Find out in Phoenix Song: Echo #5 by Marvel Comics!

Previously in Phoenix Song: May Lopez has doubts about her role as the Phoenix, which allows the cosmic entity to control her. She met with River, who tells her to run from The Adversary and time travels her to the past to visit Maya’s ancestors. Maya tires of running and decides to fight the Adversary face to face but has fallen into his trap! River makes the ultimate sacrifice to try and save her and Forge arrives on the scene to lend a helping hand.

Phoenix Song: Echo #5 begins with River killing himself and arriving in the White Hot Room to battle the Adversary. Forge also comes there using mystical powers. Forge fends off the Adversary while River helps Echo escape the vision. It doesn’t take much to convince her because Maya already realizes something is off. As Maya wakes up from her stupor, she uses all the powers of the Phoenix Force to go through The Adversary’s ancestral line and reduces him to his essence. But there is still a problem, River still killed himself. Phoenix uses her untapped power of the Phoenix Force to help guide him back to the life of living.

Back in the present day, River and Maya wake up in the present day. Maya finally agrees to train with Forge to help her control the Phoenix Force. The miniseries ends with Maya and River agreeing to go on a date.

I’ve enjoyed this series immensely. Echo is a compelling superhero who tells a very complex story. At its core, Phoenix Song: Echo #5 tells a story about Maya dealing with imposter syndrome. She is constantly trying to figure out who she is, what she deserves, and her own skills in the matter. This was reinforced with characters like Forge, who saw the negative in the Phoenix Force. It only took Maya visiting her ancestors to realize her own strength of will. And that is a story worth telling in itself. I hope Phoenix Song is the start for Echo becoming a prominent player in the Marvel Universe and not just a side character that she is often pushed into.

I was a little lukewarm with the blooming romance between Maya and River. In Maya’s vision, she had a happy life with River, but I never really sense any romantic interest outside of that. So I was surprised when the series ended with them going out on a date. I don’t hate the idea, but it didn’t seem earned by the creative team.

I highly recommend picking up Phoenix Song: Echo #5 or the inevitable trade paperback. This is a solid series that tells a good story. It also shows us a culture that is underappreciated in the media. With solid writing and decent art, this could be an excellent gift for someone just getting into comics. 4.5 out of 5 stars for Phoenix Song: Echo #5.

Phoenix Song: Echo #5 concludes a great story that explores Maya slowly becoming the hero she is destined to be.