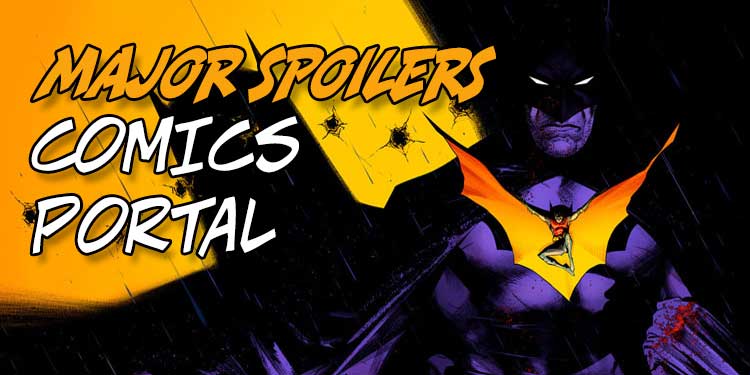 Chip Zdarsky, writer of Batman: The Knight and Marvel’s Daredevil, is taking over the Dark Knight’s ongoing title after Joshua Williamson’s current run in July. The recent ComicsPRO 2022 had lots of news, but the most intriguing information to me had to do with Zdarsky, who has been writing Daredevil for the House of Ideas for a long time, will helm the monthly Batman book for DC. This just might be the first time the same writer has been on both titles at the same time!

“To say that this is a dream job is an understatement,” said Zdarsky. “Writing Batman, carving out his terrifying future has been so much fun, and getting to do it with Jorge (Jimenez), the perfect modern Batman artist, is almost overwhelming! Failsafe is just the beginning; Jorge and I are taking Bruce Wayne to some really wild places, and we hope everyone enjoys the ride!”

What is the Failsafe story going to be about?

“Bruce Wayne is having nightmares of a future he can’t stop. But he may not make it to that future, as a startling enemy from Batman’s past has one relentless goal–to end Batman, no matter what it takes.”

Failsafe is described as Batman’s Doomsday, which intrigues me. We’ll see how that all shakes out, and soon! Hey, adding a new baddie to the Dark Knight’s Villains Gallery is always a sign of success!

Issue #125, when all this takes place, will be an oversized issue, and it will hit the stands on July 5.

It all sounds like Zdarsky is planning on writing the Dark Knight’s book for a long time! Given his success and longevity on The Man Without Fear, it’ll be something worth following!

What’s Jimenez’s take on all this?

“Returning to Batman is something really special for me,” says Jimenez. “Doing this with Chip, one of the best writers in comics, is simply the best possible scenario at this point in my career. Chip’s writing is inspiring me to create a new narrative and aesthetic, and I can’t wait to show Batman fans something different from my previous run.”

Other DC news from ComicsPRO included an upcoming Aquaman & The Flash: Voidsong miniseries, DC MECH: Justice Gets an Upgrade!, and the YA book Diana and Nubia: Princesses of the Amazons. Of course, all the recent news has focused on Batman (and the rest of the Justice League, for that matter) being dead as of Justice League #75 in a “Dark Crisis” coming soon.

What’s up with that? If Batman, Aquaman, and the Flash have new stories coming out, what does it all mean?

Apparently, the “Dark Crisis” will take place in a “self-contained near-future bubble of time” that will appear without disrupting ongoing monthly comics.

Honestly, I wondered how DC would continue with their biggest guns out of the picture. It sure sounds like they want to “have their cake and eat it, too,” as the expression goes.

This certainly contrasts with the “Death of Superman” event during which the Man of Steel didn’t exist, replaced by several other versions of himself. They even stopped publishing his monthly ongoing comic for a while.

Doesn’t sound like DC wants to duplicate that part of the experience even though they’ve often referred to that event as a model for what’s going to happen.

If this is truly how they will make this event take place, it’s going to muzzle the importance of said event quite a bit. It also pretty much indicates that the heroes will indeed return, as many of us have predicted would happen.

I can feel the sales declining already!

Given that Tom Taylor has crossed over Nightwing and the younger Superman, both of which he’s writing, could the stars align for Batman and Daredevil to meet again?

Probably not, but I can dream, can’t it?

What will be interesting for me will be to compare how Zdarsky handles both titles—what he does the same as well as what he does differently.

Of course, his Batman: The Knight book has pretty much set up the Bat-verse in Zdarsky’s eye already. And there are a LOT of differences between the two heroes as well as similarities that we’ve seen in their previous encounter.

For instance, both heroes lost their parents to violent criminals and rely on intellect and training more than any superpowers. While Daredevil’s enhanced senses give him something of an edge, he’s blind, so it evens out.

So, when July comes, I’ll continue to buy the Bat-books. Keeping the artist who has become pretty much known as Batman’s go-to guy on the title is a smart idea. It’ll keep those people who are art-centric on board, particularly if they enjoy Jimenez’s work.

Let’s face it—Batman continues to be the cornerstone for DC in Warner Bros.’ perspective. This will fly, or changes will happen quickly!

What do you think? Will Zdarsky continue Batman’s success? What have you thought about his current Bat-title? What do you think about his Daredevil run? Whatever your opinions, be sure to share your thoughts below!