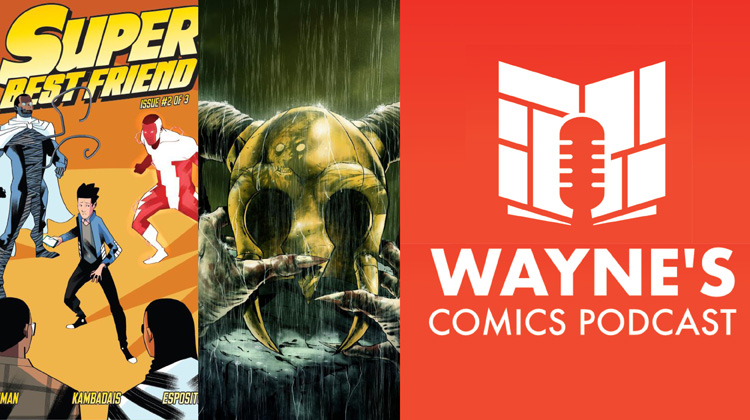 First up is Jason Inman, popular podcaster and comics creator! He has an already successful Kickstarter underway for Super Best Friend #1-2, which is described this way: “The live-streamer sidekick of the world’s greatest superhero must protect his best friend’s secret identity! A 44-page original comic!” We talk about how the comic came to be, who the various characters are, what inspired them, and what else Jason is up to! His Kickstarter will conclude on Thursday, March 3, at 9:56 am ET, so be sure to get on board after listening to this episode!

Then everything wraps up with my great conversation with Simon Birks, who has a Kickstarter going on for Clodagh 1 & 2, which is described as “a dark and disturbing journey of jealousy and evil, set in a world halfway between Game of Thrones and Scott Snyder’s Wytches.” We discuss the characters, how the series came to be, and what else is up at Blue Fox Comics! This Kickstarter will conclude this Tuesday, March 1, at 12:03 pm ET, so don’t delay—support them today!