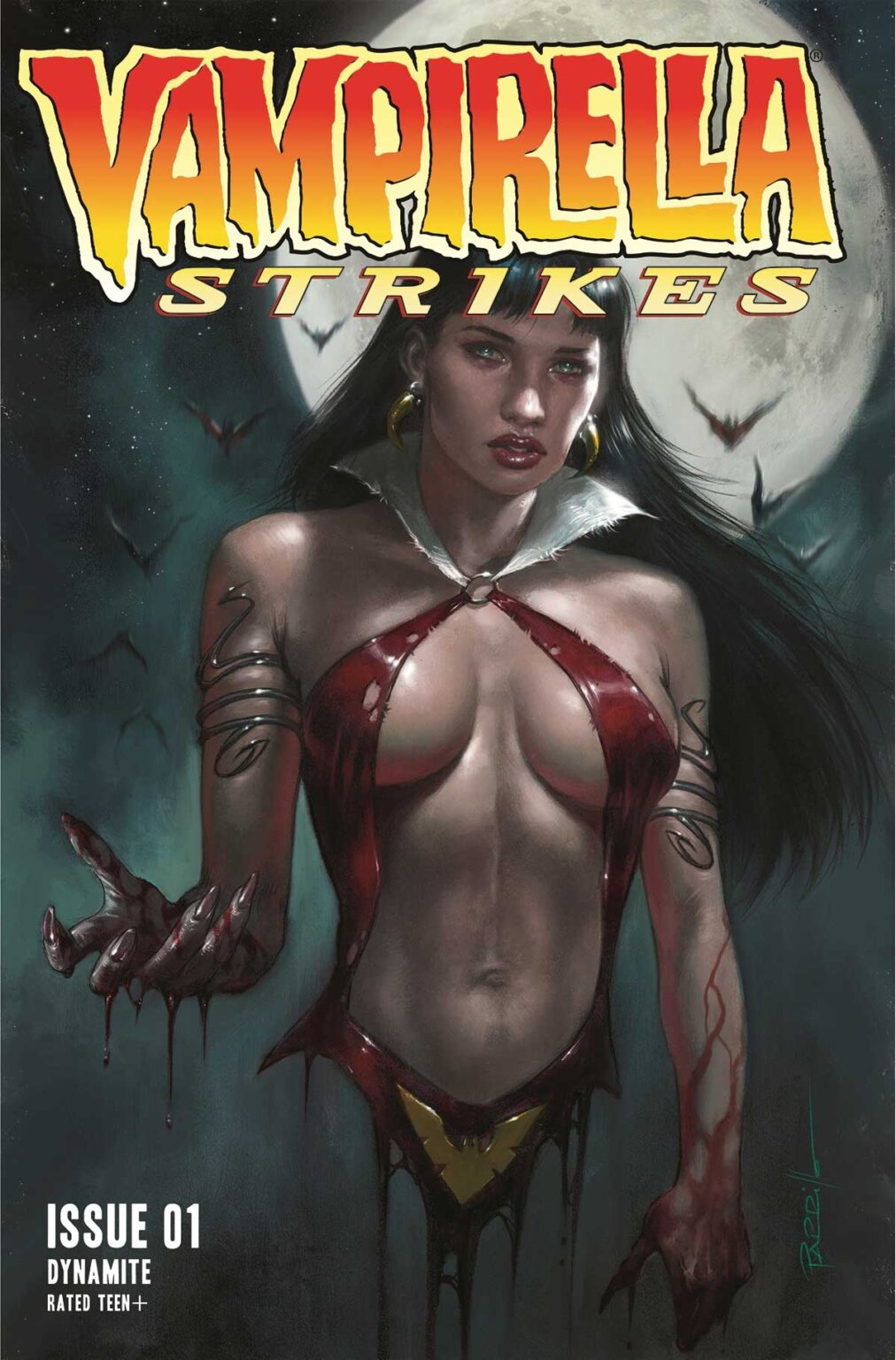 Dynamite Entertainment has announced that Tom Sniegoski and Jonathan Lau are teaming for Vampirella Strikes.

Vampirella Strikes rises from the ashes of Dynamite’s just concluded epic 25 issues of Vengeance of Vampirella. In that story, the Daughter of Drakulon found herself suddenly awake and back alive 25 years following her demise at the hands of Mistress Nyx. Revived and with a bloody thirst for vengeance, she set across the post-apocalyptic world taking down Nyx and the forces of chaos.

“As I was wrapping up my twenty-five-issue run on Vengeance of Vampirella, my brain kept going beyond my initial Vengeance run, considering the kinds of stories that I could tell with our heroine in this ever-changing world that she now found herself in,” said writer Tom Sniegoski in a press release from Dynamite Entertainment. “It’s a good thing that Dynamite is giving me the chance to bring these stories to life with Vampirella Strikes because it probably would have given me fits not to tell them.”

Now another 15 years has passed. Nyx is dead and the world is slowly recovering. Nature is crawling back and is melding with supernatural forces, forming a world unlike any seen before. Humanity and countless races of monsters live alongside each other – mostly peacefully. Yet amidst this evolution, dangerous and evil forces still lurk in the shadows and threaten the goals of peace. Which is where Vampirella comes in. Now under the employ of the Danse Macabre, she works as a special agent, on the most complex and potentially violent cases in the streets of Sepulcher City.