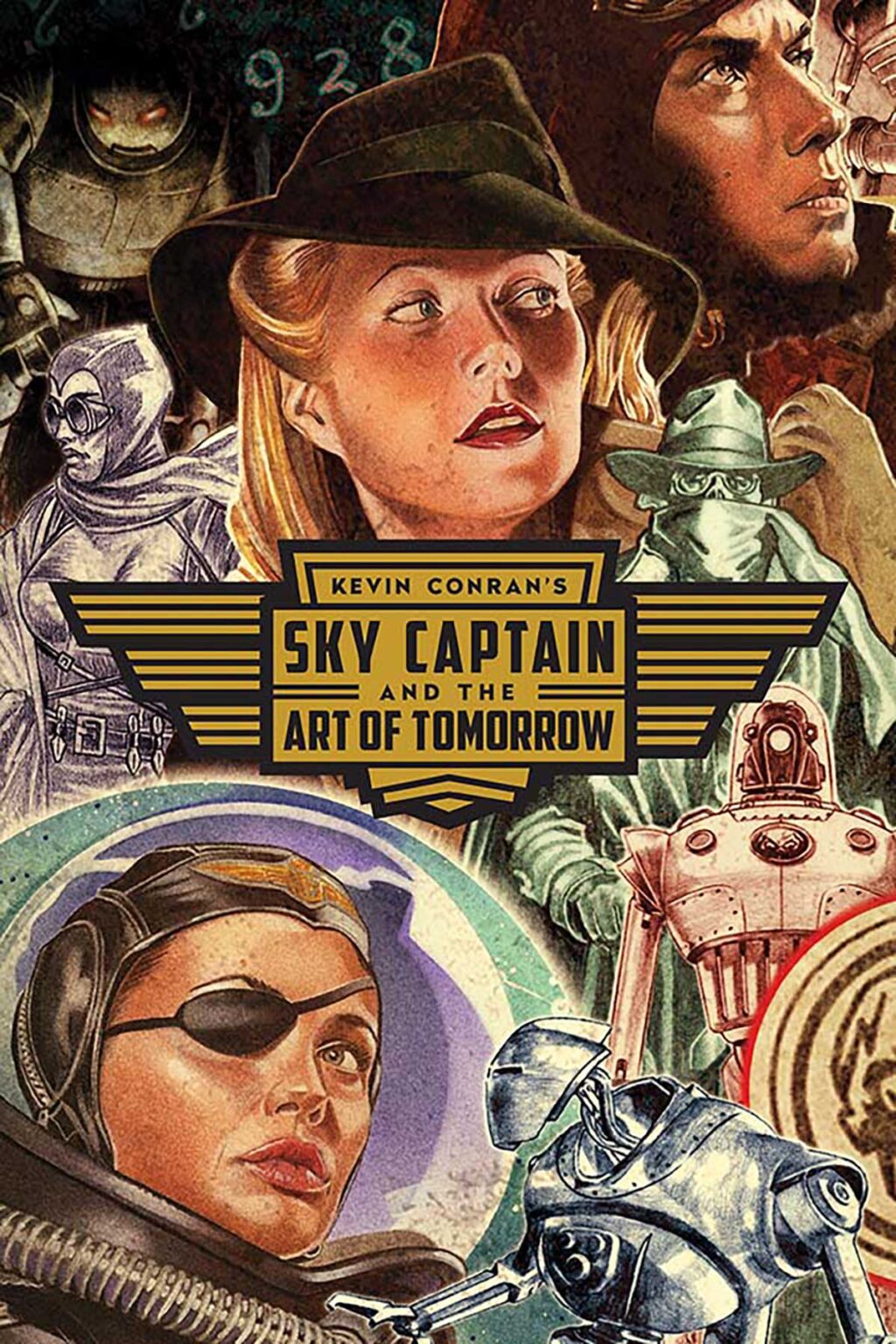 PREVIEW: Kevin Conran’s Sky Captain and The Art of Tomorrow

Kevin Conran’s Sky Captain and The Art of Tomorrow
writer: Kevin Conran
artist: Kevin Conran
covers: Kevin Conran
FC | 240 pages | Art/Pop Culture | $34.99 | Teen+
SKY CAPTAIN & THE WORLD OF TOMORROW burst into the sky and onto theater screens in 2004. With it came groundbreaking methods and techniques
that would change the way movies were made.
The real story behind the film began many years earlier and in Kevin Conran’s Art of Sky Captain & The World of Tomorrow, fans will be treated to behindthe-
scenes stories marking the movie’s unique journey to the screen.
As the first of its kind, this landmark film embraced the look and feel of the old serials even as it pushed the boundaries of modern filmmaking technology. The film would inspire a whole new generation of creators eager to adopt its innovative techniques—techniques that are now commonplace in every studio in Hollywood and around the world.
Featuring the revolutionary artistic contributions of the film’s principle visual architect, this stunning collection of Kevin Conran’s trailblazing illustrations and designs includes incomplete, unpublished and never-before-seen work.
This comprehensive retrospective is the first official collection of the film’s artwork sourced from Kevin Conran’s private collection and spanning over 20 years of the movie’s history.