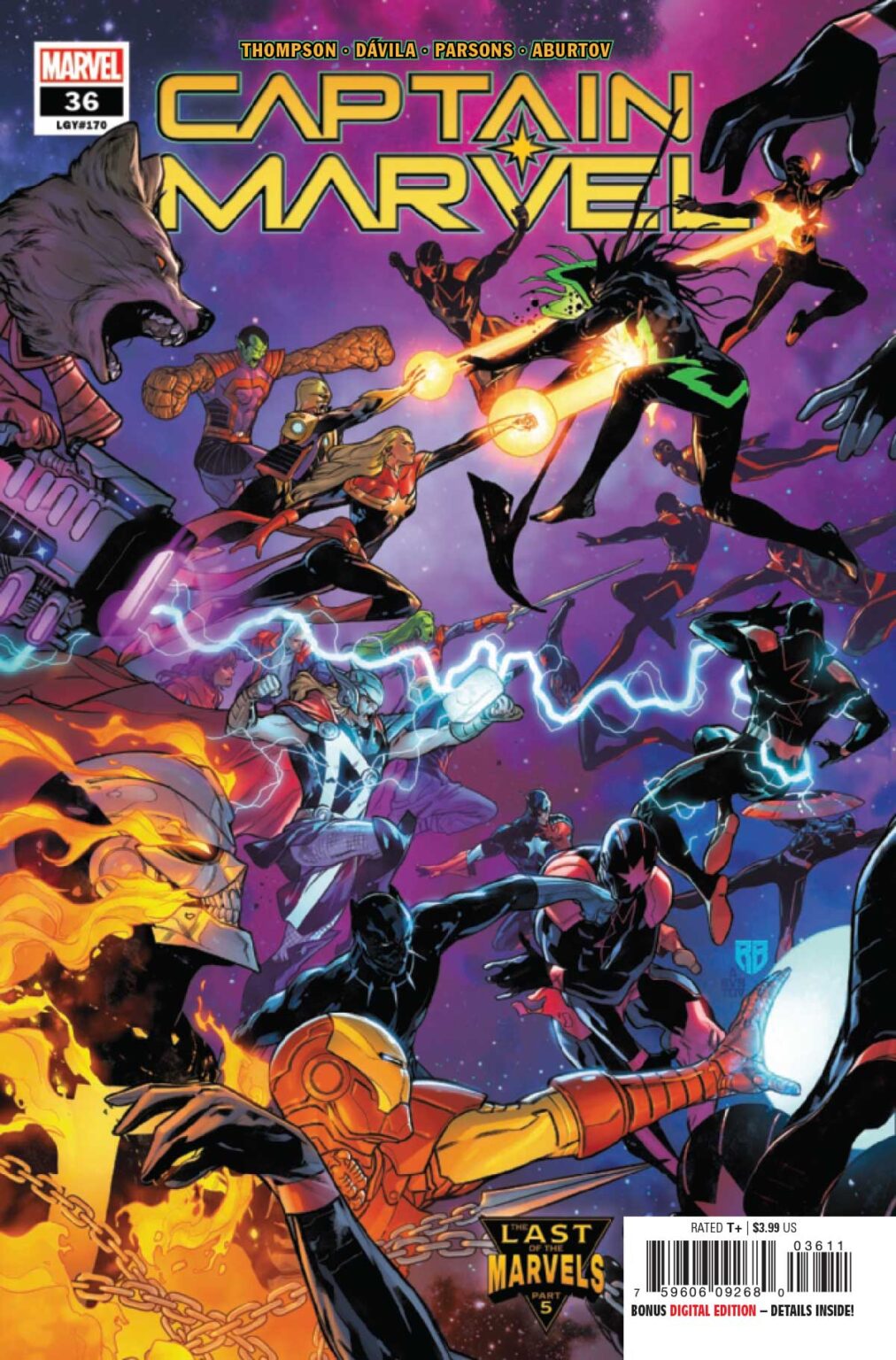 CAPTAIN MARVEL #36
KELLY THOMPSON (W) • SERGIO DÁVILA (A) • Cover by R.B. SILVA
Spoiler Variant Cover by PATCH ZIRCHER
“THE LAST OF THE MARVELS” FINALE!
A fight so big we had to add an issue! It’s all hands on deck as Carol teams up with the Avengers and the Guardians of the Galaxy to take down Vox Supreme! But Captain Marvel’s surprise ally is someone nobody expected. She’s about to change everything – and it all starts here! Don’t miss this epic finale as an explosion of heroes takes on the battle to save not just the Marvels, but the Marvel Universe!
32 PGS./Rated T+ …$3.99