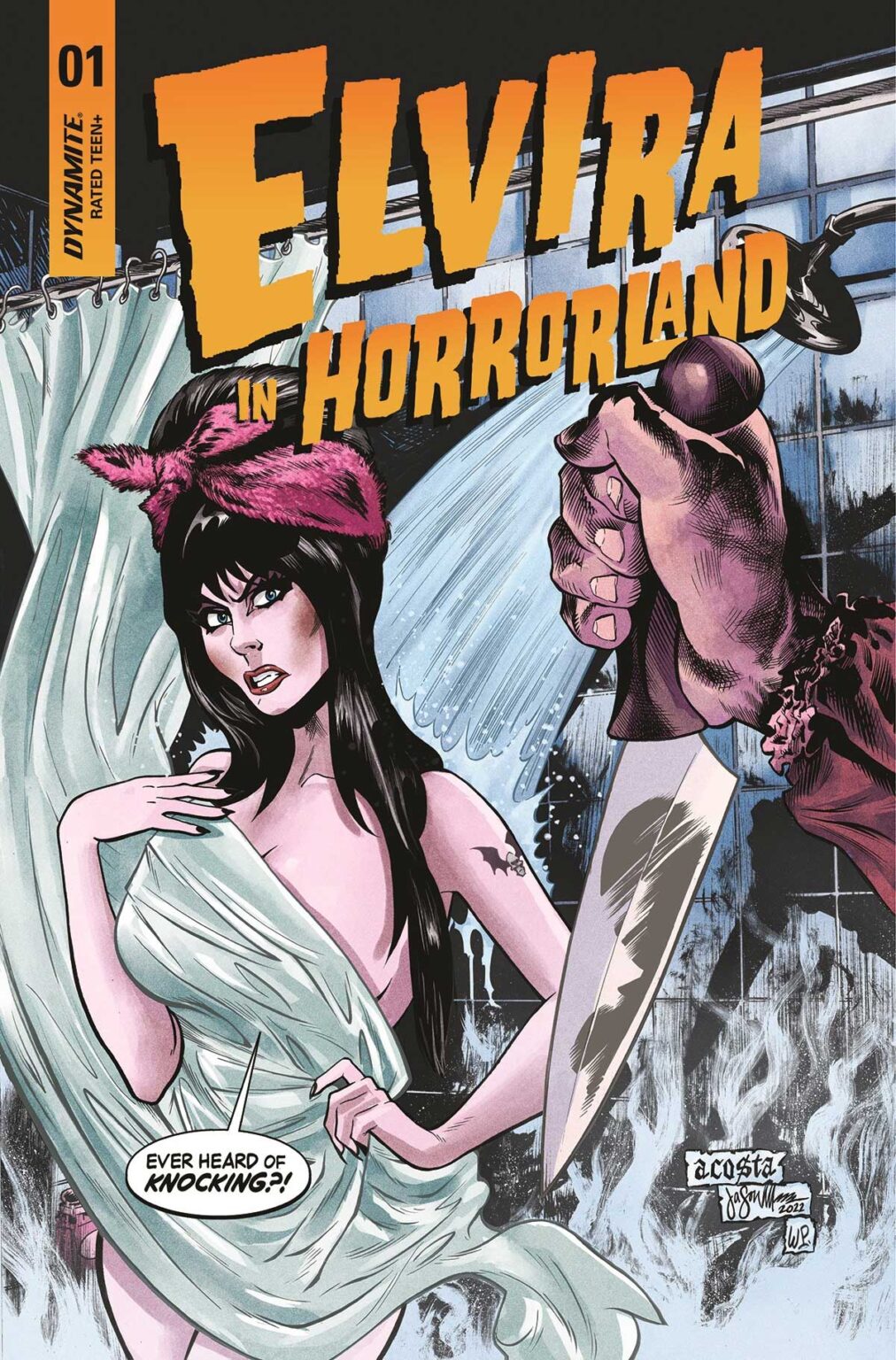 Elvira goes Psycho in May

Elvira finds herself jumping through the horror movie multiverse, and lands in a well-known shower scene in May’s Elvira in Horrorland #1 from Dynamite Entertainment.

In her previous critically acclaimed comic book series, the Mistress of the Dark got to hang out with the ghost of her dearly beloved old friend Vincent Price. Therein, she discovered how sometimes the legends of film can come right into our world, and perhaps vice versa. In the final issue, Vincent revealed that each movie creates its own pocket dimension… and Elvira joined him on a quest into one such realm to rescue a “final girl” scream queen being held hostage by her obsessive director.

Now, in this new universe-spanning odyssey, Elvira is herself trapped in this Multiverse of Movies. She will careen from classic to classic, faced by killers, monsters, and more, as she tries to find her way home. Off the bat in the first issue, she finds herself stalked by a hotel clerk who’s positively psycho! Can she survive the wrath of a serial killer and get to the next part of her journey, or is it all just a Hitchcock-tease?

Writer David Avallone and artist Silvia Califano are teaming for the series that arrives in May 2022.