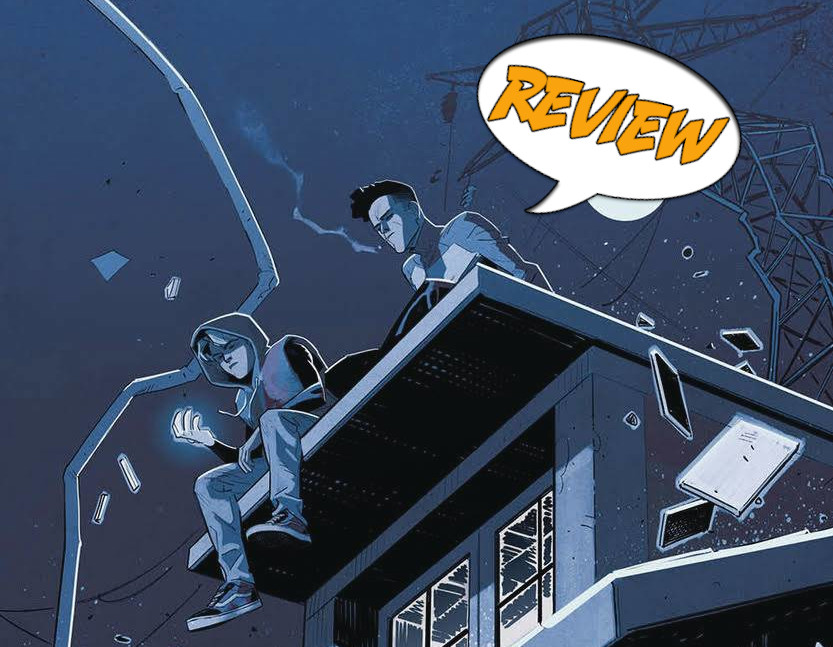 There are no superheroes in a world with superpowered beings. These people are trying to get by. Check out this brand-new series, Distorted #1 by Scout Comics! Previously in Distorted: The Distorted are different from people. They have powers and the ability to change the world, but often they are just trying to function. Meanwhile, a killer on the loose and a shadow government organization is trying to track down these superpowered beings.

Distorted #1 follows three characters. The first is James, a telekinetic kid trying to find his way in life. We are introduced to his family, whom he isn’t close to, and his best friend. He is currently at a crossroads to apply for something but is unsure if he wants to or should. The next is Tom, who a government agency recruits to investigate these “Distorted” since many are becoming violent. During the talks, he seems forced to do this job because he has to, not because he wants to. After all, he needs medicine for his headaches. Tom has the ability to hear people’s thoughts, and he is sent to investigate a girl named Anna, who has the same power. Except Anna can also cause explosions.

Lastly, we see a teleporter named Brennar. While not clear, he seems to be a thief and has just got a considerable bit of money. He teleports away to a girl who may have just discovered her powers, as she accidentally used her acid spit on a dog!

It has been a while since I have read a comic that didn’t hold your hand. Distorted #1 trusts its readers to use context clues to really try and figure out the situation. We are never directly told about James’ relationship with his parents. Still, we realize how cold he is to them based on his actions. When a creative team takes this approach, it forces me to think harder to understand what is going on. Which is a scarce thing to read and is immensely enjoyable. However, I don’t quite know where the plot is going yet. We haven’t been introduced to an obvious antagonist, nor is there much conflict. The only thing keeping my attention is this weird world-building and the unique characters that we have been introduced to. Hopefully, we can get some more momentum next comic issue.

I really enjoyed the use of colors and white space in this comic. It added a lot of weight to the story and enhanced the artist’s linework.

I am optimistic about Distorted #1. There are so many exciting and cool things that provide a unique story. If the next issue can get us more into the plotline, I think we will get a solid new series. 4 out of 5 stars for Distorted #1.

Distorted #1 introduces a fascinating world that trusts its readers to read between the panels to understand the characters.