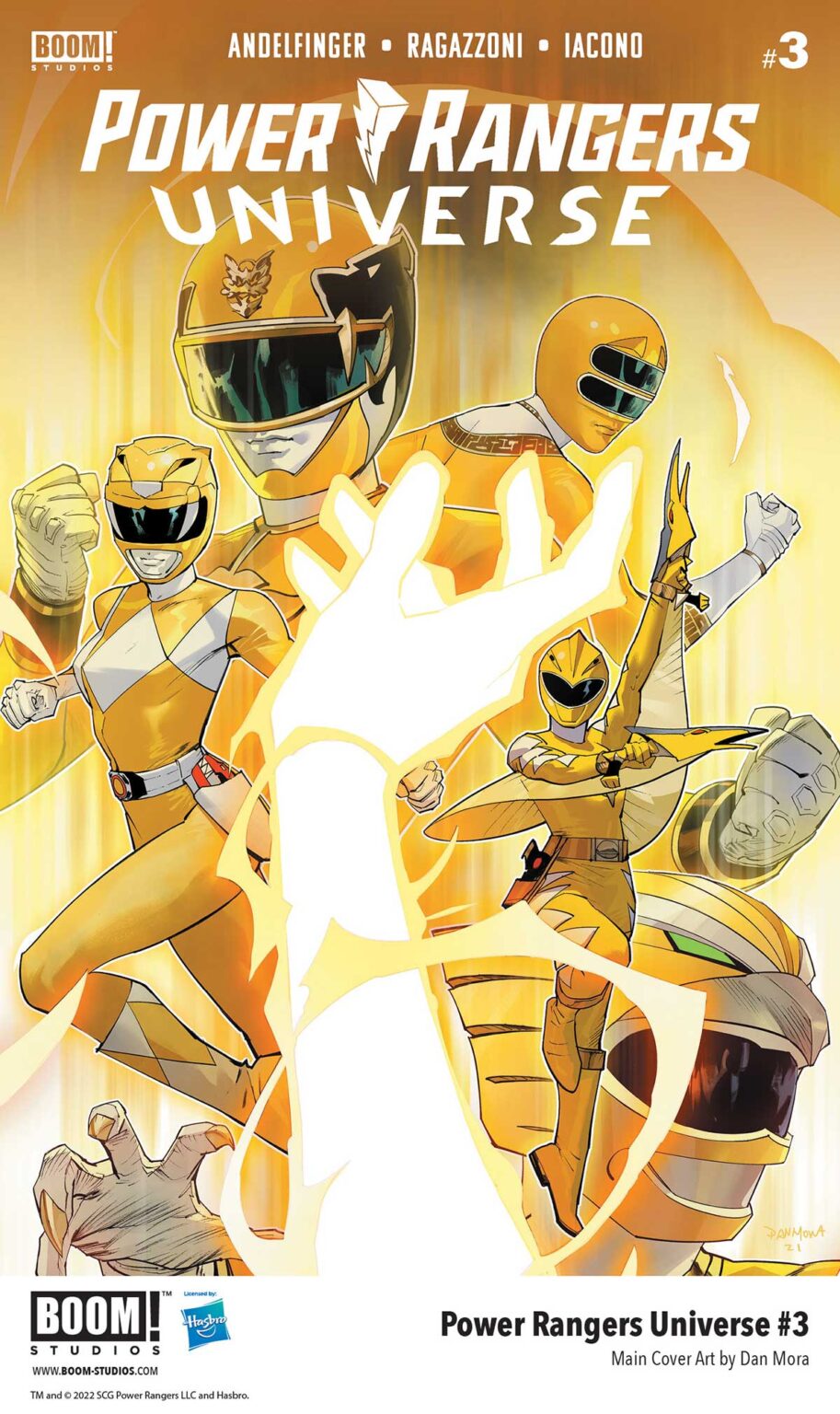 A new threat has crashed to Earth, and it is up to the Power Rangers to deal with it in this early look at Power Rangers Universe #3 from BOOM! Studios.

Power Rangers Universe #3 is written by Nicole Adelfinger with art by Simone Ragazzoni.

A mysterious pod crashes on Earth, but the Morphin Master Teens are on the scene to confront whatever dangers it brings from space. While their legendary ranger forms have never made them feel so powerful against the incoming enemy invasion, what happens when their powers begin to fail… and even hurt them?