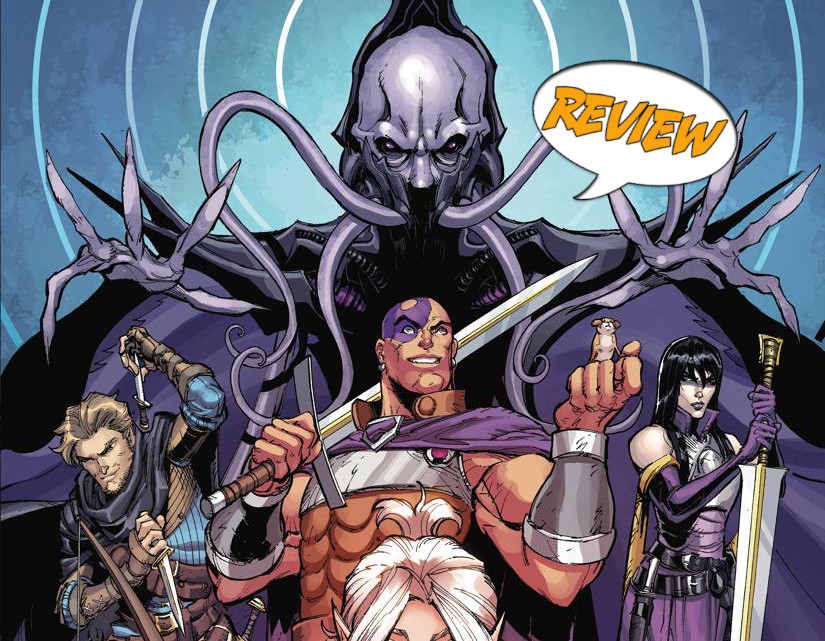 Minsc and his team must stop the illithid Uddron Blass! Things aren’t going well with Coran dead and Krydle turning into a mind flayer. Check out what happens in Dungeons and Dragons: Mindbreaker #5 by IDW Publishing!

DUNGEONS AND DRAGONS: MINDBREAKER #5 (OF 5)

Previously in D&D Mindbreaker: Delina has been captured by Uddron Blass to summon the weapon Mindbreaker. Minsc, Krydle, Nerys, Shandie, and Boo rush forward to try and stop Blass before it is too late. Meanwhile, Krydle has just killed his father and is slowly turning into a mind flayer himself.

Dungeons and Dragons: Mindbreaker #1 begins with Minsc, Nerys, and Shandie running towards an explosion in High Hall. There they find a heavily injured Krydle. Krydle is infected by the mind flayer and can access the hive mind, revealing Uddron Blass’s location. Meanwhile, Blass manipulated Delina’s mind, successfully forcing her to summon the Mindbreaker. Minsc breaks through the wall and prepares to fight Blass, but Blass takes over everyone’s mind and gives them their worst nightmares. Since Krydle is part of the mind flayer hive, he resists the effect and stabs Blass in the back. This causes the ritual to stop and everyone to be put in their right mind.

After the fight, Krydle feels himself succumbing to the mind flayer and asks his party to kill him before he transforms. Before the party can decide, a devil shows up and tells Krydle he can’t die because it is against their pact. The devil then destroys the tadpole within Krydle’s brain. Now heroes again, the party follows Krydle to figure out what this devil’s bargain actually means.

The tone of Dungeons and Dragons: Mindbreaker #5 is reminiscent of a home tabletop game. We see all the classic themes here but what caught my attention was the handling of Krydle’s near-death. We have seen a lot of NPC’s die to the mind flayer infection. Krydle, however, is healed from his affliction due to a pact with a devil, and I wonder if it would have told a better story if Krydle had died. Indeed, having a character die is rare in tabletop games, but it felt a good place to conclude Krydle’s storyline. But that death doesn’t fit in with D&D tropes. This dilemma is where I struggle with the series. I would rather see a good story than a comic emulating something that it is not.

However, D&D: Mindbreaker was a ton of fun and told a unique story. I am happy to see Minsc on the page doing cool (and stupid) stuff. I am hoping that this series will continue in another story arc and provide an entry point for people to play D&D or even get into non-superhero comic books!