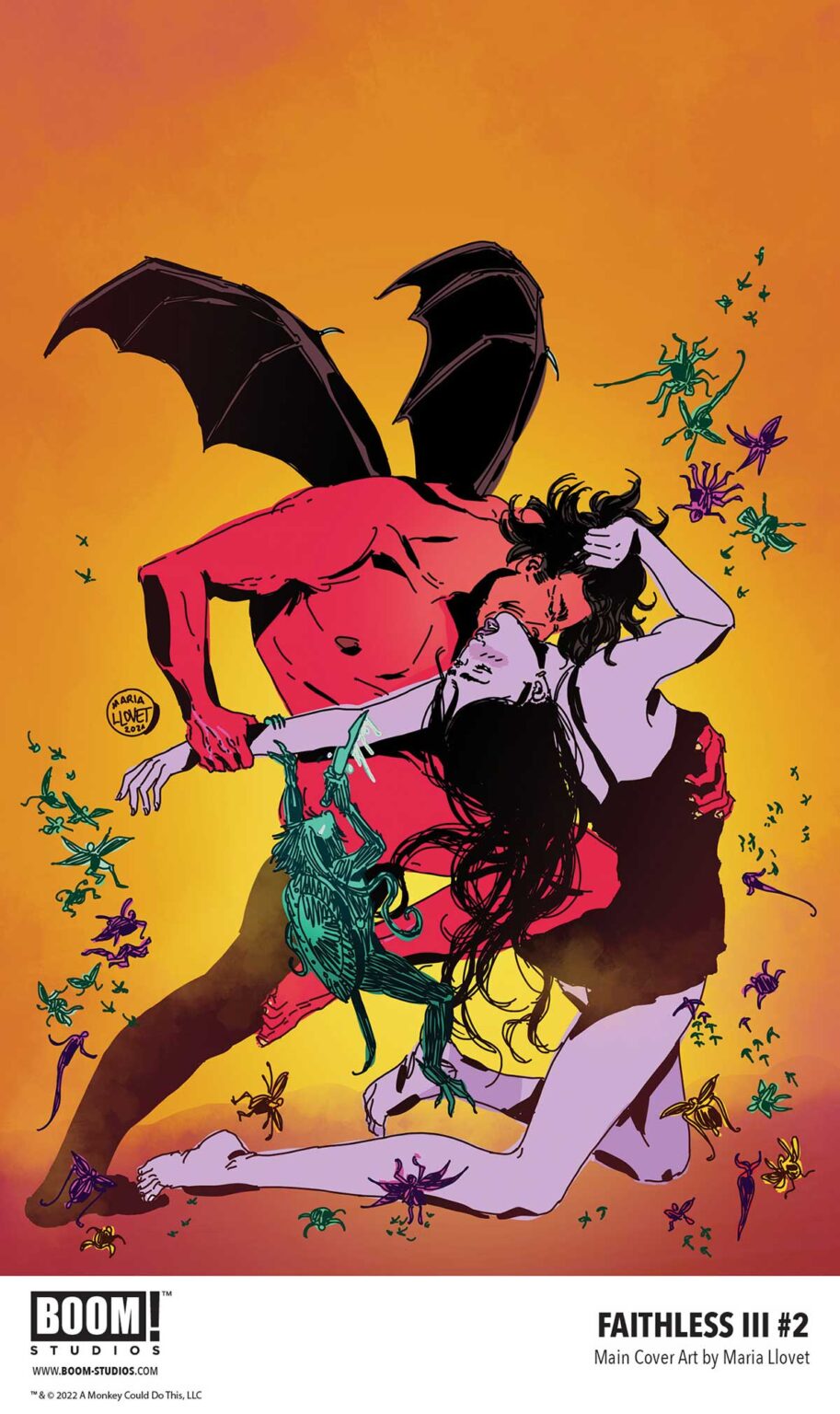 BOOM! Studios has released an early look at Faithless III #2, the latest installment of the six-issue mini-series from Brian Azzarello and Maria Llovet, that may spell the end for everyone.

Famed art provocateur Louis Thorn prepares for his big Times Square exhibit, even as his critic Malcolm continues to tear him down to the press…but when the two come face to face, an unexpected connection emerges. Meanwhile at Five Points, Faith works on her next masterpiece from the privacy of her own wing, until an intermission with Poppy triggers a revelation about what occurred during the nine months she disappeared…