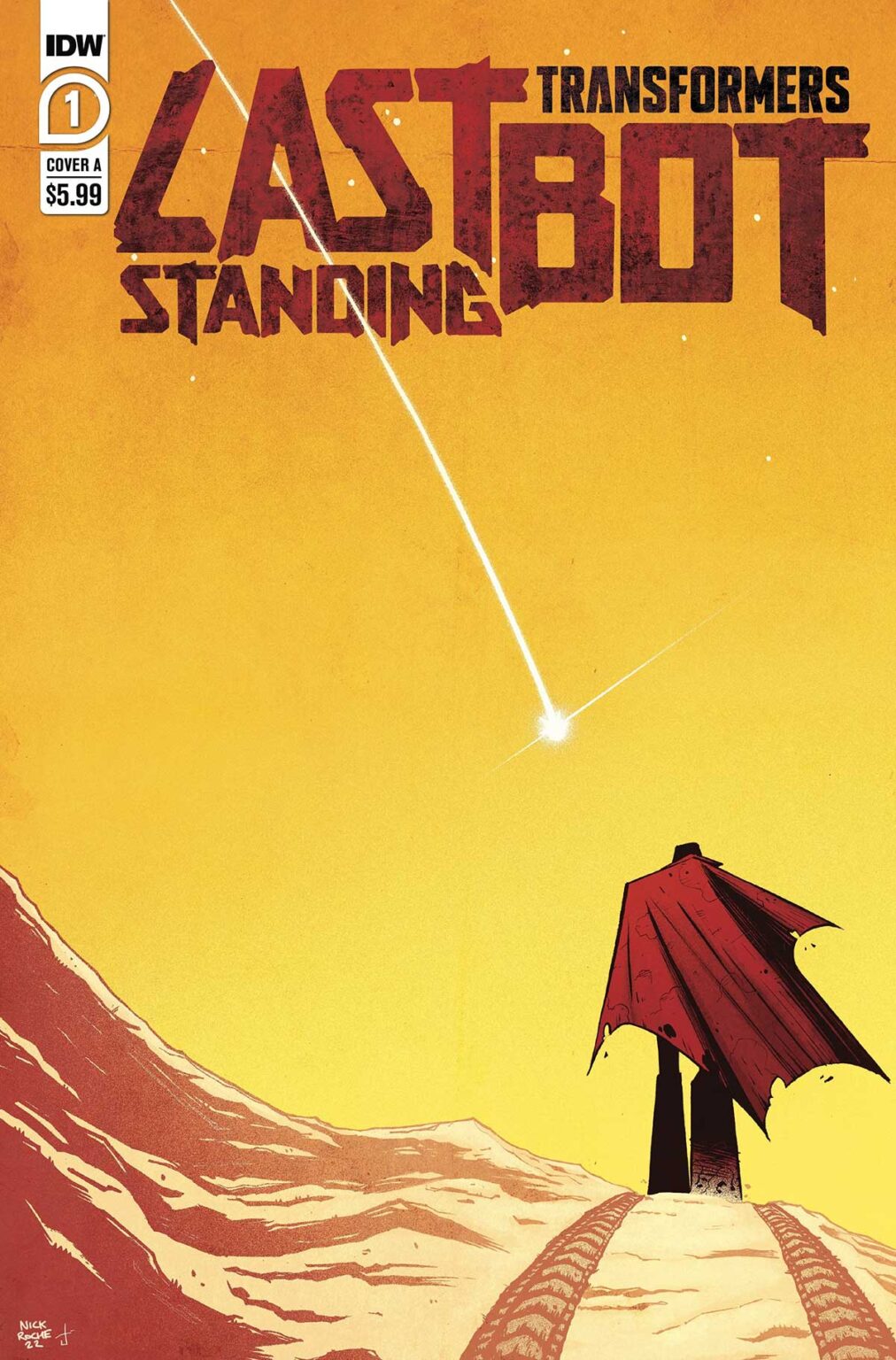 IDW Publishing has announced Transformers: Last Bot Standing, which features a hypothetical tale of extinction where only one Cybertronian remains.

Written by Nick Roche with art by E.J. Su, Transformers: Last Bot Standing looks what might happen after the war for Cybertron ends.

On the edge of the universe, at the end of time, hangs the planet Donnokt…a world on the precipice of an industrial revolution, taking its first steps into the realms of the mechanical. But when a visitor—a shape-shifting robot from a long-dead civilization—falls from the sky, nothing will ever be the same! “The last remaining Cybertronian, stalked by the sins of their entire race, must save the world one final time,” said Roche, the series writer who will also contribute some of the interior artwork. “In a way, Last Bot Standing is a proper farewell, as our creative team bows out of IDW’s Transformers universe in the most explosive and apocalyptic way imaginable. To have E.J. Su, the visual architect of IDW’s definitive Transformers run, be the one to depict ‘The End of All Things’ (with colors from the astounding Rebecca Nalty) is the most perfect and bittersweet piece of artistic casting I could think of.”

With the Transformers ending, and the property leaving IDW Publishing, this might be the series to go out on.

“Like Teenage Mutant Ninja Turtles: The Last Ronin, Last Bot Standing is one of those great stories where defining creators come together to tell one incredible version of an ending, a hypothetical last story for our beloved heroes and villains,” says editor David Mariotte in a press release from IDW Publishing. “We’re so excited to have two of the first IDW Transformers creators return to tell a story unlike literally any Transformers story you’ve ever seen or we’ve ever done.”

Transformers: Last Bot Standing kicks off in May 2022.