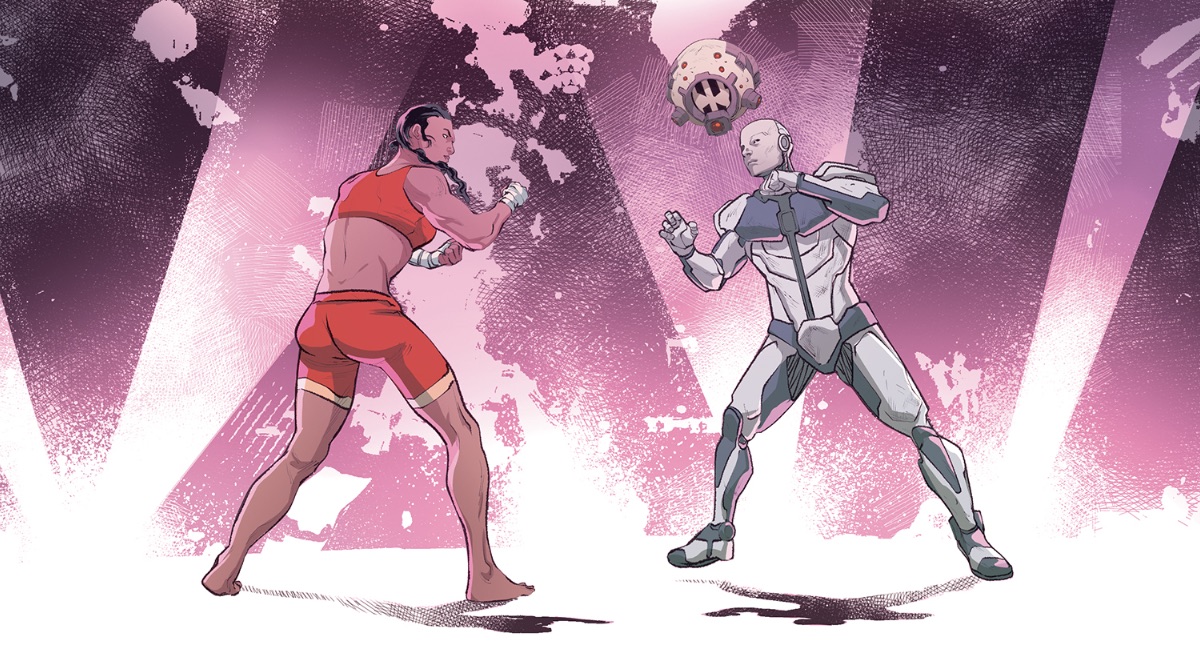 Top Cow has announced Metal Society, which it describes as Rocky meets Blade Runner for the future of the human race.

In Metal Society, the creators take readers on an inverted future, where evolved robots resurrect humans for manual labor. But, a tribalistic cultural clash breaks out, causing a fearless human fighter and a frustrated, displaced robot to square off in a public fight of epic stakes.

“While our own technology, our politics, and our world are changing faster than ever, sadly our society seems to be responding with aggression and hostility. We’re resorting to tribalism and we’re allowing our differences to be aired out publicly for entertainment value,” said Kaplan. “I’ve always been inspired by great robot stories that remind us of our own experience, and I thought that by exploring this Rocky-style fight drama in a futuristic robot-ruled world—this charged robot vs human culture clash, and the ‘human’ fighters that get pulled into these public battles—we might just learn something about our own humanity and our social conflicts today.”