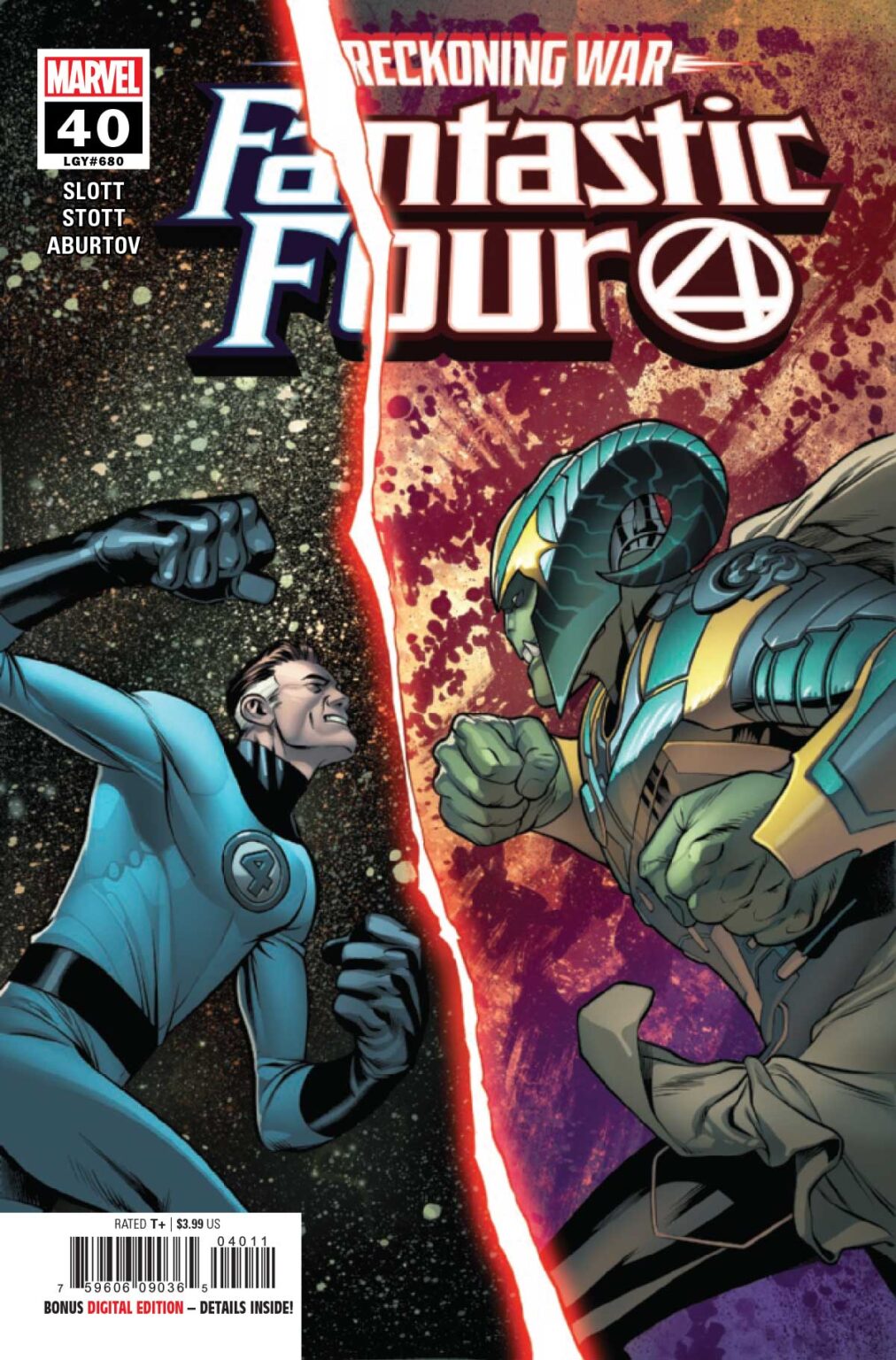 FANTASTIC FOUR #40
DAN SLOTT (W) • RACHAEL STOTT (A) • Cover by CARLOS PACHECO
VARIANT COVER BY PHIL JIMENEZ • CONCEPT ART VARIANT COVER BY R.B. SILVA
THE RECKONING WAR!
The opening shot of the Reckoning War has left the Earth in complete and utter chaos.
And it turns out that we are not alone. The entire universe is on fire.
The enemy has had eons to prepare for this attack – Reed Richards has had two hours to mount a defense. Johnny Storm has gone full supernova. Sue Storm has become completely invisible – even the Watchers can’t see her. And Colonel Ben Grimm, for the first time in a long time, is ready to go to war!
32 PGS./Rated T+ …$3.99