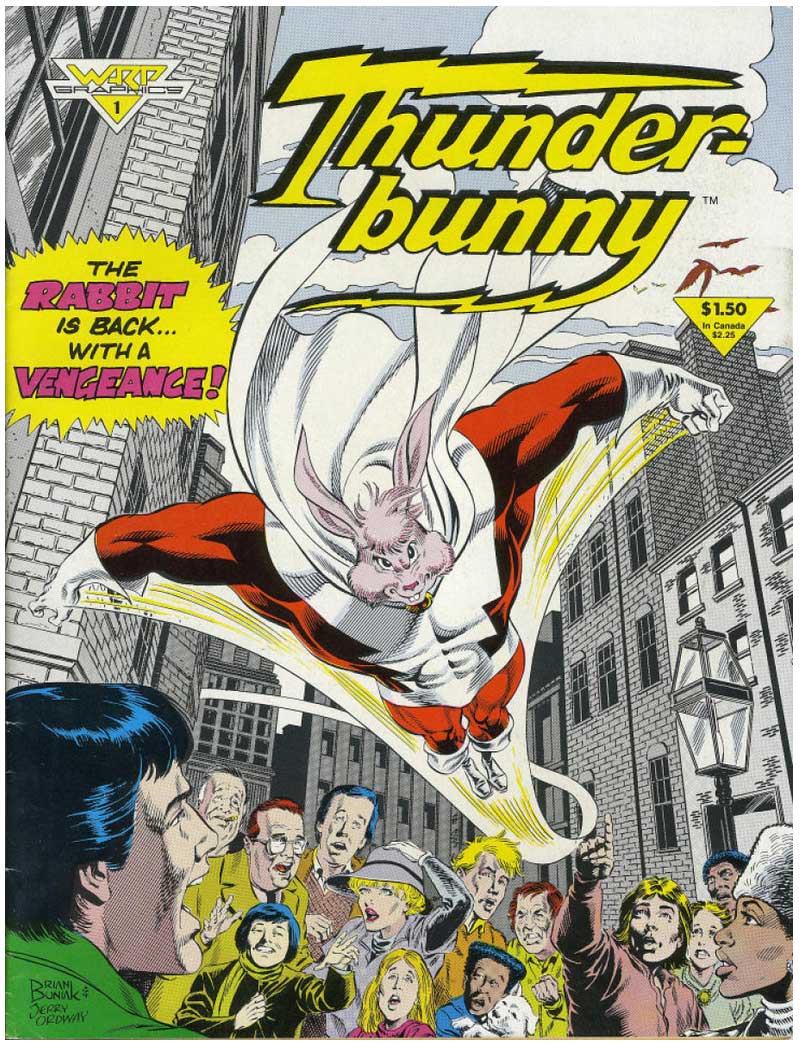 It’s Alive Press has announced it is collecting every tidbit, and appearance of Thunderbunny from 1960, 1982, and 1987.

In 1960, the first appearance of THUNDERBUNNY was published in a fanzine entitled Mass Fan Newsletter. It was two drawings and a short story by Martin Greim. 17 years later, an 8-page THUNDERBUNNY showed up in Comic Crusader Storybook. The art for that was by Gene Day and Jerry Ordway. There was also an image of THUNDERBUNNY on the back cover of that same comic by Joe Sinnott. Then, in 1982, the THUNDERBUNNY origin story was published in Charlton Bullseye #6, with art by Mike Machlan and Victor Laszlo (aka Peter Iro). Cover by Machlan and Ordway. Later the same year, the entire issue of Charlton Bullseye #10 featured THUNDERBUNNY, drawn by Brian Buniak. 1985, THUNDERBUNNY #1-12 came out from Warp Graphics/Apple Comics, with artwork by Buniak. The last issue came out November of 1987.

There isn’t a specific release date, but according to the press release from It’s Alive Publishing, it is “Soon,” which could mean as early as April, and as late as 2099.