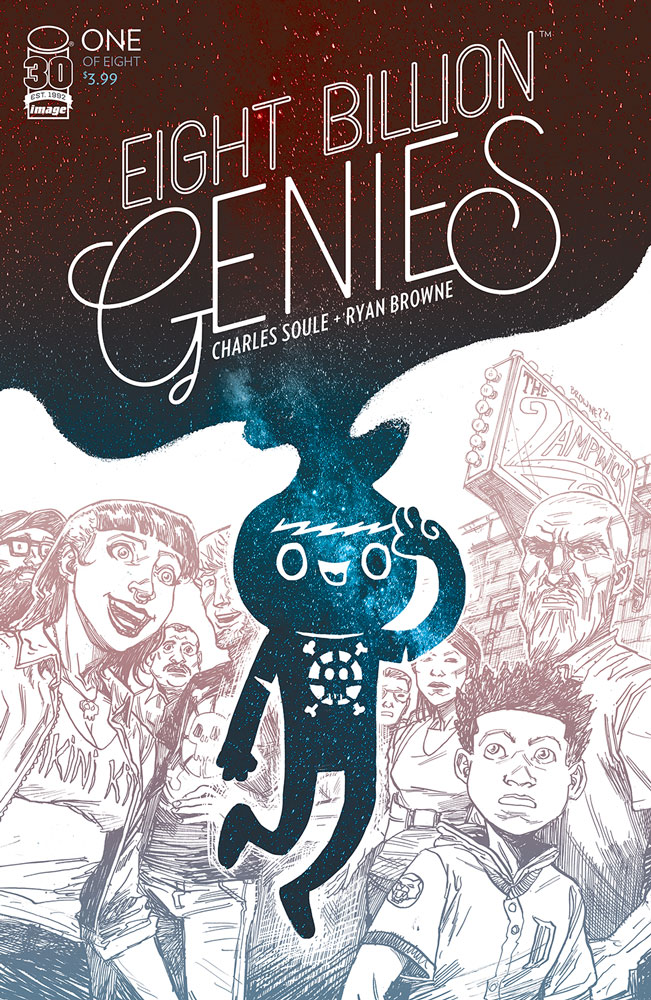 Charles Soule and Ryan Browne are reteaming for Eight Billion Genies, an all-new fantasy mini-series from Image Comics that launches in May 2022.

This new story asks readers, If you had one wish…what would you wish for? Now, what if everyone else had one wish too? In Eight Billion Genies, at exactly the same moment, it’s exactly that which happens: everyone on earth gets a genie and one wish. Of course, all hell breaks loose, in a very entertaining way…and that’s just the beginning. Buckle in for the wildest ride of the year!

Browne said in a press release from Image Comics, “With Eight Billion Genies, Charles and I have created the ultimate hypothetical thought exercise. There are infinite ways for this scenario to play out, and I think we have focused on a direction that shows us a lot about humanity and how we balance our personal desires with that of the greater good. Also, when I realized that children get a wish… well… that gives me the license to draw any weird thing I want flying around in the background! THAT’S my wheelhouse—Charles can figure out the serious stuff!”

Eight Billion Genies is scheduled to arrive on May 11, 2022.