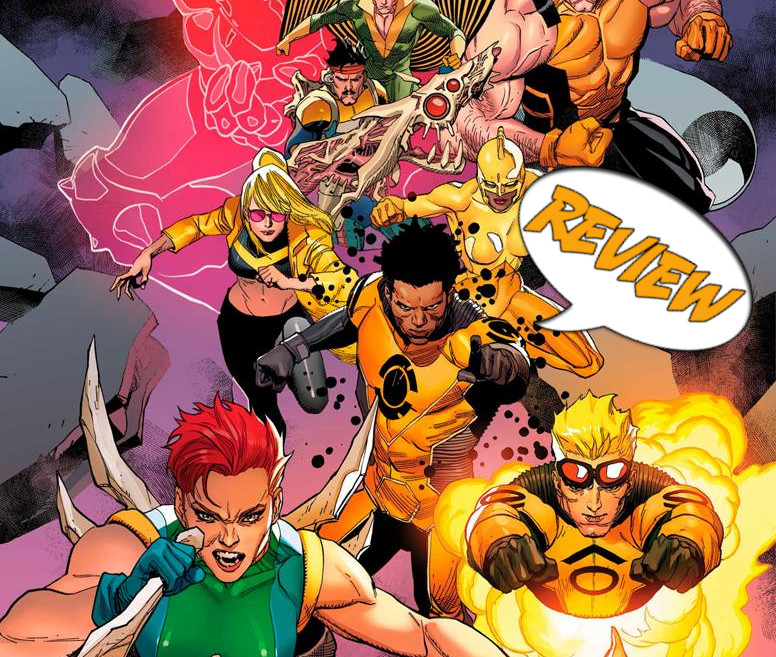 The X-Men are called to help the Shi’ar, but another team has other plans. Will Sunspot be able to lead a group of mutants into space? Find out in Secret X-Men #1 by Marvel Comics!

Previously in X-Men: At the Hellfire Gala, members were chosen to join the prestigious X-Men team. While people celebrated the heroes chosen, a lot of mutants were disappointed. This is when Sunspot, after a few drinks, got an idea with his drinking mates. Sunspot, Cannonball, Banshee, Boom-Boom, Armor, Tempo, Marrow, and Strong Guy can still do something together. And that is to create a new, secret team!

Secret X-Men #1 starts with Sunspot being contacted by Lady Deathbird about a threat to Empress Xandra’s life. Sunspot has been bragging that he is the leader of the X-Men and the Empress needs their help. Sunspot tells Cannonball that he wants to create a team and already has people lined up. After this new team and Forge agree to accept the mission, Sunspot reveals that it is for The Shi’ar Empress. Sunspot and Cannonball meet with Gladiator. Gladiator revealed many people have betrayed the Empress because she is considered too young to lead. They also tell the team that Deathbird and the Empress are missing.

Sunspot leads his team into space, and Forge makes them matching outfits. But during their travels, they are attacked by Sidri bounty hunters, but Banshee repels them. Forge creates an algorithm to find Deathbird’s ship. Using Tempo’s powers, they can run the program thousands of times in only a few minutes. After a weird psychic puzzle, the group arrives on a planet and meets with the Empress, Deathbird, and two advisors. After a brief talk, the group is under attack, and Deathbird is hit with a teleport mine. Sunspot, who is upset that his target was hurt, uses his ability to destroy the ship of his assailants.

As the Secret X-Men leaves, the Empress erases their memory of Deathbird’s disappearance.

TO BE A LEADER

I surprisingly really enjoyed Secret X-Men #1. I was concerned that this group was introducing too many characters too quickly. And to be honest, that part is still valid. There is a massive cast of characters here, and many didn’t get more than a few lines. But I really enjoyed the characters on the forefront, namely Sunspot and Cannonball. There is a certain quirkiness that the team has to them. I’m unsure if it is Sunspot’s leadership or some of the wild card characters of the group, but they are engaging on the page. Unfortunately, this is a one-shot issue because the team could have used more time together and easily become a miniseries.

I enjoy the theme of the underdogs and rejects coming together to do something extraordinary. The premise behind Secret X-Men #1 really resonated with me. I can see myself in Sunspot when he says that he can put together and lead a team despite being an inexperienced leader. On top of that, we get exciting character moments. I appreciated Marrow’s craziness to create a bone space armor. Great job by the creative team to showcase the small moments.

Lastly, I really appreciated the art and character design in this issue. With such a large team, I expected details to get lost. Especially when everyone has the same color scheme. But in reality, the art and colors were uniform but different enough to recognize each character.

I really want to see this team a little more. This team has a youthful energy that could tell many great stories. But perhaps Secret X-Men #1 is too similar to some of the books coming out. Regardless, I think this is a fun pick-up and a solid 4 out of 5 stars from me.

Secret X-Men #1 assembles a team with a certain level of quirkiness that is engaging on the page.