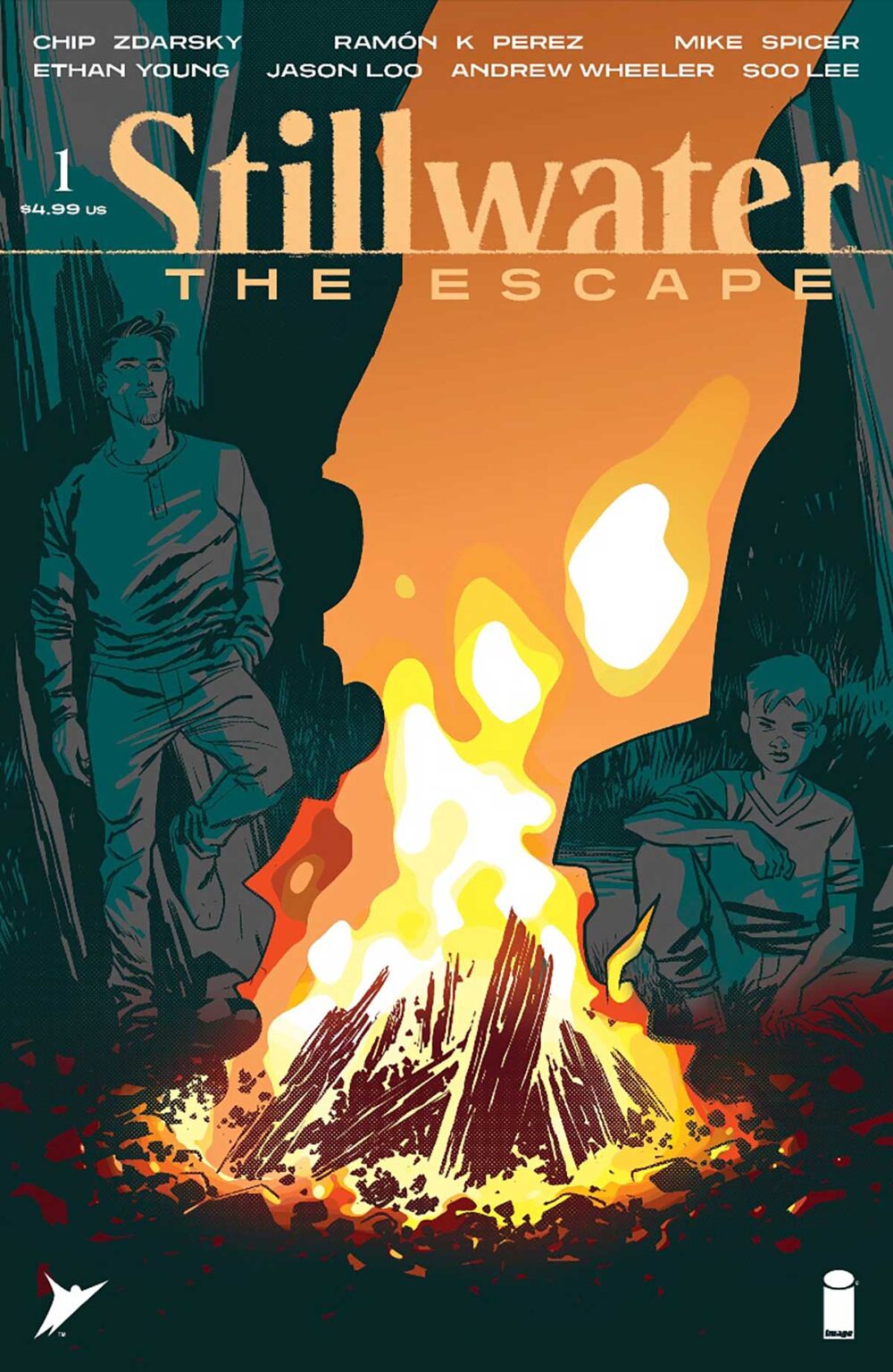 Image/Skybound has released an early look at Stillwater: The Escape #1, a new one-shot from Chip Zdarsky and Ramon K Perez.

This 40-page supersized special tackles so many of the biggest questions you’ve asked that Chip Zdarsky and Ramón Pérez assembled a dream team of acclaimed creators to bring you the answers before the final chapter of Stillwater begins. Ethan Young, Jason Loo, Andrew Wheeler, and Soo Lee all collaborate on The Escape.

“It was a lot of fun creating a cast of new characters in the town of Stillwater and following their own experiences through the “in-story” decades of events Chip and Ramón established,” said Jason Loo, the creator behind this first look. “My story introduces the Chung family, Chinese immigrants who have been there since the beginning.”

They say no one ever dies in Stillwater and that no one gets to leave…but even for the ones who have freed themselves of the town, is there truly any escaping Stillwater?