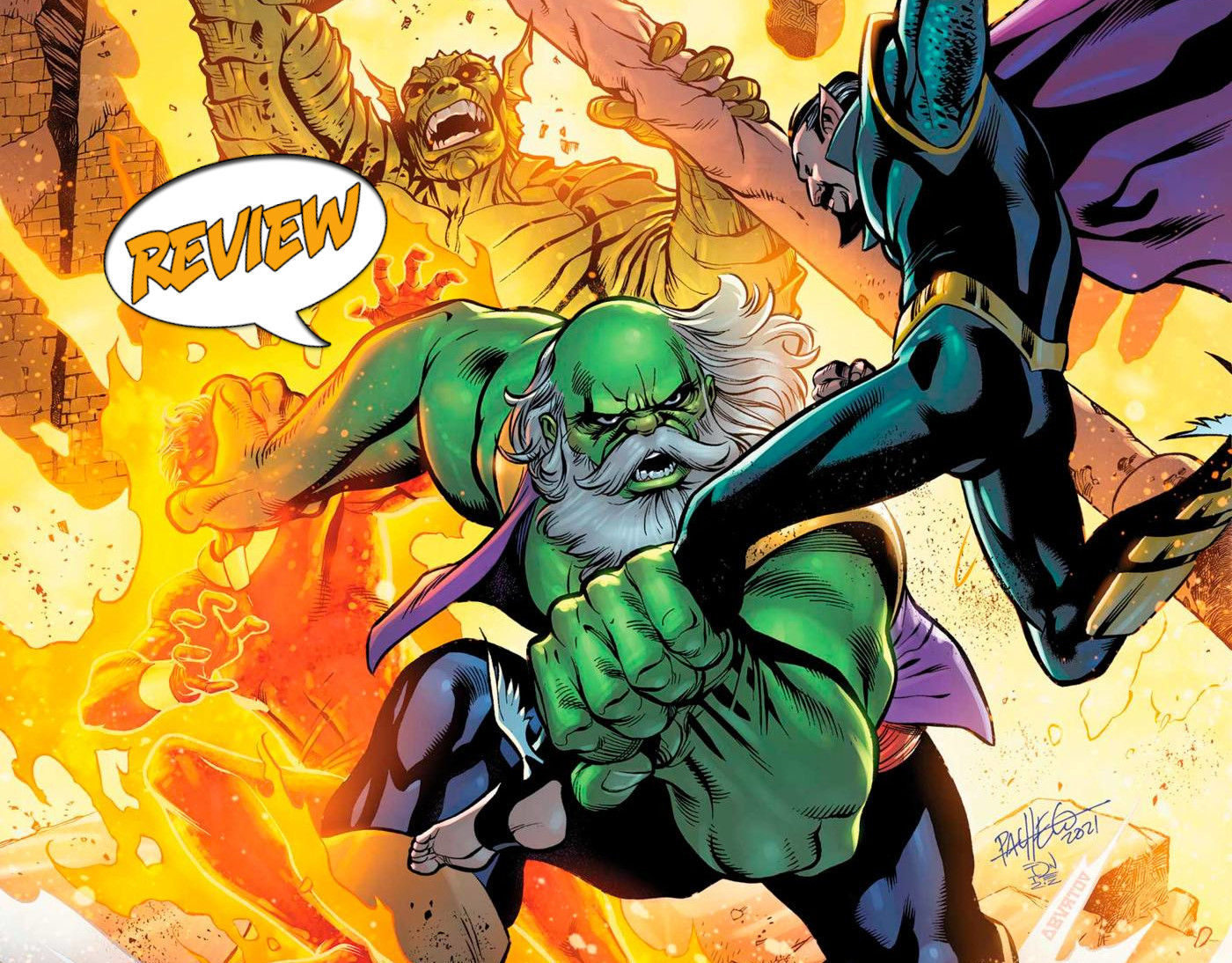 Maestro defeated Doctor Doom and sent missiles to A.I.M.’s underground base. But new enemies arise to threaten his rule. Find out if the tyrant will remain in power in Maestro: World War M #1 by Marvel Comics!

Previously in Maestro: Bruce Banner has been in stasis for years. He found out that the world had destroyed itself when he woke up. Most of the earth’s population had been wiped out due to nuclear war. Bruce thus established himself as the tyrant Maestro and will bring this whole new world under his iron fist.

WHO IS THE HERO

Maestro: World War M #1 starts with the Abomination waking up by MODOK and realizing that he is now in the future. He wanders this new, destroyed world, trying to figure out his new purpose. Suddenly, he is attacked and ends up face to face with Namor! However, Namor realizes that he has the wrong target and recruits the Abomination to take down Maestro.

Meanwhile, Doctor Doom is crippled from his fight with Maestro. He thus tries to contact Rick Jones to develop a plan, but Rick Jones is suffering from memory loss in his old age. Maestro, though, checks to ensure that the A.I.M. base was actually destroyed by his missiles. He is suddenly attacked by the Human Torch! However, it isn’t Johnny attacking him. After the initial fight, he catches this new Human Torch flying to the ocean after trading blows.

I have enjoyed the dystopian vibe of Maestro: World War M #1 and the previous titles. But I ended up a little bored with this issue. There are many moving pieces in the comic, and this first issue is an exposition to all those parts. It had the classic “let me introduce all the characters” feel. While we did see some of the conflicts, it wasn’t enough to feel like a solid hook for this story arc. However, Peter David has done very cool things with Maestro, so I hope that this setup will be worth it for the story.

I admit that I’m unsure about this new arc’s theme. Perhaps it will be a continuation of Maestro’s descent into becoming a supervillain. Still, I thought we had reached the apex of that storyline last miniseries.

Lastly, I figured I would take a moment and talk about this comic’s art. The background design is incredibly well-drawn. When I saw the Human Torch destroying a huge chunk of the ruined city, I had to take a moment to appreciate the splash page. Some of the character designs of the human-based people felt a little flat, especially next to cool designs like the Abomination and Maestro.

I think Maestro: World War M #1 is a worthwhile read. While it definitely acts as a springboard for the rest of the series, the world is immersive and engaging. On top of that, I’m excited to see what happens with Rick Jones and this new Human Torch! I’m curiously optimistic about this series, even if it seemed a little slow. 3.5 out of 5 stars for Maestro.

Maestro: World War M #1 continues the Peter David run of Maestro with a ton of moving plot points to engage the reader.