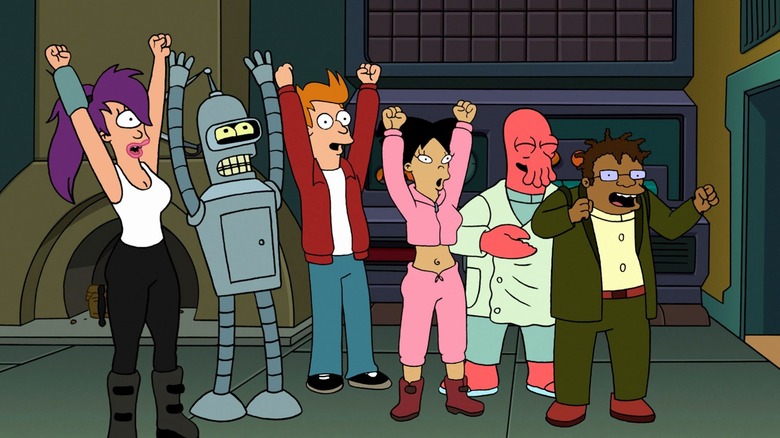 Good news, everyone! Hulu, a division of the Disney empire, which purchased all of the 20th Century Fox stuff a few years ago, is bringing Futurama back!

According to Variety, Hulu has ordered 20 new episodes of the series.

Unfortunately, John DiMaggio, who voiced Bender, is currently not attached.

Thanks for the concern and the props, everyone. I really appreciate it. Don’t worry, I’ll keep you posted, but until then… CHEESE IT! #bendergate

Here’s hoping Disney forks over the necessary funds to get DiMaggio signed to this series, or the great news, will quickly turn to semi-interesting news…