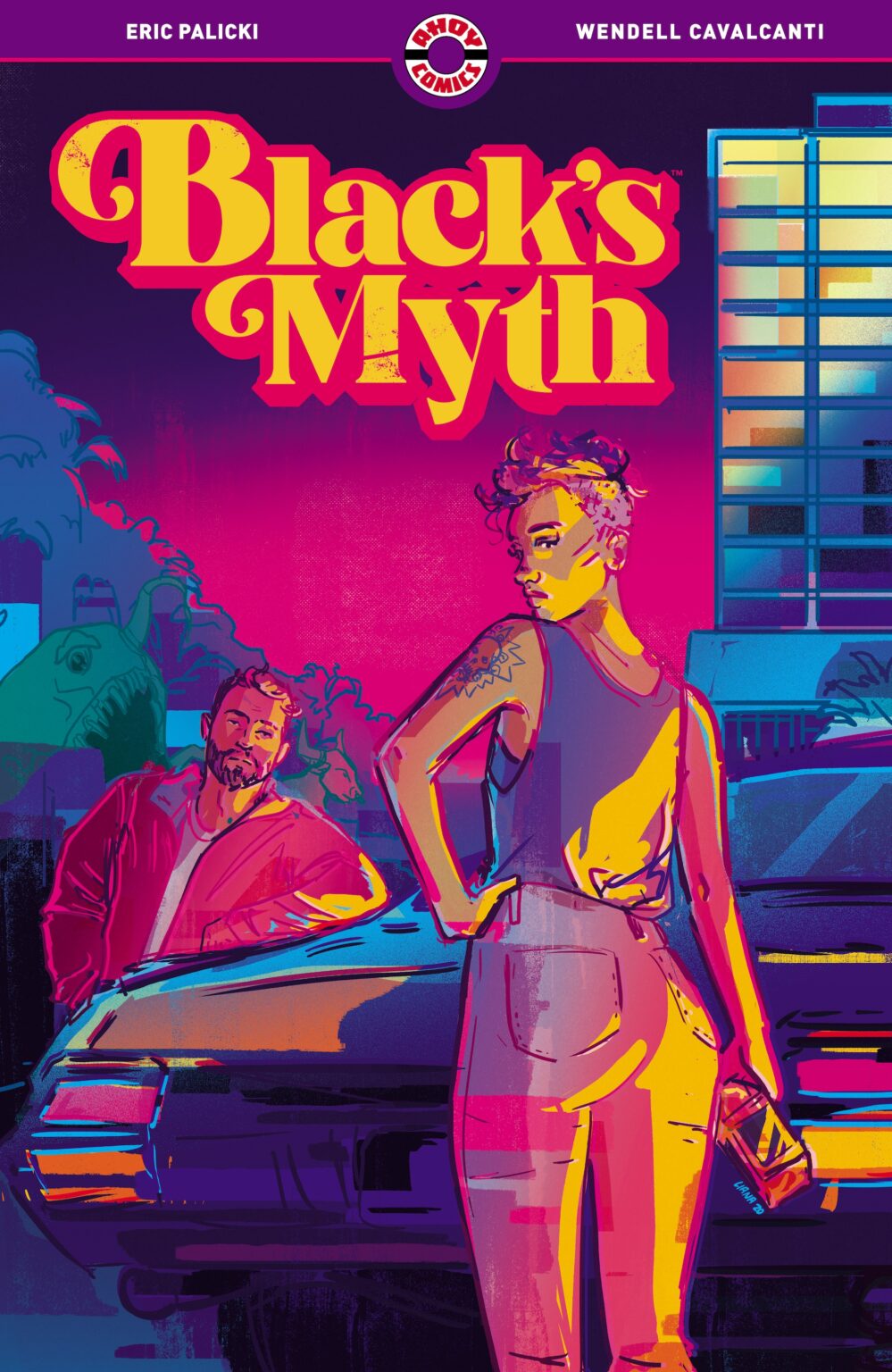 The punk rock horror series, Black’s Myth is set to return to AHOY Comics later this year from Eric Palicki and Wendell Cavalcanti. In the upcoming series, the son of the mysterious Rainsford Black has gone missing while searching for a grimoire dating to the 1600s which would allow him to summon demons to hunt and add to the elder’s growing collection of trophies. Now it’s up to Strummer and Ben to find him — but as always, the case is less clear cut than it seems on the surface.

“Our first story belonged to Strummer and Ben, but we called the book Black’s Myth for a reason, and we have so much more of Rainsford Black’s story to reveal,” said writer Eric Palicki. “What compels him to hunt (and collect) monsters, and what kind of case could possibly bring Strummer back into his orbit? Volume 2 promises answers, along with the return of everyone’s favorite Minotaur.”