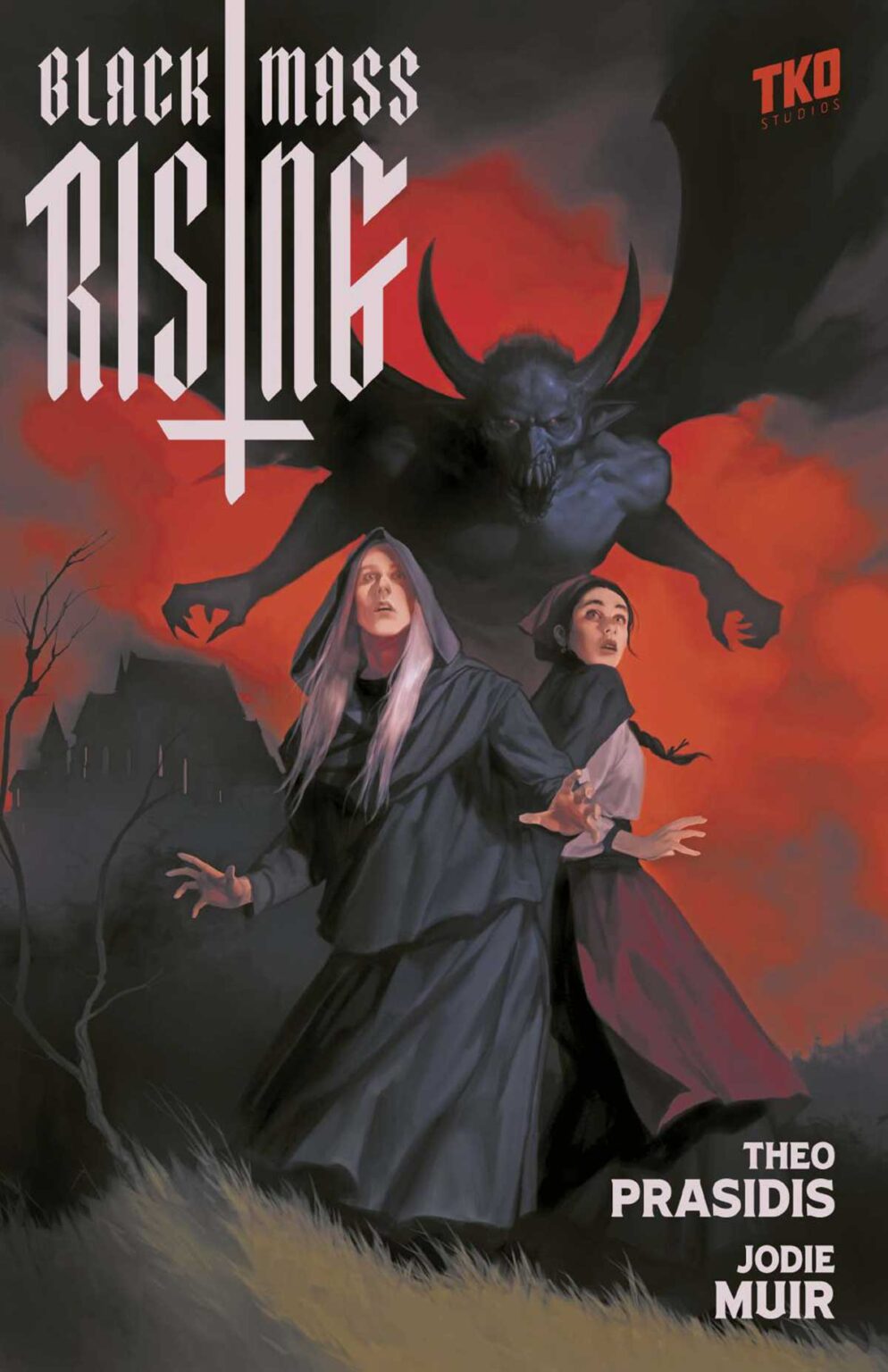 TKO Studios will release two new graphic novels in March 2022, and we have the cover images and solicitation information, just for you, after the jump. BLACK MASS RISING
by Theo Prasidis and Jodie Muir
Print MSRP: $19.99 U.S. / $25.99 CAN
Release Date: March 15th
Set one year after the death of Dracula, hope is returning to the lands of Transylvania, and a young peasant girl named Aurelia dares to dream of a better future, free from the yoke of the devil’s hundred years of darkness. But when a mysterious Healer drifts into town, seeking to cure land and people alike, a terrifying new evil stirs across the blasted lands and it seems that the lord of the undead is not through yet…or could it be an even greater evil? Dive into this titanic and darkly fantastical reimagining / sequel of Bram Stoker’s sanguine classic. THE FORGOTTEN BLADE
by Tze Chun and Toni Fejzula
Print MSRP: $19.99 U.S. / $25.99 CAN
Release Date: March 15th
In the land of the Five Rivers, the magical waters that flow from the Citadel grant incredible powers to the people who know to use them. Power that the Church of the Citadel guards jealously and with an iron fist. Years after Ruza the Unwashed, the world’s greatest warrior and wielder of the mystical Forgotten Blade, destroyed the last chance for the people to overthrow the Church’s cruel tyranny, he is recruited by a schoolteacher to save the souls of her two children cursed by inquisitors for no crime at all. To do that, they must do what no one has ever done — infiltrate the Citadel, discover the source of the Five Rivers, and vanquish the most powerful adversary of all: the malevolent god who created this world in the first place.