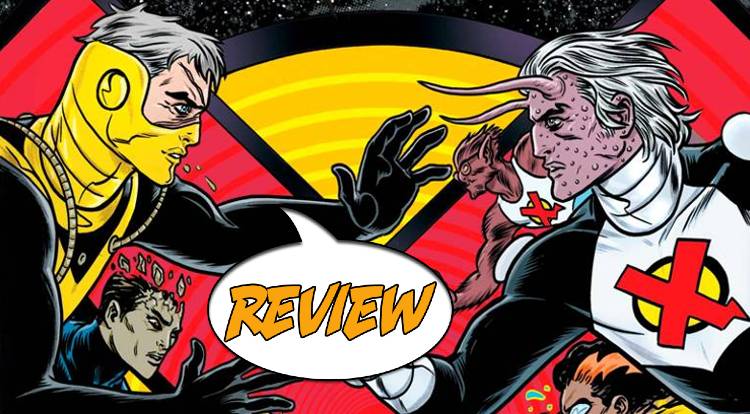 All the X-Statix are dead, and so was their team… until U-Go Girl’s daughter developed the same powers as her dead mother. Your Major Spoilers review of The X-Cellent #1 from Marvel Comics awaits!

Previously in The X-Cellent: They were loved by their adoring fans. They were reviled by the harsh press. They lived, they loved, they fought, and they died (a LOT) for the sake of fame. They were the X-Statix, a team of mutant celebrities fighting for a brighter world and an even brighter spotlight! But they’re old news now because there’s a new mutant team that will live harder, love harder, fight harder, and die a whole lot harder than those has-beens!

AS SEEN IN DEADPOOL 2

After the events of Giant-Size X-Statix #1 (nearly three years ago, though delayed for obvious reasons) the newly reformed X-Statix team has returned to action… to re-record some of their last mission for better footage! It’s all because their new director thinks that Kids Today doesn’t respond to unvarnished reality. That’s not the case for Zeitgeist (whom nobody remembers for his four minutes of fame 20 years ago, but most will recall going through the wood chipper in that last Deadpool flick) and his team, The X-Cellent, as they have amassed millions of followers in a short period of time, but the real question is, “Why?” An A-list actor is forced into therapy, and the followers go wild. Then, a comic convention is disrupted when fans are shown their true nature. By the time Zeitgeist personally KO’s both participants in a world title boxing match, it’s clear that something else is going on, but each victory feels more meaningless than the last. And the X-Statix have their own problems, as the in-fighting between their members continues, especially between Vivisector and The A, culminating in their conflict mid-battle, which leaves one of them seemingly on the verge of death!

WAS IT A FATAL DELAY?

The use of Zeitgeist in these pages is the big wild card, as he clearly has some sort of dark motives, unbeknownst even to his team. The Orphan, however, isn’t all that much more innocent, and the real conflict between the teams seems to be that Orphan’s social media strategies are no longer viable in the brave new world of 2020. Milligan’s script works hard to build the mystery, as a first issue should, but it feels a little bit TOO obscured for my tastes, almost making our heroes seem a little bit dull. (Which, to be fair, they kind or are, but… Y’know. Dramatic tension.) When it comes to the visuals, though, Mike Allred is remarkably consistent, even two decades down the line. The body language and expressions that made the original series memorable are here, as are the avant-garde layouts and body positioning that marked the X-Force/X-Statix issues back in the day. Remember the cool “leader leaps over the logo” cover that got homaged several times, including once with a character intended to be Princess Diana?

In short, The X-Cellent #1 is as confounding, as unexpected, and as puzzling as the X-Statix were back in 2001, in ways positive and less so, with beautiful art and coloring and a story that I wish was a little more transparent (even though that’s clearly the point) earning a well-deserved 4 out of 5 stars overall. The whole “social media superheroes” gimmick is more prevalent today, with Radiant Black, Blue & Gold, and Human Target all using bits of what made the original Milligan/Allred X-Statix book tick, so it’s good to see them breaking some new ground, and more importantly, to see that the extended delay didn’t destroy all that this comic could be.

The Allreds make with the gorgeous visuals, while Milligan's story deepens the mystery around Zeitgeist, while another X-Statix member buys the farm... or do they?