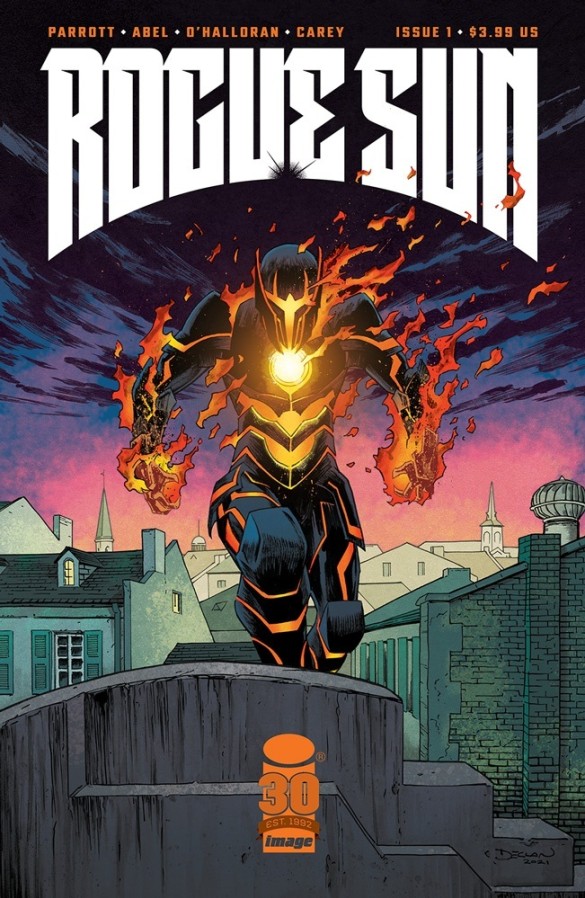 Spinning out of the world of Radiant Black comes the March 2022 release of Rogue Sun from Image Comics.

Written by Ryan Parrot of Power Rangers fame over at BOOM! Studios, Rogue Sun looks to mash the best of the Rangers and the best of Invincible into one new comic series.

Rogue Sun kicks things into high gear when rebellious teenager Dylan Siegel discovers that the late superhero Rogue Sun was his estranged father, Marcus—and that he’s inherited his father’s mantle. Tasked with protecting our world from the forces of the supernatural—and solving his father’s murder—Dylan will be forced to come to terms with the man he’s spent the majority of his life hating. This new ongoing series is a supernatural murder mystery that explores the complicated bond between father and son and cements itself squarely in a corner of the Image Comics superhero universe.