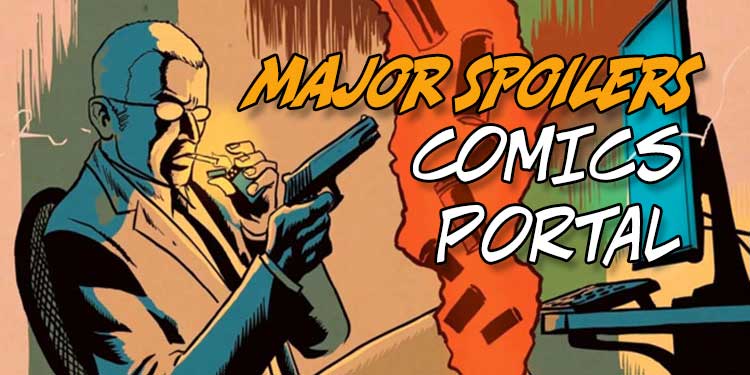 It had to happen! Comics are focusing more and more on the villains!

BRING ON THE BAD GUYS

Of course, comics tend to focus on the heroes—the guys and gals with the good morals and the even splashier costumes, but every so often, when the comic books have kind of run the gamut on the heroes, they turn to the villains to fill the comics pages!

However, just because the book is “about” the bad guy, that doesn’t mean we actually get a deep dive into him or her.

A great example of this is the Joker comic from DC. The Clown Prince of Crime is actually a minor character in his own title. If it were properly named, it would be called “James Gordon Hunts the Joker,” or something similar to that. Gordon gets the lion’s share of the focus in the comic, with Joker sometimes appearing only occasionally in it.

Granted, there has been a big surprise or two as to what the Joker has been up to, but he just doesn’t show up enough to suit my tastes when you call the book The Joker.

I know that baddies often have their own fans. Joker is one that I never have understood the lure of. I’ve seen people at comic conventions dressed up as him, and I often have to ask why they do that. The response is often something like, “He’s cool, man.” Oh.

Other villains have strutted their stuff in comics. Also at DC has been the Crime Syndicate, among others. In Marvel, we’ve seen Loki and Magneto have their own stories, just to name a couple of them. I recently read with interest the return of a villain-centric comic I thought I’d NEVER see more of. It’s called The Killer, and it’s described this way:

A man solitary and cold, methodical and unencumbered by scruples or regrets, the killer waits in the shadows, watching for his next target. And yet the longer he waits, the more he thinks he’s losing his mind, if not his cool. A brutal, bloody and stylish noir story of a professional assassin lost in a world without a moral compass, this is a case study of a man alone, armed to the teeth and slowly losing his mind.

The original series was a European comic that was reprinted here in America. It was written by Matz with art created by Luc Jacamon. Of course, this book is NOT for the kids among us!

To me, its perspective is something unique to me. It all happens from the point of view of an assassin, and not just any killer—one who is particularly good at it. We get to see just what he has to do to keep his trade a secret, including lying to his girlfriend and others, something else he does all too well for my own tastes.

What attracted me to it is the fact that I’ve never seen really appealing stories that drew me into them from this point of view. I actually felt sorry for this assassin when he ran into trouble or encountered difficulties.

Part of me actually felt guilty about that!

When I reached the end of the storytelling in The Killer, I was pretty satisfied with the journey. It has reached an end that I was happy with. I was very surprised to see that the same creative team returning to the same character in The Killer: Affairs of the State, the first issue scheduled to arrive in a few weeks.

Here’s how that new book is described:

Caught and put to work as an on-call assassin for the French government, Killer has to adjust to working with a handler, a partner, and living life as a civilian. An underhanded target, a City Hall employee, leads Killer and his partner, Nicolas, toward a sinister web of city-wide corruption. But while Nicolas assures Killer that it’s all for the greater good, will Killer ever be able to get back to his nihilistic lifestyle, free from debt and government associations?

While the original volumes came out from Archaia, the new six-issue mini-series is being released by BOOM! Studios and they seem to handle this kind of comic very well.

For me, it’ll be something interesting to go back into that perspective, the other side of things from the heroic angle I’m used to.

While the main character has always been involved in politics in one level or another, this time it seems like it’s affecting him more completely instead of just one aspect of him. I’m sure he isn’t happy with that situation!

What will the Killer have to handle in this new situation? How will he resolve it? I’ll have to buy the comic and see!

What do you think? Are villains more complex and unpredictable than heroes? Are they the future of comic books? What villains do you feel deserve their own titles? Whatever your opinions, be sure to share your thoughts below!