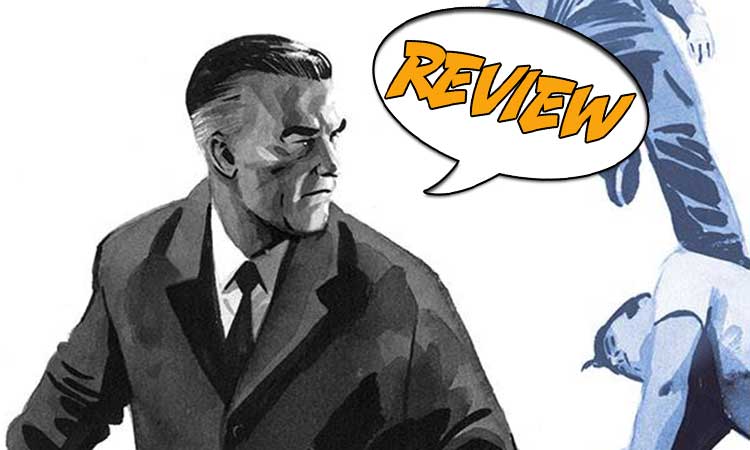 The crime families of the city are in the sight of a killer. This means it’s up to Newburn to track them down before he becomes a victim himself. Your Major Spoilers review of Newburn #3 awaits!

Previously in Newburn: Newburn and his protege Emily are still trying to figure out who else is targeting the crime families after having already uncovered the ones behind the arsons affecting the triads.

Newburn #3 opens up at the murder scene of a few mobsters.  Newburn, Emily, and Officer Casey discuss the murder and realize they’re at a dead end.  Before tempers flare too much Newburn gets a call and is invited to Castle Black, a manor that’s considered neutral ground for crime families to settle disputes.   Once there it becomes clear that the various families are losing patience with Newburn and want results from him sooner than later.  After leaving the meeting, Newburn and Emily convene to go over what they know about the crimes.  They are called and informed that another murder has happened.  Instead of going to the scene, the two go to the autopsy later. While there Emily discovers a clue that had been overlooked, which clues in Newburn into who the killer is and he goes to confront them.

NICE MOMENT TO MOMENT, BUT ANTICLIMACTIC

Newburn #3 continues the series’s trend of having a strong grounding in noir and having a main character that is intriguing for all the things he doesn’t say as opposed to what he does. Also, this issue has some particularly good scenes such as the meeting of the crime families which conveys a real sense of dread and manages to put into question Newburn’s image of being untouchable which adds tension that was lacking in some of the previous issues.  The other scene that needs to be highlighted is the one where Newburn confronts the killer.  It’s a classic sort of scene with the protagonist explaining how they were able to figure things out, as the killer slowly becomes more and more unhinged.  It’s a cliche for sure, but it’s done so well here that it’s still impactful and still manages to bring the issue full circle using an unexpected callback.  The one thing that isn’t handled well in this issue though is how the revelation of the killer is handled.  As soon as Emily discovers what she does, Newburn immediately knows who it is, but the connection is never stated, which makes this come off as more or less convenient and diminishes the tension built up earlier.

The art throughout Newburn #3 is well done, but it really shines during the final pages during the confrontation between Newburn and the killer.  The use of the limited light sources and the darkness is spot on and creates a truly distressing moment and as well as doing most of the work in making the killer seem like a true threat.

BOTTOM LINE:  A GOOD ISSUE WITH ONE MAJOR MISSTEP

Newburn #3 is another good entry into this series that stands on its own as a story.  There’s a real sense of danger for Newburn and Emily as well as a great confrontation towards the end.  Unfortunately, a few moments of lazy writing hurts the issue overall. The backup story was fine as well but not a plus or negative to the issue.  3.5 out of 5 stars.

Newburn #3 is a solid neo-noir story that pits bad guy vs bad guy in a tense situation with some real stakes for the characters. Some poor writing choices tarnish this a little, but it’s still enjoyable.