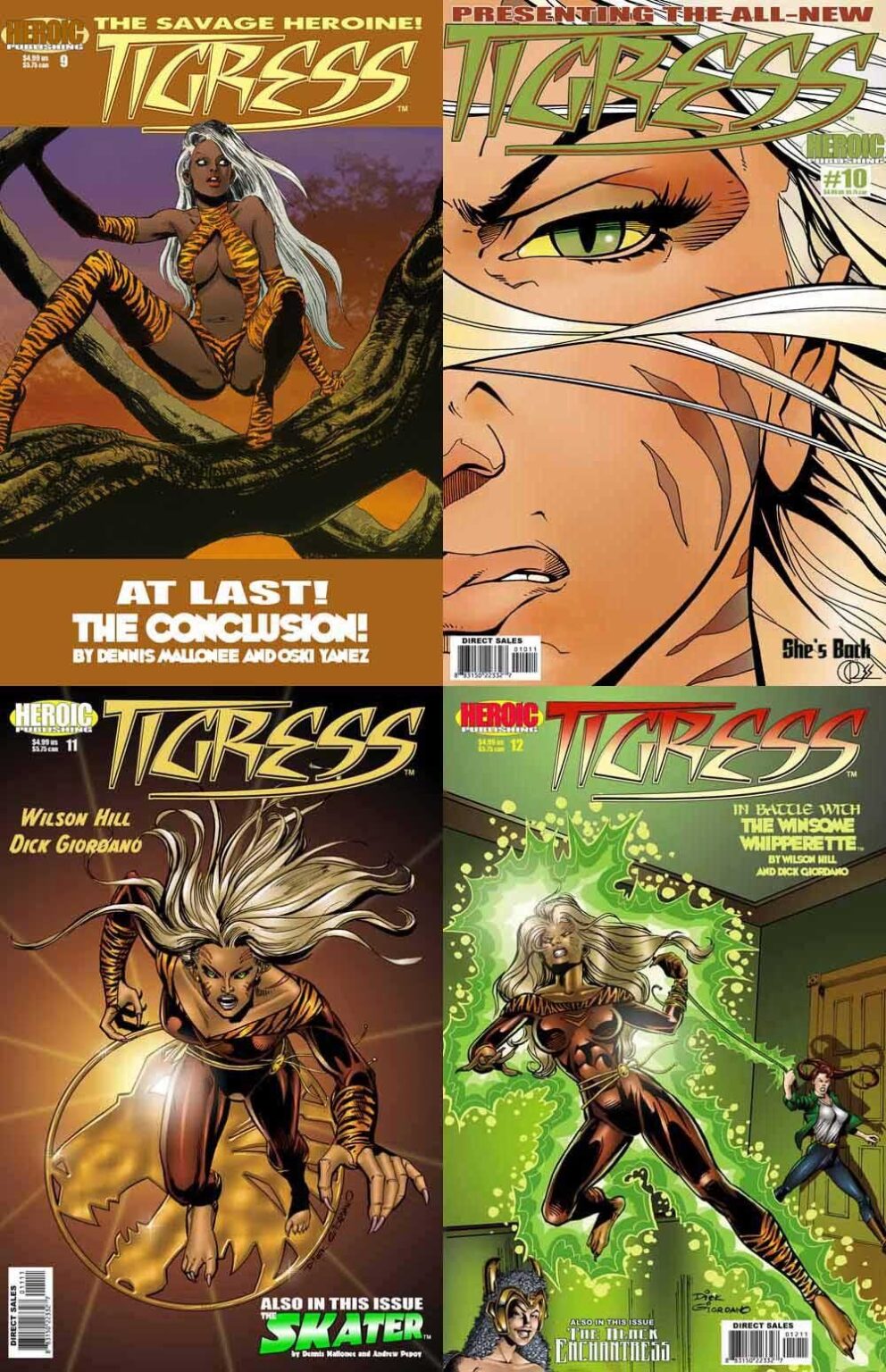 Heroic Publishing let us know it has four new issues of Tigress coming our way over the coming months.

Here is the solicitation information from Heroic Publishing: In the ninth issue of Tigress, against the challenge of her ancient enemy, the SERPENT, the savage Tigress doesn’t stand alone. She has friends to help her, including Skylark Smith, Felicity Bliss, and none other than Flare’s arch-enemy the invincible Thugmaster. But under the baleful influence of the sinister Serpent, will the Tigress even recognize her allies as friends? Find out in this long-awaited conclusion to the decades-old saga of Fatima Kaldawi and Katherine Kaat.

This all-new 24-page adventure is the concluding chapter in the saga that began way back in the ninth issue of Flare. It’s written by Dennis Mallonee, with 21 pages of artwork by Oski Yanez, an introductory 3-page graytone dream sequence by Mark Evans, and cover artwork by Mark Beachum.

Tigress #10 features the classic origin of this generation’s successor to the savage Tigress, the all-new Tigress, aka Kassidy Farrell. It’s a 23-page confrontation between Kassidy and the sinister Serpent, by writer Wilson Hill and artist Daerick Gross Sr.

ONE WORD OF CAUTION! Some fans of the Heroic Publishing comic book universe may already have a copy of this issue. A few months ago Heroic did a small Kickstarter and printed a limited number of copies of Tigress #10.

It’s another mix of the old and the new, featuring the 16-page conclusion to Kassidy Farrell’s battle with the Serpent, plus a brand-new 8-page adventure starring the irrepressible Skater.

The Tigress story was written by Wilson Hill, and featured the debut of comic book legend Dick Giordano as the Tigress’s regular artist. The Skater tale is written by Dennis Mallonee, with artwork by Andrew Pepoy.

And in Tigress #12, there are two more of Wilson Hill and Dick Giordano’s Tigress tales, featuring special guest appearances by the Black Enchantress and the winsome Whipperette. These stories were specifically designed to establish the new Tigress as a major player on the occult side of Heroic Publishing’s comic book universe. These two stories are some of Dick Giordano’s last, and arguably some of his best work