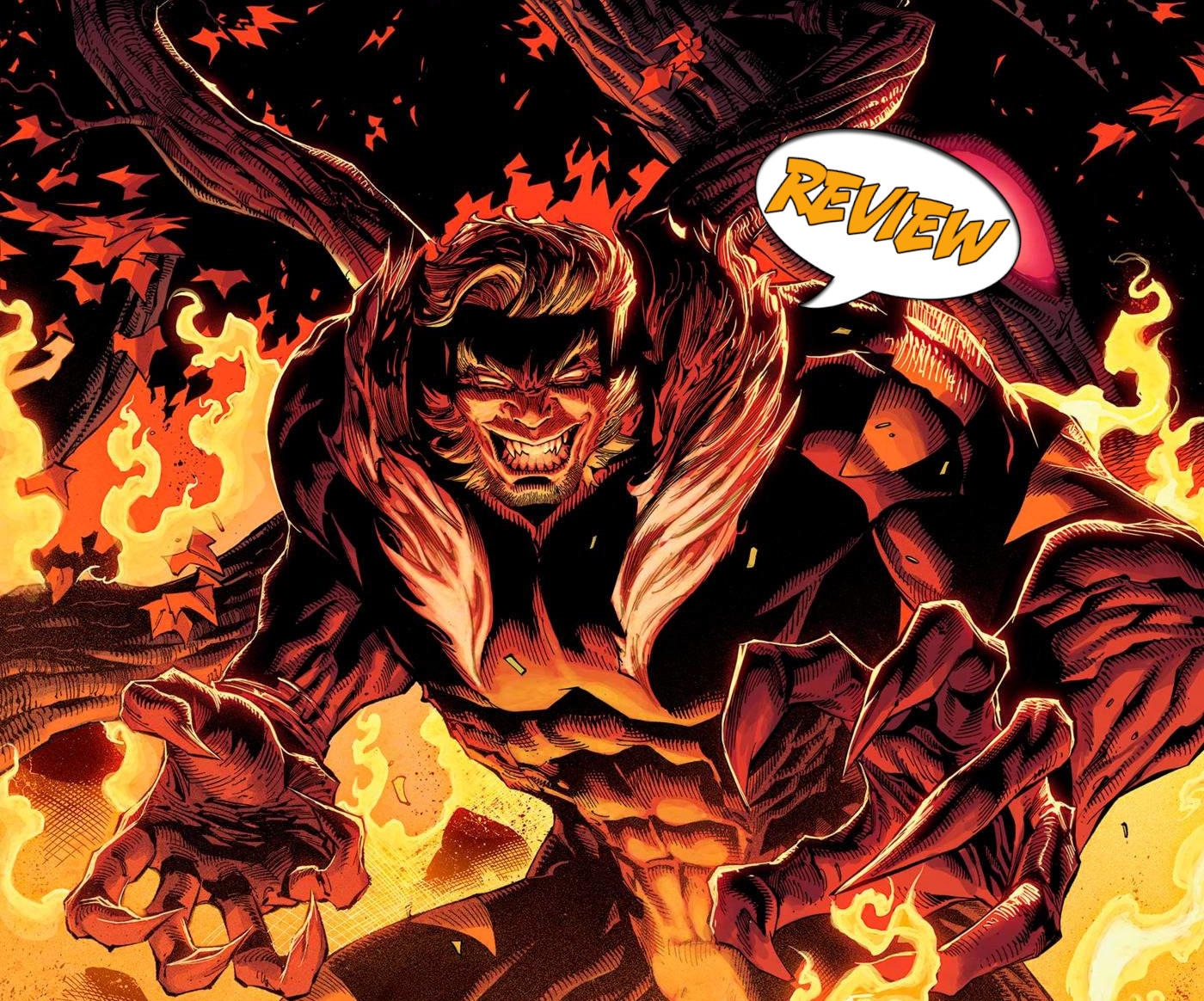 Sabretooth has been sent to prison in Krakoa, but he swore he would escape. Find out how he has been biding his time in Sabretooth #1 by Marvel Comics!

Previously in Sabretooth: When Krakoa was formed, Sabretooth was resurrected. But he broke Krakoa’s law, and he stood trial in front of the Quiet Council. He was deemed the first mutant for capital punishment and was sent to exile into the pit. And there he has stayed since.

THE TRUTH OF SABRETOOTH

Sabretooth #1 starts with a reminder of what happened to Sabretooth at his trial and how he was sentenced to exile. Next, we see him hunting a bear when he is suddenly ambushed by the X-Men. Sabretooth single-handedly murders the team. We then suddenly see him locked to a chair and table in what appears to be a prison. Cypher walks in and offers Sabretooth a deal, his mental freedom. While Sabretooth’s body will be locked up, he will have control over his thoughts.

In his brain, Sabretooth goes on a killing spree and hunts down all his enemies over and over again. Eventually, he tires of that and develops a world where he is King. He later becomes the leader of the Starjammers. Eventually, he became bored of that until he finally settled on a place he could call home. He created hell for Krakoa, and he ruled over it. One day though, actual people came to his mind, and he realized that perhaps he had a new purpose. To torture the people that arrive at his domain.

I don’t know if I liked what Sabretooth #1 did. They effectively created a hell, but I don’t recall ever seeing a heaven analogy. Is there heaven when resurrection is a thing? In the Way of X miniseries, Nightcrawler developed a religion for mutantkind. Still, this religion didn’t have anything to do with the afterlife.

What is the purpose of this comic? What was I supposed to get from this? The theme was odd, and I was just watching Sabretooth murder people. Which visually was exciting but not a compelling plot.

Perhaps this will make more sense in future X-Men issues. I know there is some weird stuff coming up for the resurrection process. I’ll be interested to see if Sabretooth returns as a significant character for Krakoa.

I really wanted to know more about what happened to Sabretooth, but I was disappointed. The themes weren’t engaging, and I don’t particularly enjoy violent books. This is a 3.5 out of 5 for Sabretooth #1. It is an okay book where the art really carried the story.

I could not grasp the themes of Sabretooth #1 and therefore lost interest as the story progressed.