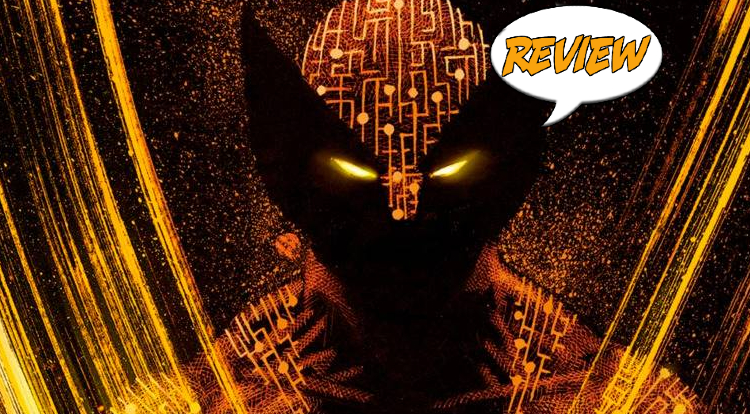 The destiny of Wolverine lives in the past, so what does that mean for the future? Your Major Spoilers review of X Deaths of Wolverine #1 from Marvel Comics awaits!

Previously in X Deaths of Wolverine: In pursuit of a better world for mutantkind, Moira MacTaggert deceived them all. To avenge this wrongdoing, Mystique cut off Moira’s left arm and used a specially designed weapon to strip her of her mutant ability to resurrect. Moira narrowly escaped, but is now on the run from a deadly shapeshifter with only one life to lose…

NO CHOICE BUT TO RUN

As our story opens, we pick up from the end of Inferno, where we discover the startling truth: DECOY PROTAGONIST! Moira MacTaggert is on the run from Mystique, who removed her powers and ejected her from Krakoa, even slicing off her arm to add insult to injury. Cypher at least had the decency to open a gate back to her home in Scotland, allowing Moira to flee, but she is terribly aware that the shapeshifting assassin who could be ANYONE Is on her tail. Worse still, without her immortality powers, she’s susceptible to all sorts of new problems, such as stage 4 Cancer. While she checks in with Dr. Jane Foster, Black Tom Cassidy finds something awry with the fauna of Krakoa, getting killed by a mysterious something hiding underground. Moira gets the news that she’s running out of time for her health, only to have Mystique arrive as a nurse with murderous intentions. The resulting battle between her would-be killer and her doctor (who, as you may recall, is also The Valkyrie) gets her on the radar of the FBI, which complicates matters… but not as much as the Phalanx-infected Wolverine that has somehow emerged from Krakoa!

A FUN BOOK (WITH A LITTLE RESEARCH)

This issue was pretty impenetrable to me at first, as I haven’t been keeping up with the X-books, and I actually mistook it for X Lives of Wolverine, the companion series. Regardless, once you get some background in, this story works pretty well as a first act of an action story. Moira’s plight is an interesting twist on her power to reset the timeline upon her death, especially given that the only way to test whether or not Mystique’s plan works is for her to die and risk not coming back. I don’t mind the art in this issue, but Vicentini has moments that evoke a Chris Bachalo or Humberto Ramos, moments which are a bit overwhelming within this issue’s tighter emotional plot. The half-page splash of Jane as The Valkyrie is lovely, though it’s not really followed up on, as she’s never seen in the issue again. (I also wonder why she, with Asgardian mystical powers, is in any way intimidated by Mystique.)

For me, though, the biggest drawback of X Deaths of Wolverine #1 is the price, nearly six dollars for a single comic that contains a lot of running and a little fighting and doesn’t really feel like the 48 pages it contains, with art that ranges from very solid to over-exaggerated, earning 3 out of 5 stars overall. The die-hard X-Men fans will absolutely want this one, but for the casual reader, it’s probably more of a “wait for the collection” kind of book, especially given how little information is actually imparted (and how little Wolverine is in what is purportedly a Wolverine comic.)

The name on the cover isn't the protagonist of most of the issue, but the real fun comes in what happens around her, spinning out of the Inferno storyline.