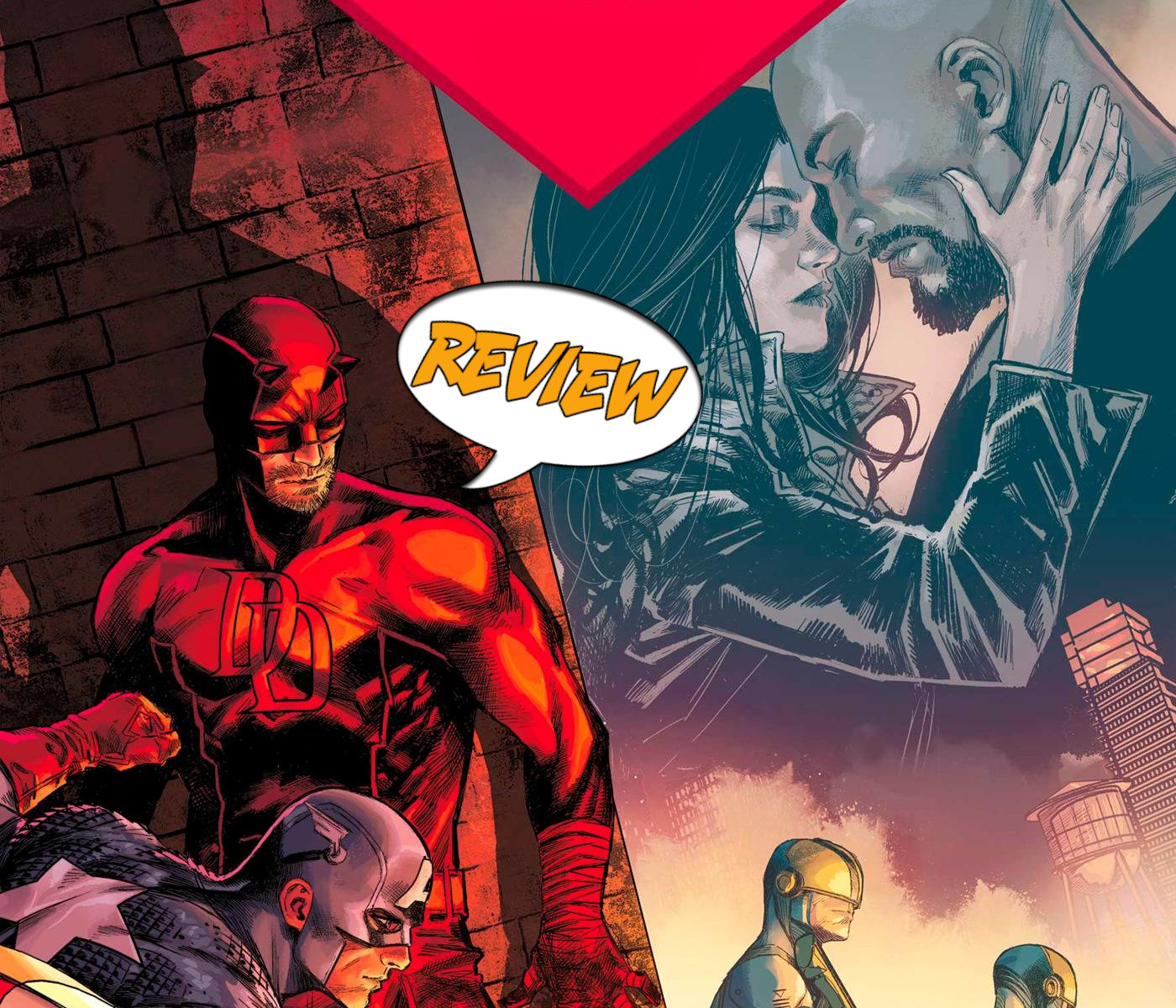 Wilson Fisk uses his power as Mayor of New York to shut down superhero vigilantism. Now Luke Cage must run against him before Fisk can do any more harm. Find out more in Devil’s Reign #3 by Marvel Comics!

Previously in Devil’s Reign: Wilson Fisk was once the Kingpin of Crime but has since become another type of criminal; a politician. After realizing that someone or something messed with his memory of Daredevil’s secret identity, he became obsessed. Declaring superhero’s illegal, he has sent the villainous Thunderbolts to round everyone up. Only Luke Cage stands against him as a political rival while everyone else is arrested or goes into hiding.

Devil’s Reign #3 begins with a prison break. Spider-Man is being brutally interrogated by a police officer but is rescued by The Thing and the Human-Torch. Additionally, we hear a political speech by Luke Cage to the City of New York, supported by Foggy Nelson. Daredevil, Captain America, and a few other heroes realize that their opinion is being swayed. Jessica Jones realizes this is the effect of the Purple Man. This causes Daredevil to take aggressive action and attack Wilson Fisk directly. If he is using mind manipulation, then he must be stopped. During the planned assault against Fisk, our heroes are attacked by Doctor Octopus and his Superior Four. During the fight, the person in the Iron Man suit isn’t Tony Stark but is actually Chameleon.

Lastly, the comic features Foggy Nelson being attacked in his office and the return of The Purple Man’s children.

I am really enjoying the tone of Devil’s Reign #3, but there is something that bothers me. The style of this story is very street-level, but it feels like it shouldn’t be. We know this is an international incident since Krakoa and the X-Men are part of this event. But shouldn’t there be more international pressure? We hear briefly from Sue Storm that this may become a federal law if it gets out of hand, but I think we should be seeing more heroes than just the standard residents of New York. I question if the creative team can keep this street-level tone realistic with all the puzzle pieces in motion.

Regardless, I love this story. It is complex and has a lot of different emotions and ideas going around. And so far, the cast doesn’t seem out of control, and the emphasis is still on Fisk and Daredevil. Suppose we can keep that momentum going throughout the rest of the story. In that case, it will become my favorite Marvel event.

Devil’s Reign #3 pushes the boundaries of Wilson Fisk’s authority as a mayor, and I love it. Will Fisk succumb further to his madness or obsession? I can’t wait to see how this event continues. 4 out of 5 stars for Devil’s Reign #3 from me.

Devil's Reign #3 does a great job focusing on the Kingpin and Daredevil while giving the rest of the cast solid moments in the spotlight.