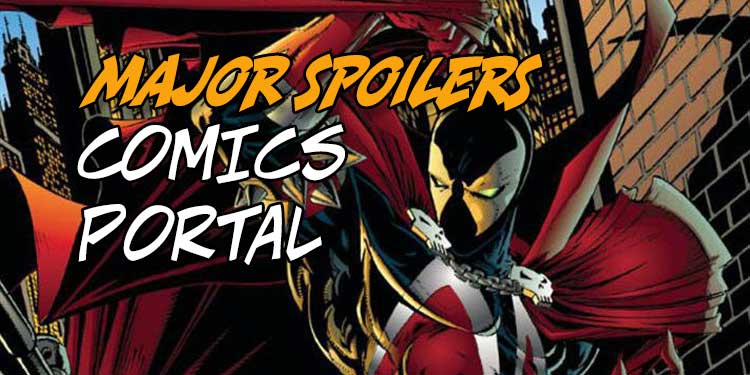 Come this April, Image Comics will be 30 years old, as reported here at MajorSpoilers.com!

LIVING UP TO THEIR ‘IMAGE’ They started out with huge success with Youngblood #1 in April of 1992. While not all of them are still involved with Image, they did cause the industry to change.

In fact, I often refer to some comics shops as “Image” stores because they focus on that company first and foremost. You often have to walk past all the Image offerings before you even begin to see any other comics companies’ books.

Image continues to be an industry influencer. They recently signed Jeff Lemire to an exclusive contract, and they have many of the more “creative” comics on the stands today. That includes Saga, Spawn, The Walking Dead, Invincible, Radiant Black, Once and Future, Crossover, Monstress, and many others.

One of the ways Image is celebrating their birthday is by publishing Image!, a 12-issue anthology series featuring some of the biggest names in comics. This $5.99 book will have “ongoing serials and standalone short stories” as well as exclusive looks at upcoming comics from Declan Shalvey and Skottie Young. The debut issue will be released on April 13, 2022.

As seen in the news release above:

“There’s no better testament to what Image is all about than the incredible talent we work with, so an anthology featuring an amazing assortment of those artists, writers, colorists, and letterers seemed like a no-brainer,” said Image Comics’ Publisher Eric Stephenson. “We literally would not exist without the creators we publish, and Image! is a celebration of their unbridled creativity.”

It wasn’t all that long ago that these kinds of birthday celebrations were pretty rare. These days, however, they happen very regularly. Hey, it used to be a BAD thing if you were “old,” as some fans used to call it.

Then, too, Image has consistently been in third place when it comes to sales numbers each month. That’s not a bad thing at all when you consider how many comics companies have come and gone after a short time in the business.

It’s kind of interesting to me as well that Image is where many creators go when their stints and Marvel and/or DC have concluded. Again, that’s not a bad thing at all!

Another thing Image has excelled at is what has become known in the industry as “creator-owned properties.” If a “name” writer or artist wants to publish a comic book that he or she has developed on their own, Image is where these books tend to land. There is a LONG list of people I could run off here, but you can just check the comics press to see who is the most recent to make this happen.

All this is good for comic books. We need more creativity in the industry, and by helping “new” storytelling hit store shelves, Image fills an important need.

Is every book a hit? No, and not every book completes its run as a mini-series or beyond. But contrast that to the aforementioned Walking Dead, which broke into TV and is still happening there. A couple of big books like that can make a HUGE difference to a comics company, let me tell you! One of the things Image does very well is continuing to bring new properties to local comic shops.

Personally, I buy more Image comics than I buy Marvel books, which is saying something, I guess. I pick up Radiant Black, Crossover, and a few others depending on what it is and who is making it. I buy the Once and Future trades rather than the individual issues, which is very rare for me.

Let me share a few Walking Dead experiences I’ve had. First, I was at a local shop with some extra cash to spend, so I asked the owner what he would recommend. He told me definitely to get Walking Dead. I scoffed at that suggestion. “A black-and-white zombie book? You must be kidding!” He insisted, so I picked up a few of the early trades. When I dove in, I was hooked!

I read that comic for years and even watched the AMC TV show. However, the comic was losing my interest, so I told the owner of the current LCS I frequent to stop getting me TWD after issue #200.

Little did I know, but Robert Kirkman had beaten me to it! The book concluded before it could reach that lofty number!

However, TWD is coming back in June of this year with a new series focused on teenager Clementine, a character who first appeared in a TWD video game. Writer/artist Tillie Walden is creating this trilogy of original graphic novels.

What will be Image’s next big hit? I never know, but there are a lot of popular books coming back this year, and that includes Astro City, ShadowHawk, The Darkness, and Prophet. As far as new books, Kurt Busiek has several projects coming in 2022 including Arrowsmith: Behind Enemy Lines (with artist Carlos Pacheco), The Gods on Sunday Morning (an OGN by Anderson, Ross, and Sinclair), Free Agents (a new series with Fabian Nicieza and Stephen Mooney), and the return of Autumnlands (with Benjamin Dewey and Jordie Bellaire). I’m anxious to read all of those!

So, here’s an early Happy Birthday wish to Image Comics! You don’t even begin to look 30 at all!

What do you think? What has been Image’s biggest accomplishment in the last 30 years? Are they the company you buy the most from? What are you looking forward to from Image in the coming months? Whatever your opinions, be sure to share your thoughts below!