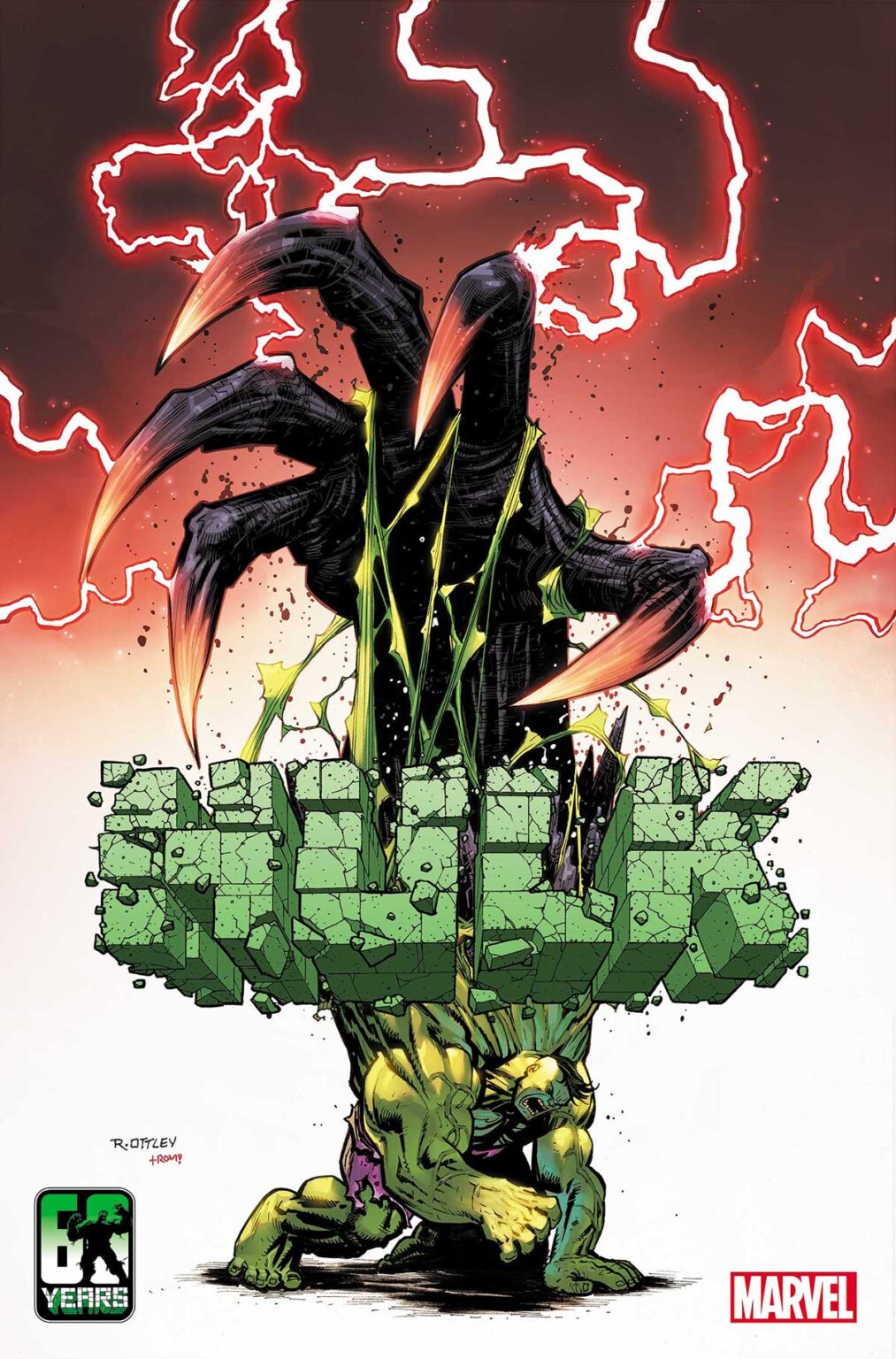 There’s an all-new Hulk coming our way in April, and Marvel Comics is giving us a preview with a peek at the cover for Hulk #6 by Ryan Ottley.

Here is the PR from Marvel Comics:

The first arc of Donny Cates and Ryan Ottley’s mind-blowing Hulk saga will reach its epic climax as Bruce Banner’s control over Starship Hulk slips…and something much worse takes the wheel. The new threat that emerges promises to smash the HULK mythos to its core and will fuel Bruce Banner’s rage for the foreseeable future. Known only as TITAN, fans saw their first glimpse of this powerhouse new Hulk on Ottley’s main cover of April’s HULK #6 and now can see him in all his terrifying glory in a special TEASER VARIANT COVER. Also drawn by Ryan Ottley, this dynamic cover showcases Bruce Banner’s cruelest transformation as his Hulk persona evolves into its most destructive form yet…

What do you think about this all-new, all-different Hulk? The character has gone through a lot of changes over the years – grey, green, grey and smart, red (probably), blue (maybe)… now this.