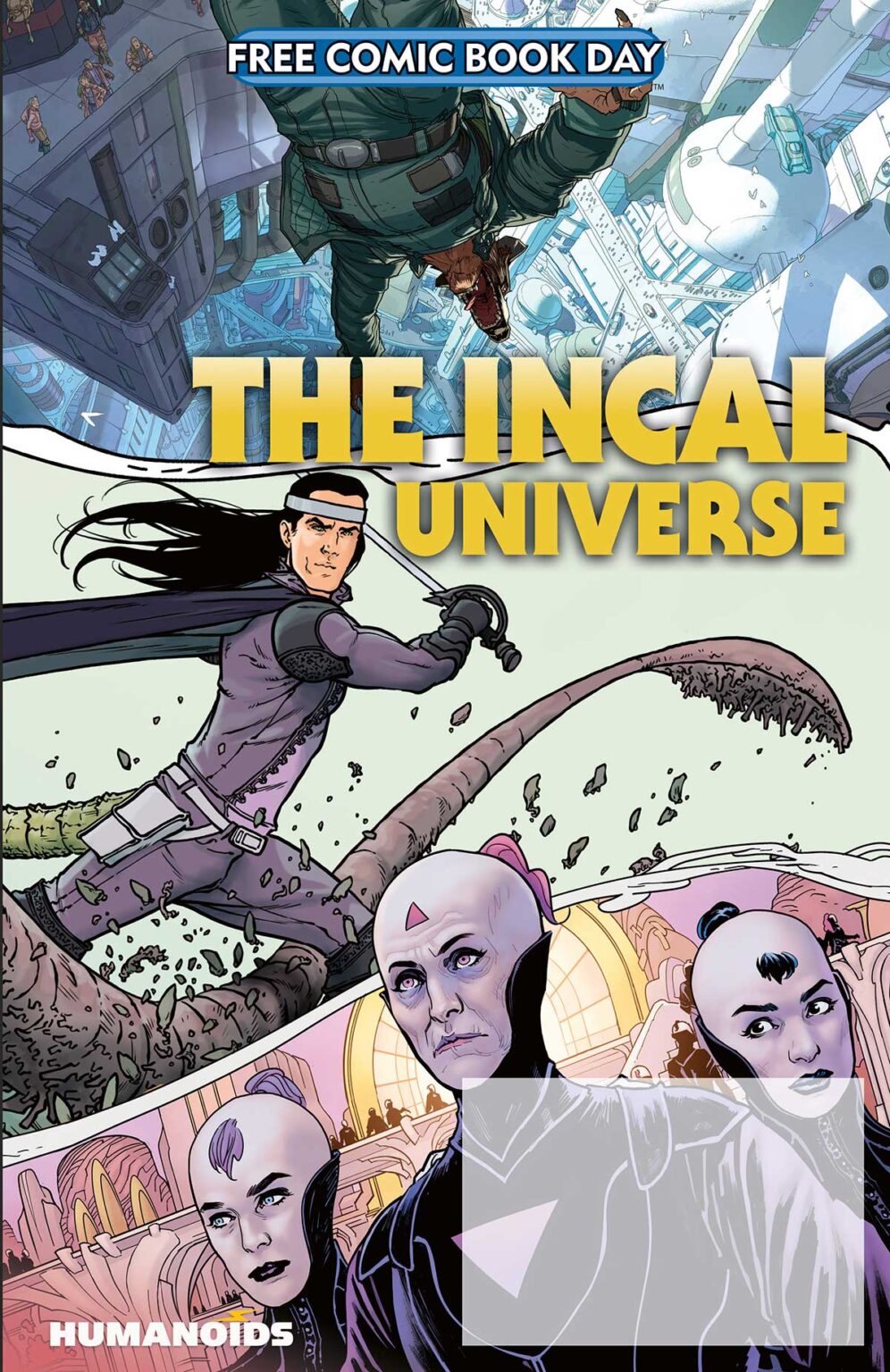 The next couple of years are going to be big for The Incal; a new movie is coming, reprints of Alejandro Jodorowsky and Moebius are on the way, and Humanoids will be releasing new graphic novels set in The Incal universe. Next May Humanoids will publish the FREE COMIC BOOK DAY: THE INCAL UNIVERSE SPECIAL, which previews three new titles: PSYCHOVERSE by Mark Russell and Yanick Paquette; DYING STAR by Dan Watters and Jon Davis-Hunt; and KILL WOLFHEAD by Brandon Thomas and Pete Woods.

“Four decades after its publication, the world of THE INCAL remains a shock to the system and a transcendent work,” said Humanoids CEO, Fabrice Giger in a press release. “This new INCAL UNIVERSE project, to which Alejandro Jodorowsky has given his blessing, will open the door for a new generation of readers to discover all new adventures featuring John Difool, the Metabaron, Kill Wolfhead, and the Incal.”

“The world of the Incal, the Matterverse, is full of strange technology, astonishing worlds, and extraordinary creations,” said Humanoids Publisher Mark Waid in the same Humanoids press release. “THE INCAL UNIVERSE titles are designed to drop readers into this universe, just like John Difool was once, in the opening pages of THE INCAL.”

No other information is available at this time, but as soon as Humanoids lets us know, we’ll let you know.