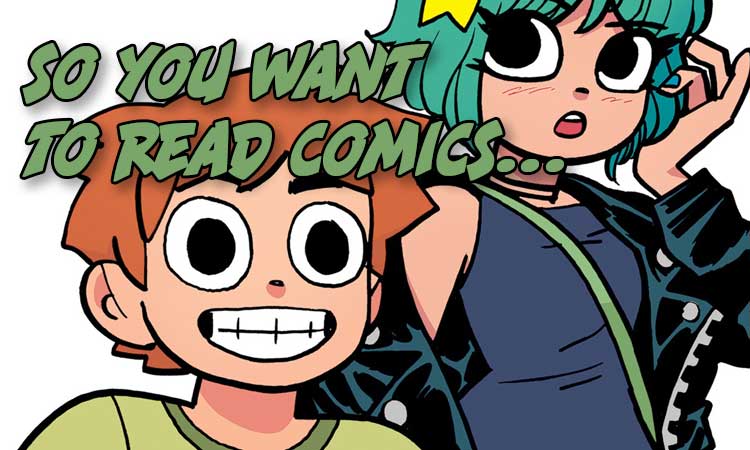 So You Want To Read Comics: Coming of Age Edition

It’s time to grow up with this week’s “So You Want To Read Comics”.  This is our weekly feature where we take a look at a single topic, and then give you a pair of comic book recommendations, perfect for new readers, based on that topic.  This week we’re looking at the diverse genre of the coming-of-age story.

The process of “coming of age”, is the point where a child moves into the adult space both through their age and the way their outside world perceives them.  This is a defining moment for many people, with the occasion being heavily celebrated events in certain cultures and religions. So, it stands a reason that this process often finds itself being utilized in fiction.  These stories often capture the turmoil, confusion, innocence, and hopefulness of the time, and are sought out after people looking for something that they can relate to in their current life, or as a way to help remember days gone by.  Books and movies like Catcher in The Rye and Stand By Me, have become synonymous with these stories and now often find themselves being a part of other people’s actual coming to age stories.  So, it shouldn’t be a shock that the world of comic books has its fair share of coming to age stories as well.

Supergirl: Being Super is the story of how Kara Danvers, AKA Supergirl, has to juggle being a 16-year-old girl, while also basically being a living god among humans.  It’s not a wholly unfamiliar type of story.  Shows like Smallville and Stargirl have similar ideas.  But what sets this one apart from stories like it, is that there’s an amount of sincerity injected into this that gives the feel of being a deeply personal book.  We don’t just get the typical shenanigans of trying to hide superpowers while making it to math class on time, we really get to see the depth of turmoil that can go on in a young person’s mind as they transition from adolescence into adulthood.  Then you sprinkle the superheroics on top to make it even more intense.  A nice detail about this collection is that it is self-contained in its own universe.  You don’t need to have any outside knowledge of comic book continuity to be able to jump into this one and enjoy it.

The sad truth is that some of us, are/weren’t great people growing up.  In fact, some people are straight-up jerks.  So for them, coming of age means not only assuming the qualities of an adult and taking on those responsibilities but also shedding some of the personality traits that have hindered us along the way.  And there is perhaps no graphic novel series that quite captures this idea like Scott Pilgrim.  For those who don’t know, Scott Pilgrim tells the story of Scott as he battles the seven evil exes of the woman of his dreams, Romana Flowers.  Along the way, he has to learn what it means to be a decent person and prioritize things correctly. It has a lot of flare and is steeped in style, but beyond all that, there is a heartfelt tale being told that a lot of people understand, even if they don’t want to admit it.

What are some of your favorite Coming-of-Age stories?  What did you think of these suggestions?  Let us know in the comments section below.