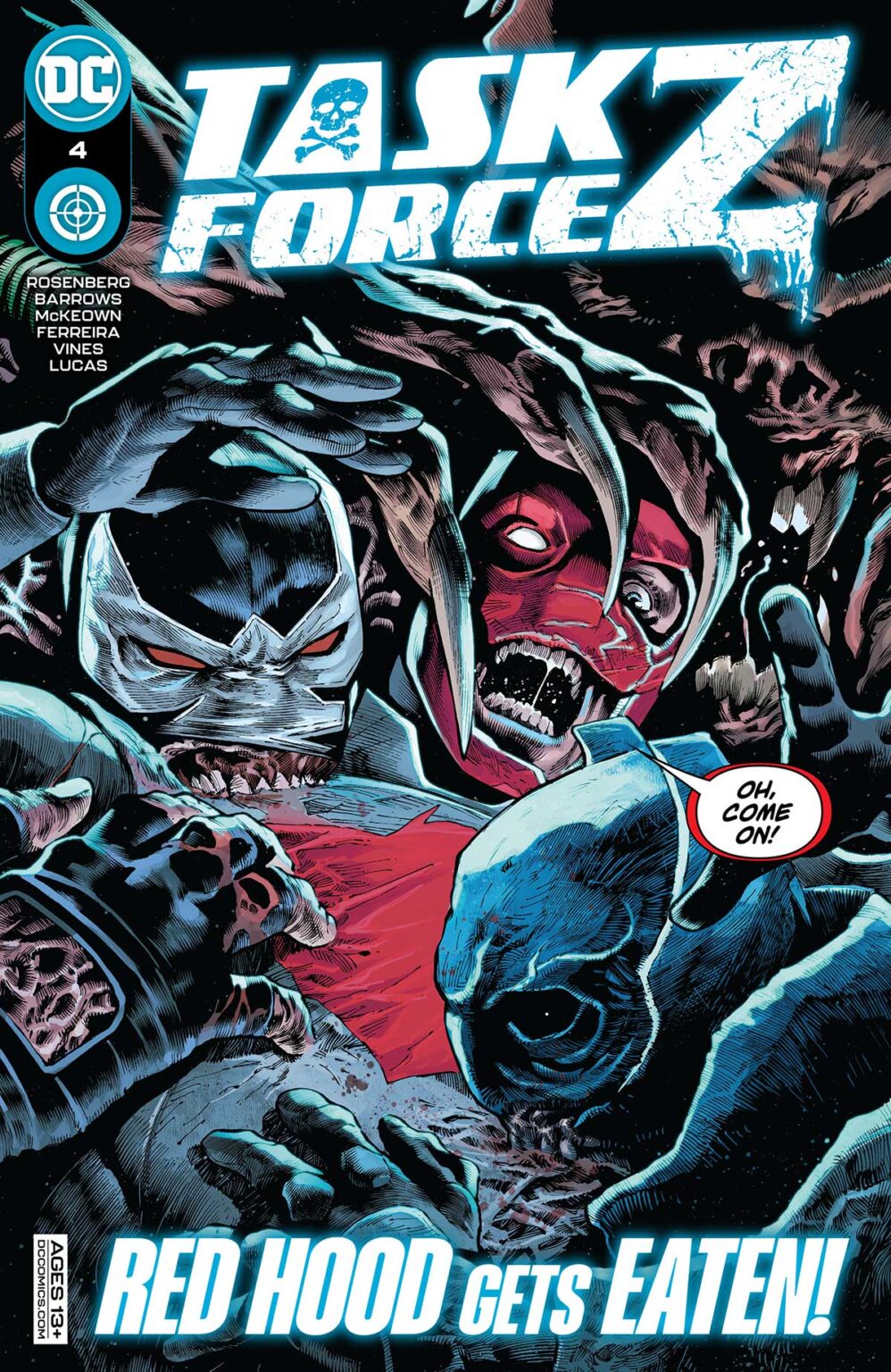 There’s no way that Red Hood’s team of zombie villains would ever turn on him. I mean, that’s just math. There’s no chance at all that trying to control a team that literally has zombie Bane on it will work out badly. So just stop it, don’t even think that way…and even if that were the case, there’s no way Mr. Freeze would return to kill everyone either, right?