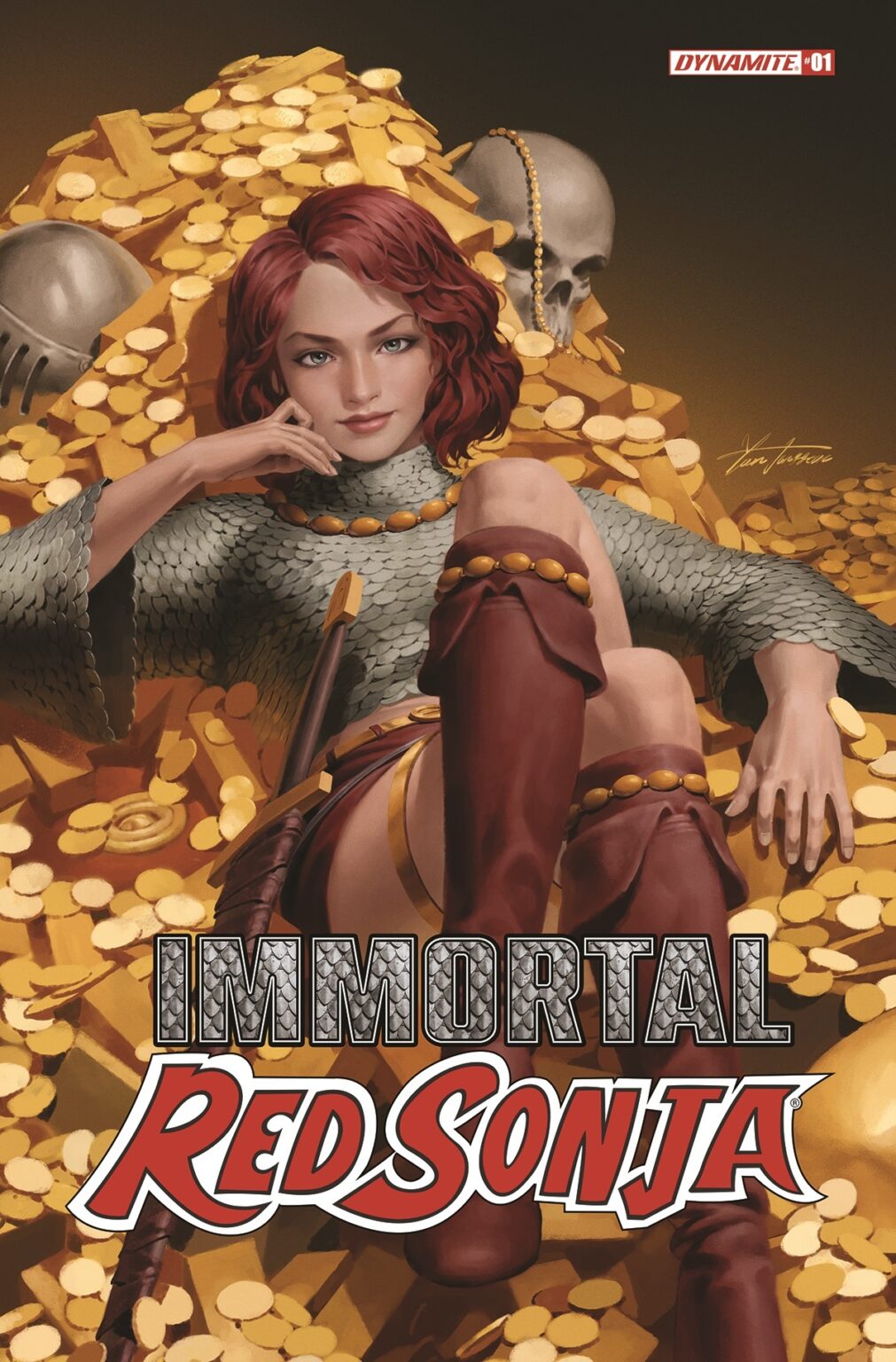 Red Sonja takes on the Green Knight at Dynamite Entertainment

We’ve seen so many crossovers with Red Sonja, that nothing surprises us anymore, though the recent announcement that Red Sonja and the Green Knight are teaming for Immortal Red Sonja did cause us to do a double-take.

Red Sonja is of course no stranger to worlds of fantasy and fable, but in her latest upcoming series, she’ll be coming face to face with some of the foundational players of the genre. She finds herself cursed by a mysterious chainmail shirt and seeks out the counsel of the legendary wizard Merlin. This take on her costume will be familiar to fans of the character, as homage back to her very first appearance as depicted by Barry Windsor-Smith.

Sonja will be meeting not only Merlin, but other characters from the lore, and she’ll be pursued by the infamous Green Knight. This mysterious character from the stories has been depicted in so many ways through the years, including in a recent critically acclaimed film, and this creative team will have their own take in his complicated dynamic with the She-Devil with a Sword. Bringing this story to life is writer Dan Abnett and artist Alessandro Miracolo.

“It’s worth saying that this isn’t just an arbitrary shift – just taking her and dumping her in a different fantasy realm,” said writer Dan Abnett. “The shift is all part of the metastory: she’s been magically sent into these new lands to perform a quest, and that ties very much into Arthurian lore, but she’ll meet many other elements of folklore on the way. We’re giving it a very cool, authentic, and realistic edge too. Forget the glossy Hollywood version, this is a grim and savage vision of what it would have been like if it had really happened.”