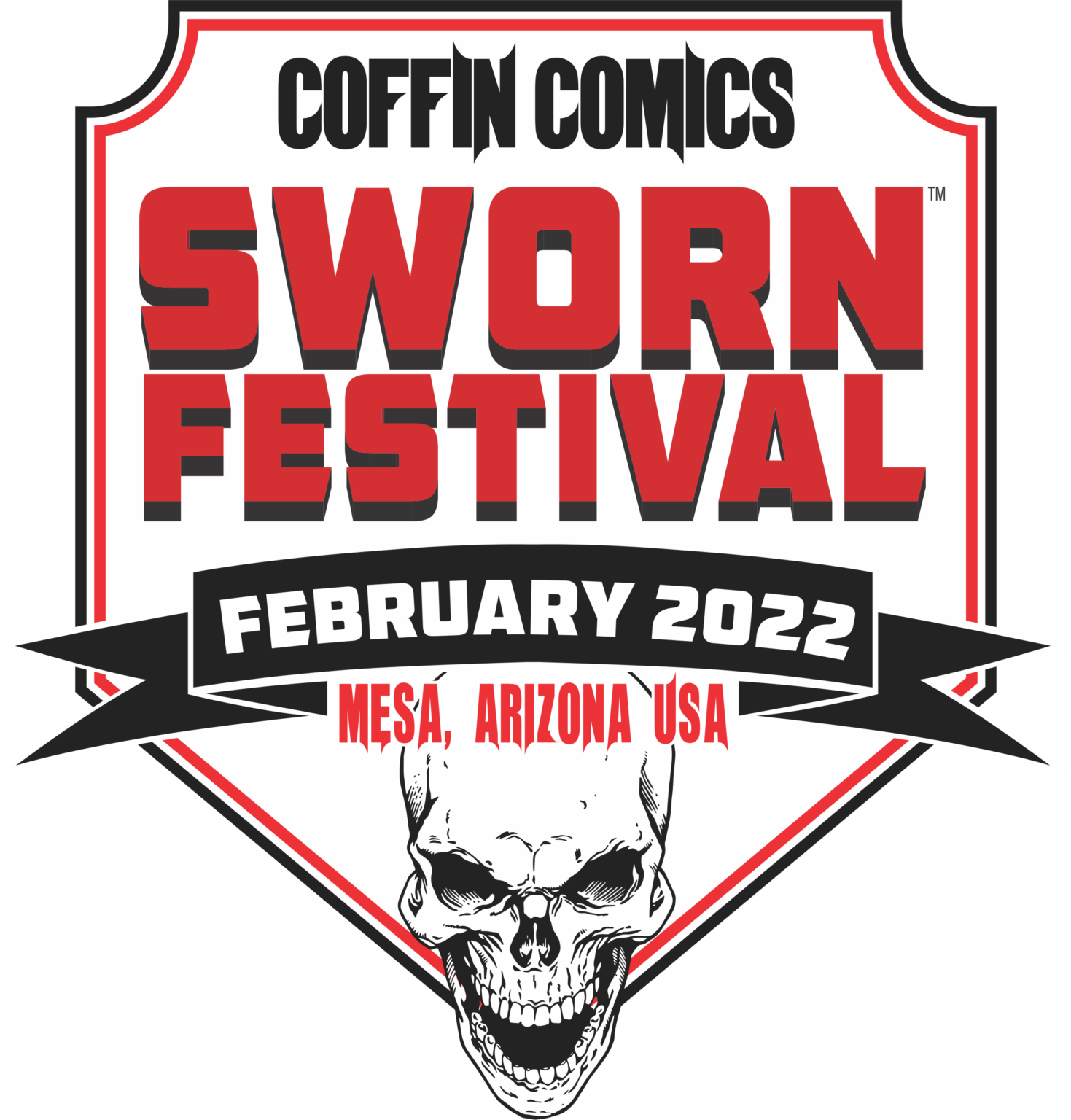 The primary location of the festival is at the Mesa Convention Center Building B in Mesa, AZ. In addition, attending guests can schedule a 45 minute guided tour of the nearby Coffin HQ (Coffin Comics “Headquarters”) to see The Pulido Archive, War Room, Coffin Comics Boutique, and never before visited areas of a working comic book publisher!

With a $40.00 weekend pass, the attendees will receive a collectible holo-foil ticket, a Sworn Fest exclusive Lady Death comic, access to the Friday night launch party, and a pre-order opportunity for many of the festival only comic book exclusives.

At Sworn Fest, there will be an “Instant” comic book edition made on the spot, artist commissions, book grading, a trading post (designated for guests to buy/sell/trade with each other), comic book jeweling by Princess Jewel, and more!

“It’s not an overstatement to say it can be a spiritual experience for many,” says Brian Pulido. “So come on down and attend!”