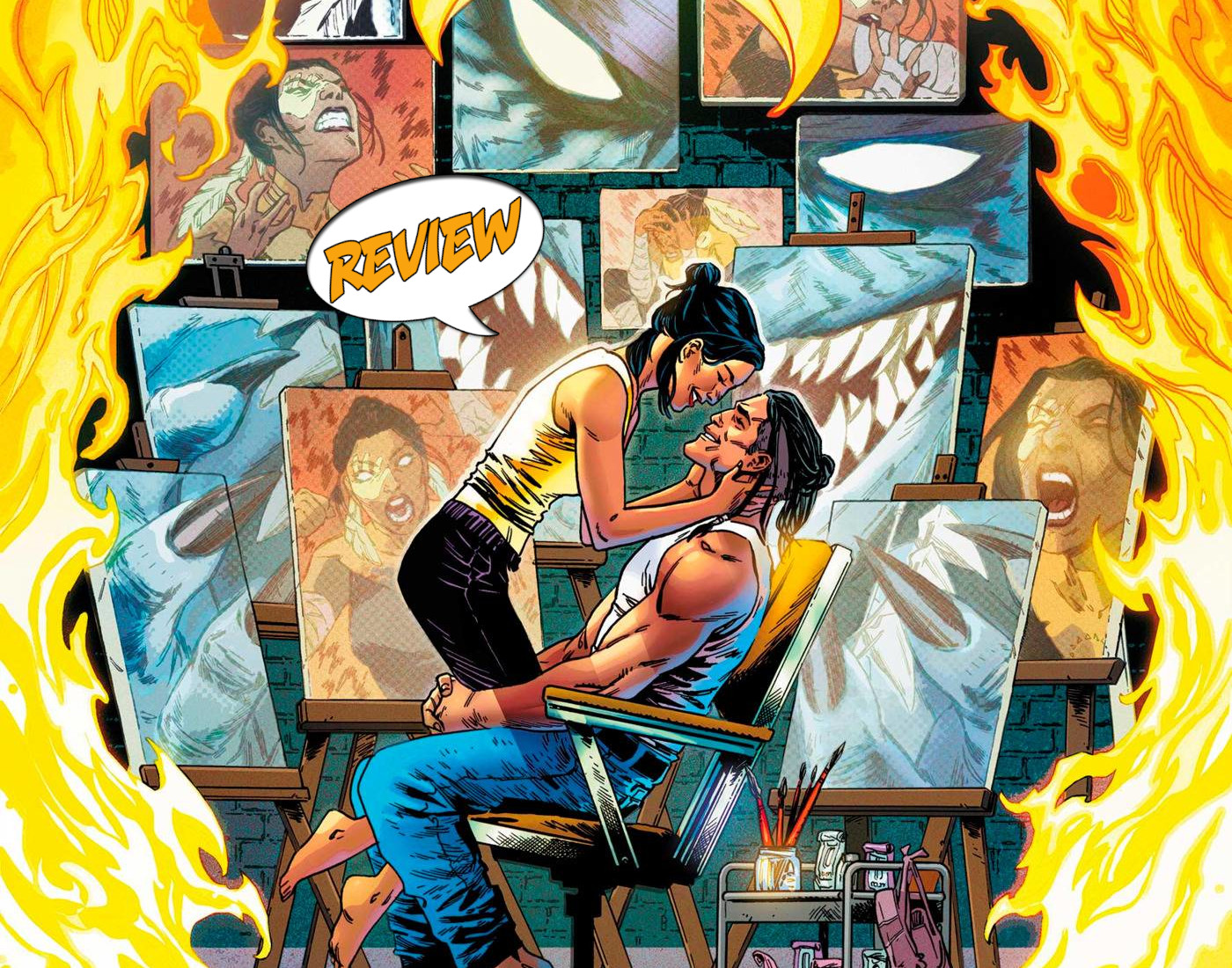 Echo is being hunted by The Adversary! Luckily, she meets River, who has helped her escape through time but is he really a friend? Find out in Pheonix Song: Echo #4 by Marvel Comics!

Previously in Phoenix Song: Maya Lopez, sometimes known as Echo, is the new host for the Phoenix. Because of that, she is now the target of the Adversary. While trying to control the Phoenix Force, she meets River, who helps her run away from her hunter. However, it seems that he was assisting the Adversary until he had a sudden change of heart. River has the power to travel through genealogies and is taking Maya through time to visit her ancestors. One of Maya’s relatives also was the host of the Phoenix, who told her to face the Adversary on her own terms.

Phoenix Song: Echo #4 surprisingly begins with Maya living and dating River and is a successful artist in New York City. She is opening a new art gala when she suddenly notices a fire across the street. She immediately leaps into action and rescues two people while having weird visions. River tells her to leave the heroics to the superhero and play it safe.

River wakes up from his injuries and meets with a previous host for the Phoenix back in the real world. She tells River that Maya is in the center of the Pheonix power, and he must die to help Maya. In the present, Forge finds River’s body.

WHAT THE HEART WANTS

I am a little surprised by the direction Phoenix Song: Echo #4 went. The last issue foreshadowed an epic showdown between Echo and The Adversary. Instead, we see a mental battle that Maya doesn’t seem to know she is fighting. And on top of that, we have a plotline that River had to sacrifice himself to make things right. This is an excellent direction for the storyline, but I don’t think the previous issues set this up very well. Was the goal to have this huge plot twist? Maybe if I reread the first three issues, I’ll see the clues of a romance between River and Maya and evidence of this mental battle. Or perhaps it reads better as a trade paperback than in individual installments. Despite that critique, I think it is a fantastic place to take that storyline, and I am excited to see how this concludes in the next issue.

I am a huge fan of Echo, and I am ecstatic that she got her own title, albeit a miniseries. The creative team is doing a great job with the writing, art, and colors. And I hope we see more of her after this title ends. 4 out of 5 stars for Phoenix Song: Echo #4!

Phoenix Song: Echo #4 sets up an incredible storyline and a great direction to take the title character.